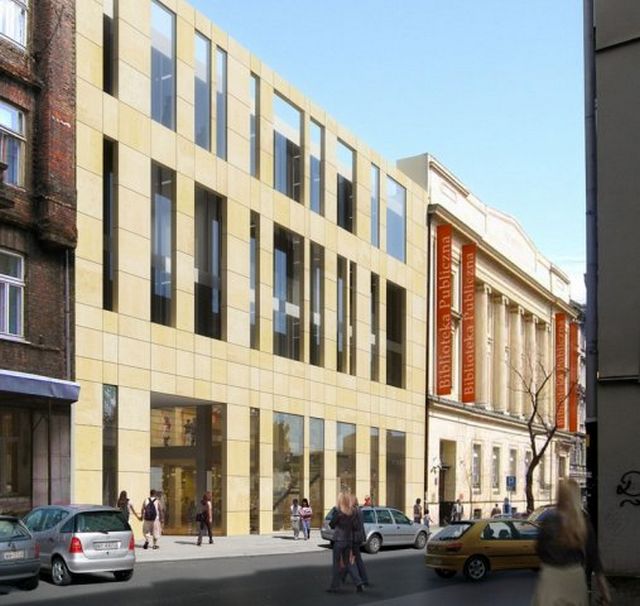 Arch. Andrzej Bulanda, principal of Bulanda Mucha Architekci, will be a speaker at INGLASS Budapest 2017, where he will talk about remodeling a Warsaw historical library with the intensive use of glass.

He was a Kościuszko Foundation scholarship recipient as a visiting scholar at the Harvard University Graduate School of Design, and held a visiting professor position at Penn State University.

Since 1991 he has headed Bulanda & Mucha Architects in Warsaw with co-founder Włodzimierz Mucha. In 2015, the practice received the Honorary Award of SARP (Association of Polish Architects), the Association’s highest award for a lifetime achievement. They are also winners of the competition for a mezuzah for the Museum of the History of Polish Jews (2012) and have won second prize in the competition for the plastic & spatial concept of the Museum of Polish History (2011).

He has won numerous awards and competitions, as well as authored many articles and publications in industry press such as Architektura-Murator, and Architektura & Biznes and “Conversation about architecture” — interview with a professor Jerzy Sołtan (GSD Harvard).