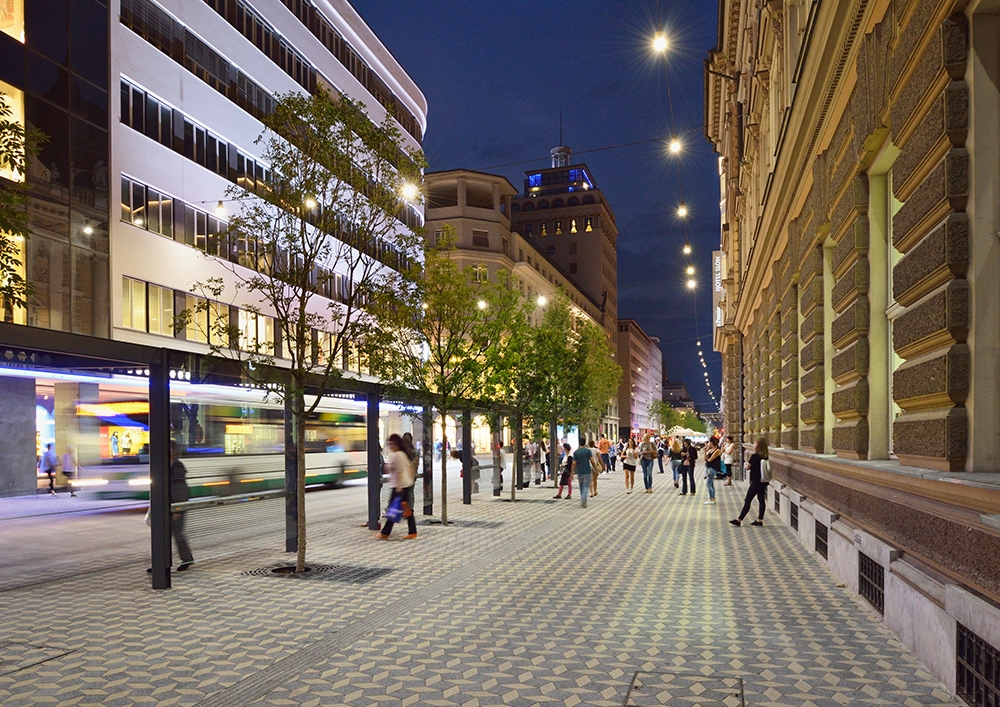 Tomaž Krištof is an active architect in the field of public spaces and buildings. Along with a team of architects he managed to transform the main street in Ljubljana into a place for urban diversity. By designing a space which promotes sustainable mobility and public transport in the very centre, the city has made a key step in its transport policy, and completed one of the key projects in the European Green Capital 2016 project. In this way, the main avenue of the city, Slovenska Street (the Slovenian street) has became an animated part of the social life. The renovation of Slovenska Street in Ljubljana was awarded the Golden Pencil award by the Chamber of Architecture and Spatial Planning of Slovenia for excellent execution. 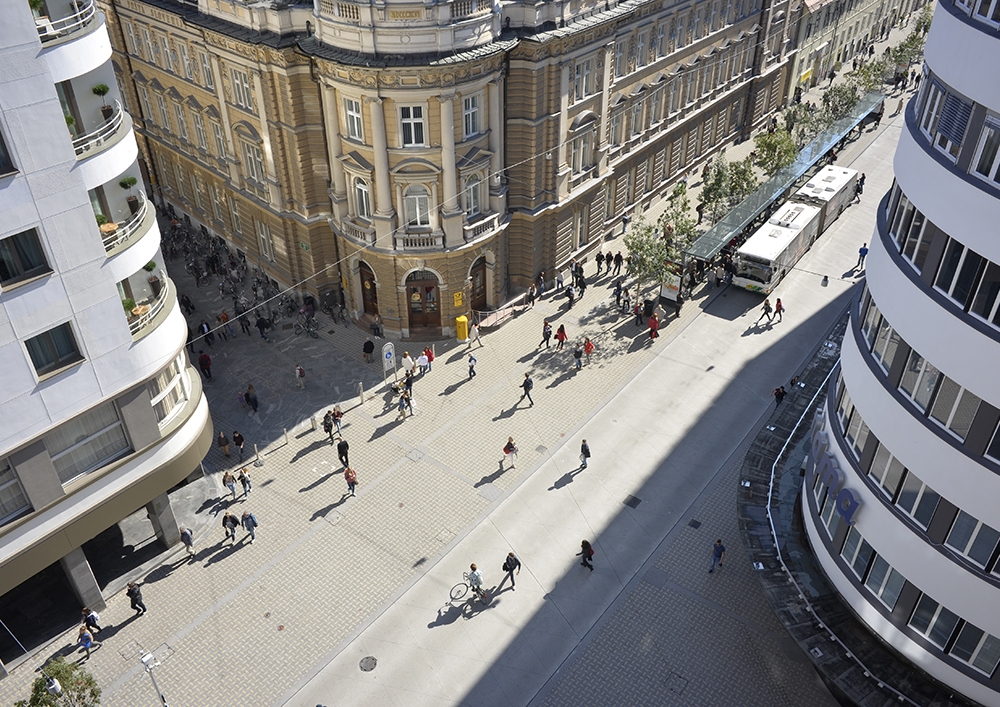 An adventurous project is the proposal for a Dubai centre for cultural activities. The concept took its inspiration from the image of the caravan crossing the desert. The tower has been defined as homage for the pioneers who have the courage to explore the unknown. The proposed addition to Dubai’s skyline is a symbolic and expressive structure with a strong sense of identity and character. Rising to a height of 165 meters, the tower’s dynamic form gives “a sense of movement and detachment from the ground.” 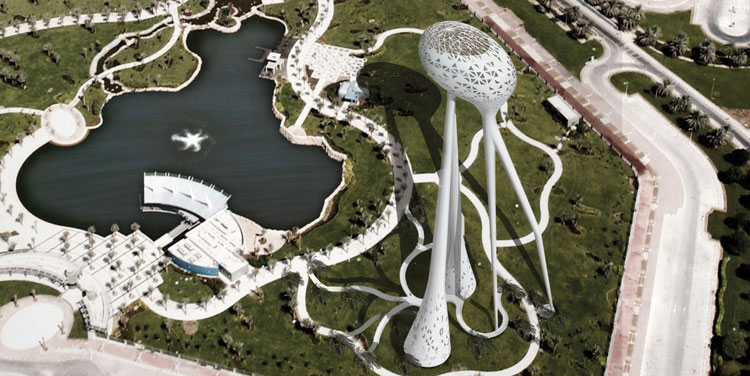 The architect has played with the organic form, giving the observer the chance to choose what he decides to see in his representation:

Its organic form is taking advantage of having almost no program by being almost a non-building. It can be anything: a camel, as suggested above, an imaginative surreal painting brought to live, an alien coming to check out if the city is really going to build the world’s first space port for the tourists, a walking tower and a tripod from early sci-fi movies. With most of the mass concentrated at the top, it undoubtedly resembles the human will to move forward, to reach the heights – it is a symbol of a new era of mankind, standing at the edge of the city that brought the old era to its highest point. 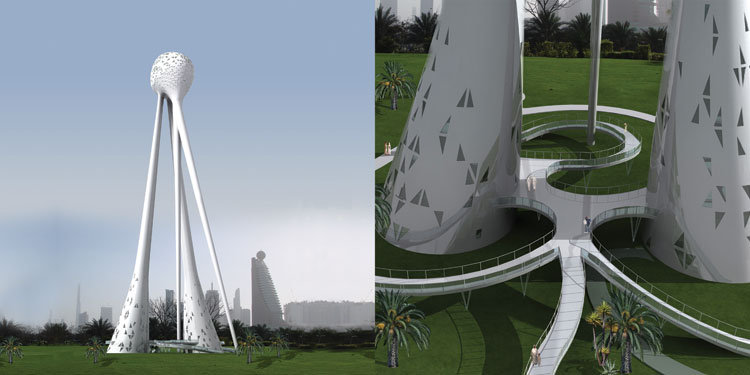 Tomaž Krištof graduated at the Faculty of Architecture in Ljubljana in 2002 and is a postgraduate student at the same faculty since 2011. Working at Reichenberg architectural studio in Maribor and Sadar+Vuga in Ljubljana and Rojkind Arquitectos in Ciudad de Mexico until 2008, he established his own practice Studio Krištof in 2009, the DueDiligence trademark in 2012 and Dominium Company in 2016. Since 2017, he has been a member of the managing board of the Chamber of Architecture and Spatial Planning of Slovenia. Between 2014 and 2016 Krištof was a technical assistant at a seminar by Prof. Jurij Sadar at the Faculty of architecture in Ljubljana.

His doctoral thesis is entitled “Architecture as deer antlers of the community” is research the way of societies and social groups represent themselves through architecture and the influence of this representing has upon architecture and architectural styles. In recent years Krištof is involved in integral renovations of apartment buildings built in the 1950s and 1960s, his work has been presented at several conferences and roundtables, International Architectural Exhibition in Venice in 2016 (at the Slovenian pavilion) and at the Architecture of Necessity exhibition in Småland, Sweden. 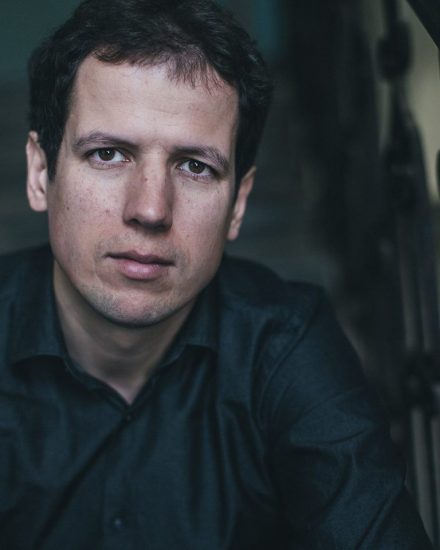 Tomaž Krištof will be the chairman of SHARE Ljubljana 2019.

SHARE Ljubljana will take place on the 14th March at InterContinental Hotel Ljubljana and is organized in a wonderful partnership between ABplus events, PROEVENT Association and Chamber of Architecture and Spatial Planning of Slovenia. He will also be joining SHARE Skopje as an honorary guest, on the 19th of February, which will take place at Filharmonija Skopje.

SHARE Ljubljana 2019 will gather international and national speakers to celebrate architectural excellence through their most recent internationally acclaimed. Until now, speakers from countries like Finland, Turkey, Romania, The Netherlands, Slovenia, Croatia, Israel, and Slovenia confirmed their presence to SHARE in Ljubljana.