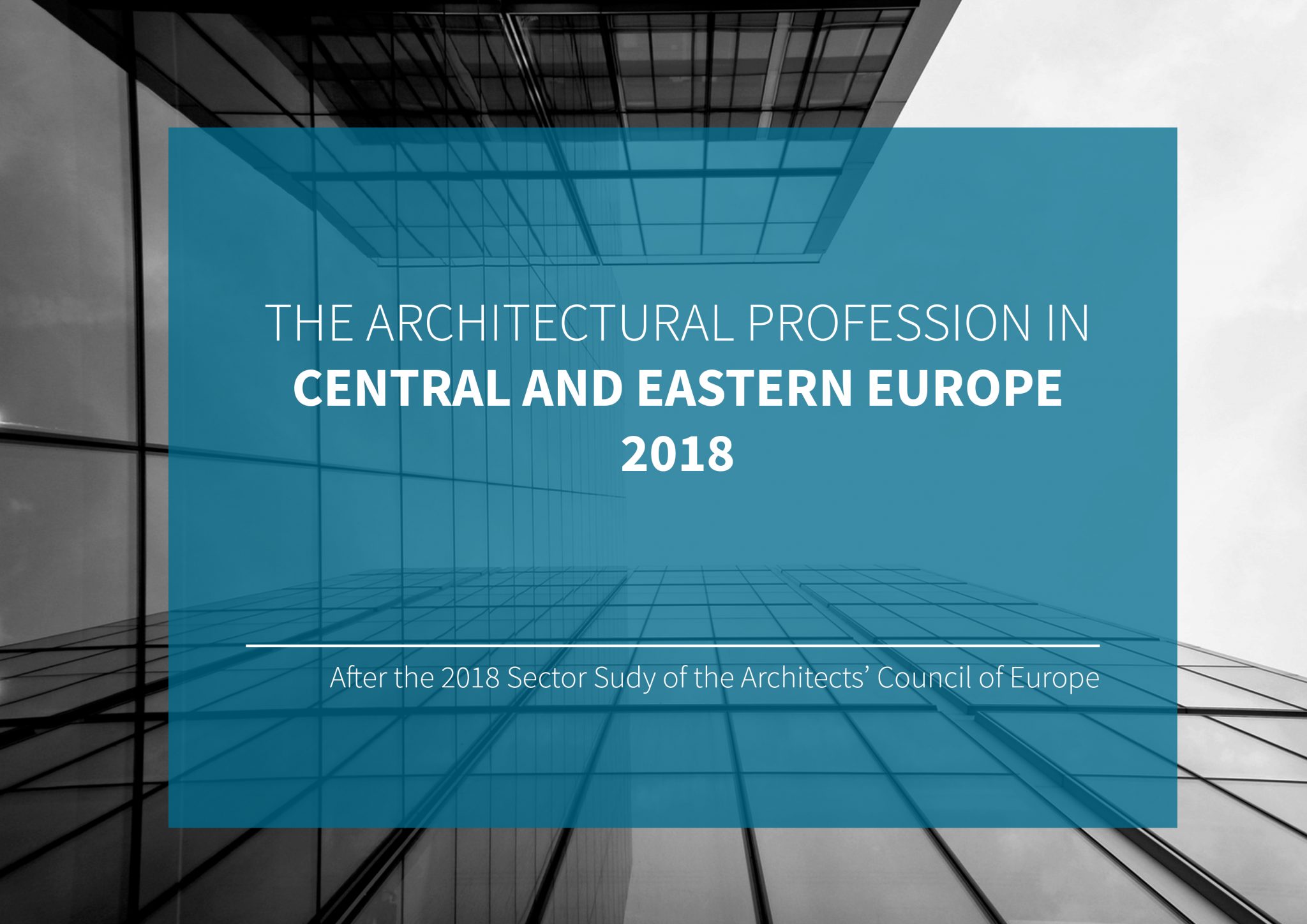 After the 2018 Sector Study of the Architects’ Council of Europe

The EU institutions classify Architects as being part of business services or the construction sector, but our interests differ from those of industry; we are working for the quality of the built environment, for architectural quality and for a better life for the people using it. And this is reflected in the structure of the profession. We are not an industry, or even part of it; we are, by huge majority, small or even micro enterprises. This is clearly shown by this Sector Study in the structure of the profession. 71% of practices are one person practices, 25% are 2-5 people, 3% are 6-10. The legal form shows a slightly different picture. Looking at the last two studies 50 to 60% are working as independent architects, 7 to 10% in partnerships, and 20 to 30% have established a limited company.

On the other hand we see that the income of architectural practices is of moderate scale, and these factors show, that the huge majority of architects are not motivated by income, money and business, but are committed people, having in mind the quality, and let’s say, the beauty of what they are doing: the design and the appearance of the built environment.’

(Georg Pendl, ACE President, in the Foreword of the 2018 Sector Study)

It is a cyclical move; as the profession moves into a more positive economic climate, many of the architects who established one or two person practices during the economic crisis either grown their practices or moved into larger practices. There are estimated to be substantially fewer practices in Denmark, Finland, Germany and Italy compared with the previous survey in 2016.

Well over half of architectural practices consider themselves to be “independent architects”, working on their own. This is the main form of architectural business in many countries; more than 80 percent of practices in Italy and Greece are ‘independent architects’, and more than 60 per cent in Germany, Malta and Spain. The next most popular legal formation of a practice is a Limited Company, accounting for 20 per cent of all practices across Europe but more than 50 per cent of practices in Croatia, Hungary, Poland and Romania.

Fewer practices participated in an Architectural Design Competition in 2018; 12 per cent, compared with 20 per cent in 2016. But maybe as a consequence, the success rate was 43 per cent, rising to 58 per cent for private sector competitions. The highest level of participation in competitions is in Austria, Estonia, Luxembourg, France and Czech Republic.

Practices made, on average, 2.3 bids for projects advertised in the OJEU (Official Journal of the European Union), during the past year. The figure was substantially higher for practices in the Netherlands and Belgium. In response to a new question for 2018, 78 per cent of architects said that they had experienced difficulties as part of the bidding process for OJEU advertised projects. About 40 per cent of these respondents reported they had a difficulty in fulfilling the minimum turnover threshold; while nearly as many felt the process was too onerous. More than 30 per cent thought the bidding process was too costly, or that they had insufficient past experience. 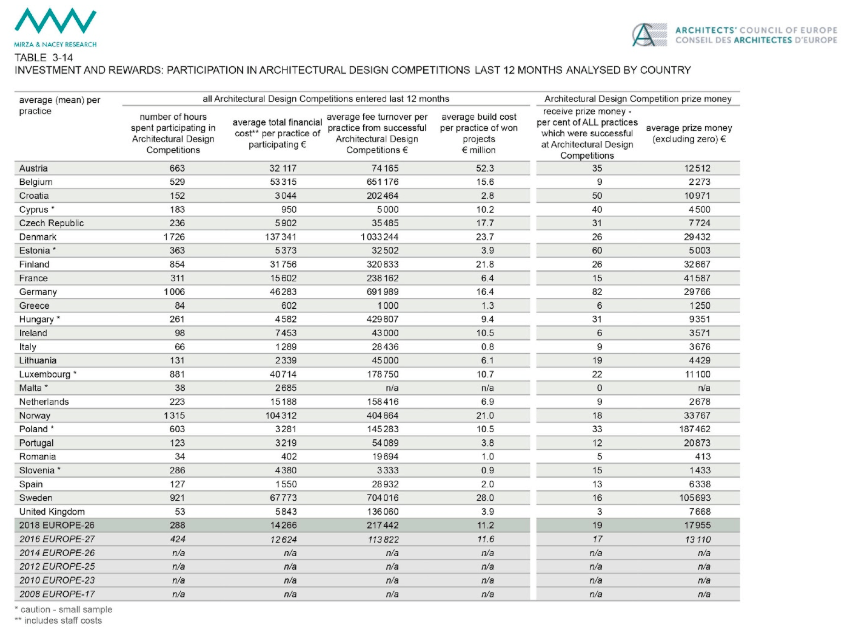 This survey from 2018 shows that Architects’ earnings continue to recover from the economic crisis although earnings are still not as high as they were in 2008. The average of all architects’ earnings is €32 700 (adjusted for PPP). This is 2 per cent higher than the 2016 survey figure, continuing a gradual upward trend which started after 2014. The headline rise is tempered by the finding that average earnings have barely changed, or even gone down, in several countries. In two countries, Poland and Greece, average earnings have trended down over the last ten years and are lower now than in any of the previous surveys.

The SHARE FORUM brings together each year hundreds of practicing architects and contractors from Europe, Asia and the United States of America, becoming one of the essential networking platforms for the construction-related fields in Central and Eastern Europe. Its annual editions are a constant relevant presence in Albania, Bulgaria, FYROM, Greece, Hungary, Poland, Romania, Serbia and from 2019 in Latvia and Slovenia.

The following charts show the ACE Study of the countries in Central and Eastern Europe, where the SAHRE Forum is held each year. The exceptions are Albania, FYROM and Serbia which didn’t provided data for the 2018 Sector Study.