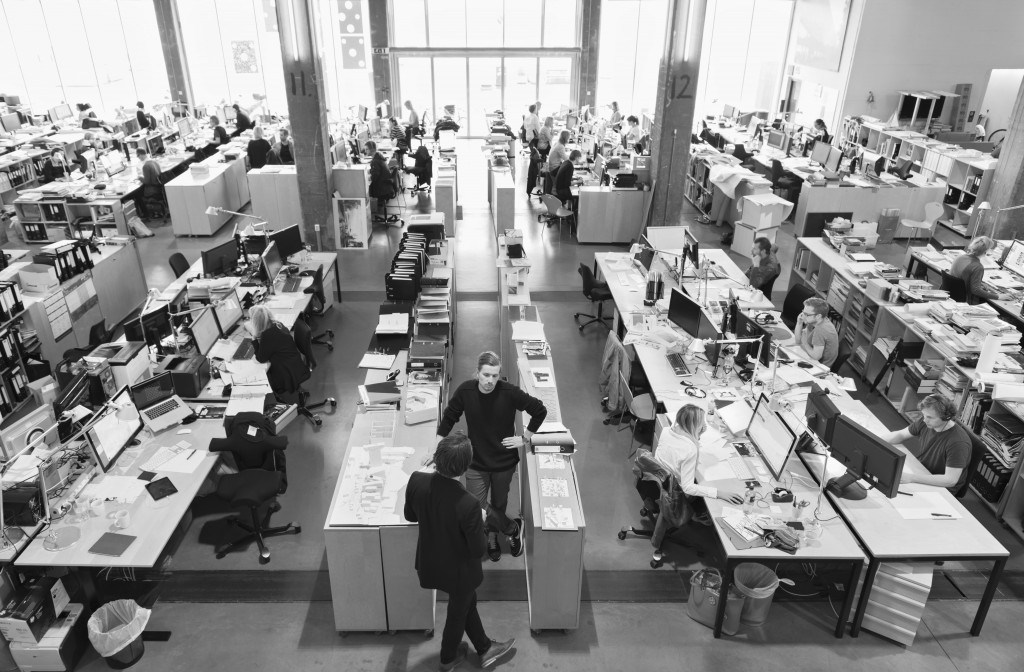 Snøhetta is a place that nobody is from, but anyone can go to.

Norwegian architecture office Snøhetta has completed a diverse range of international projects, including the Alexandria Library in Egypt, Norwegian National Opera and Ballet, the World Trade Center Memorial or the new SFMOMA Expansion. Snøhetta is currently involved in numerous projects in Europe, Asia, Africa, Oceania, and the Americas. Their work covers designs at all scales, from museums, landscapes to beehive, cutlery, reindeer observatories, graphics, and dollhouses.

Snøhetta’s architecture is undoubtedly always in search for innovation, a sense of identity and a powerful connection to the environment, but what individualizes them the most is definitely their exhaustive approach of the design process. They began as a collaborative architectural and landscape workshop, and have remained loyal to its trans-disciplinary way of thinking since its inception.

They work in multidisciplinary teams which include architects, sociologists, interior architects, and graphic designers. “Transpositioning” is the working method where participants are invited to break from their professional role and switch perspectives with others in the group. In this way, the architect becomes sociologist, while the sociologist becomes graphic designer and so on. They end up talking about the problem from an authentic and personal point of view, rather than using a method learned in architecture schools. Instead of fitting an individual into the group’s philosophy, Snøhetta finds it essential to benefit from each individual’s background and personality in order to shape the dynamic of the group. 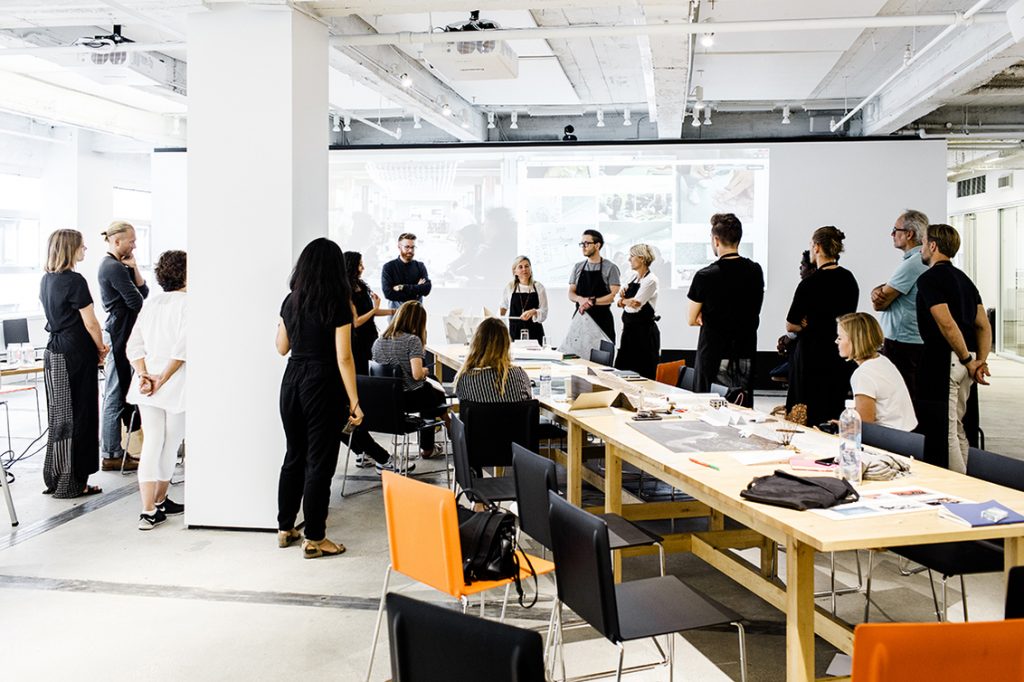 Our inclusive design approach means that certain conditions such as gender equality and a diversity of nationalities, ethnicities and ages, are fundamental to our process.

The design process becomes a holistic experience that requires an involvement beyond trained knowledge and tries to embrace the whole person into conversation. As a result, transpositioning “fosters a greater sense of possibility and builds empathy for the others involved in the process.”

Moreover, as Martin Gran – partner at Snøhetta said in an interview, the main concept is “to discuss and debate ideas without creating someone who owns the answer or getting stuck into authority roles.” There is no hierarchy in Snøhetta, there are founding partners, experienced architects, and interns but everyone’s opinion has the same value in the design process.

The open-minded approach is reflected also into the horizontal organizational structure of the studio that generates an open flow of information between colleagues. The office’s layouts are non-hierarchical, allowing all employees – regardless of role or profession – to sit together in an open studio.

In 2012, Snøhetta was the subject of an academic research project titled Idea Work that studied the design methodology of a selected group of creative practices. The concepts discussed in the book have summed up Snøhetta’s approach of architecture into three main drivers:

Generative resistance – “good ideas do not come if everyone agrees about everything.” – an objective and respectful criticism is crucial for the creative process.

When our work environment allows for craving wonder, it means that we are given room to interpret and generate new ideas. To see the special in the ordinary. To be in a state of mind where we do not know anything for sure. This is where a project moves into something new and unforeseen.

Liberating laughter “speaks to how playful energy and humor opens up people, situations, and ideas. It is a change of tone and atmosphere where we relax and free ourselves. “ 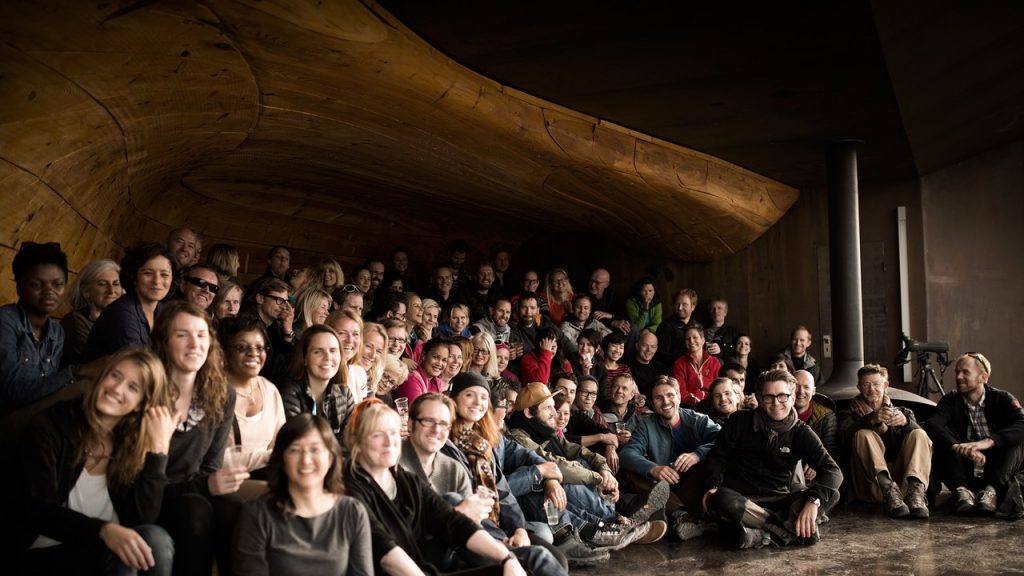 Arch. Martin Gran – partner at Snøhetta – will tell us more about Snøhetta’s philosophy and way of achieving harmonious projects from a diversity of ideas and people at SHARE Budapest 2019. Martin’s presentation will address Snøhetta’s approach to design at all scales. From recent restaurant projects such as Under, to hotel projects such as Svart, Snøhetta’s work thrives at the transdisciplinary intersection of architecture, landscape, interiors, graphics, and branding and product design.

Martin Gran is a partner at Snøhetta and Managing Director at Snøhetta’s Design company. With degrees in management, psychology, sociology and 20 years’ experience within brand-driven communication and design environments and projects, Martin is a versatile and professional advisor. His deep interest of the human mind combined with commercial understanding and ability, make him a strategic asset to design projects. At Snøhetta, he has led the design of Norway’s new banknotes, which went into circulation in 2017, the +Munch Exhibition series at the Munch Museum, along with projects for Barr and Under. His professional career spans from being Scandinavian Design Group’s New Business Director and Strategic Advisor, to planner for McCann Erickson New York.