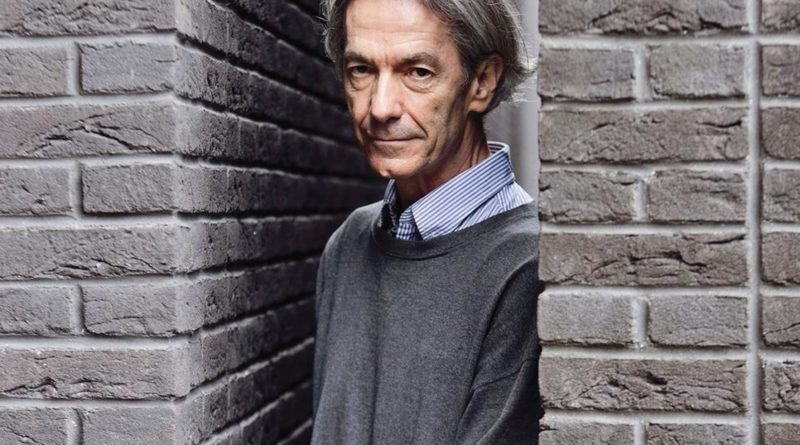 Renato Rizzi approaches research, architecture and teaching as a whole, trying to reestablish the ontological and metaphysical thought as intimately linked to the understanding of the contemporary condition of Architecture. In a video interview for SHARE  Architects, Renato Rizzi has spoken about the importance of the young architects in the profession: “Architecture needs young architects, a new kind of innocence. But innocence doesn’t mean to be crazy, it means to overwhelm the kind of artificial knowledge that today we apply without any consciousness. Architecture needs a lot of innocence.” 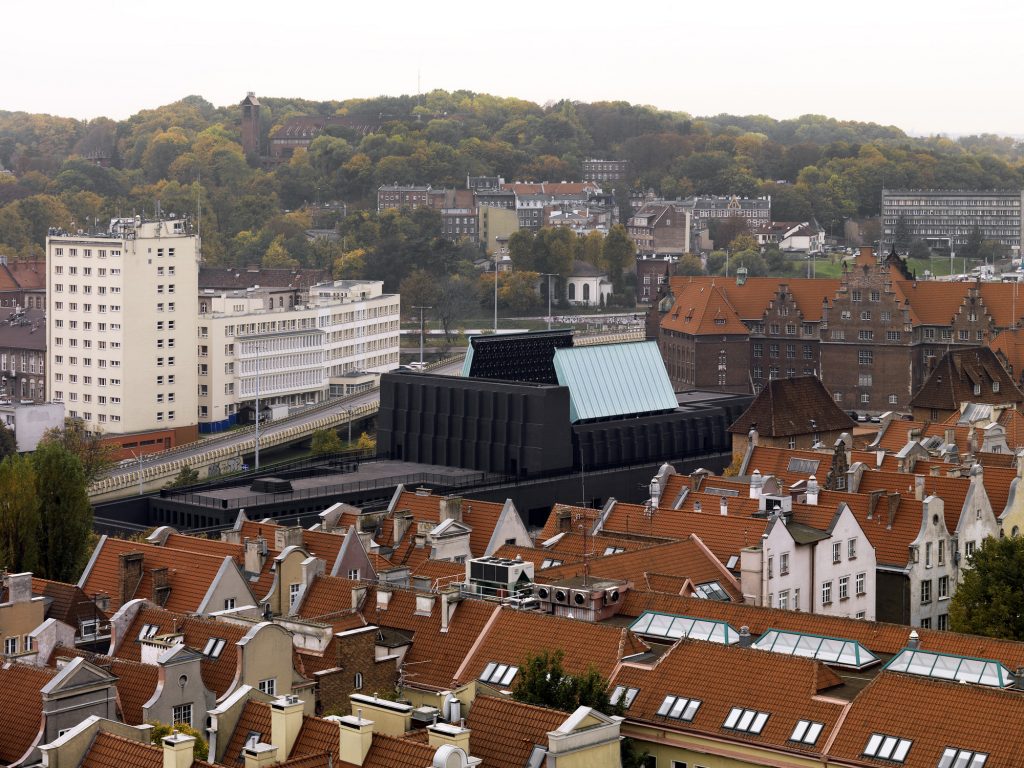 Renato Rizzi is an Associate Professor at Universita LUAV di Venezia, establishing a complex professional activity that constantly merges theory and practice. The period he worked with Peter Eisenman in New York between 1984-1992 contributed to the way he approaches architecture as a matter of philosophical thought.

Renato Rizzi has been a speaker at SHARE Forums during the past years and he was a member of the jury for the 2017 Romanian Building Awards. He was also interviewed by SHARE Architects on the theme “Designing the Profile of the Future Architect”. 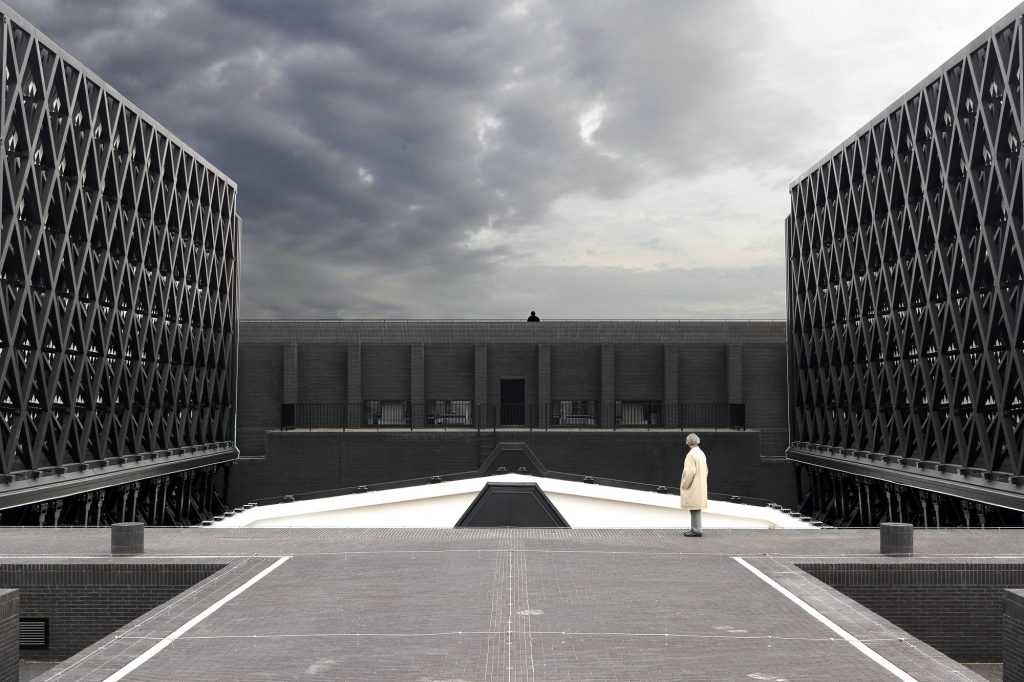 The Gdansk Shakespearean Theatre still remains the most important work of Renato Rizzi until the present day, project which has been carried out with the Q-arch local office, in 2004. The constraints of the context seem to directly point to the strong architectural gestures composing the project and determining complicated technical detailing that transform the building into a veritable machine; from creating a completely customizable dynamic performance hall to choosing a retractable roof, the design can be explained through a complex cultural interpretation of context. Nevertheless, as simple and direct as this relationship between design and context might seem, it determines a dialectical nature of the project and enables it to act as an articulation between inhabitant, the building as a performance act and the city. Its user goes from being a spectator to being part of an urban performance that he both views and enables by letting himself take contact with the public destined walkways around the building. 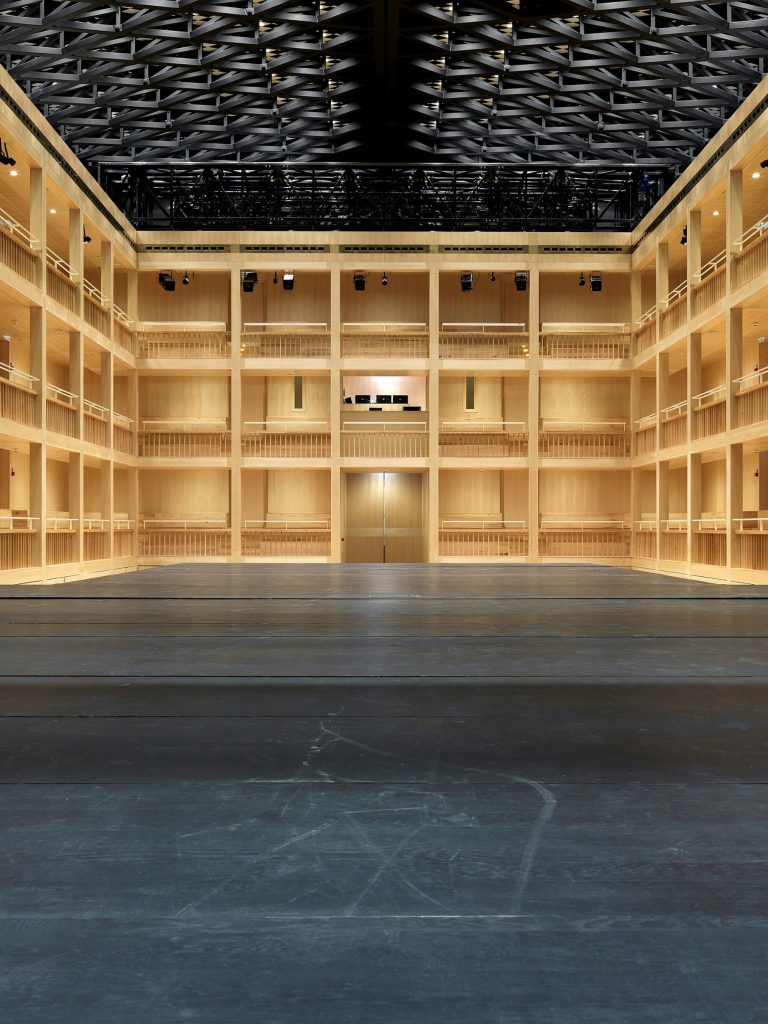 In a 2016 SHARE interview, Renato Rizzi described the Gdansk Project: “The real matter of the project comes from the Poland history, no doubt. For example, we face the question from SWW, until 2004, Poland was able to shift the gaze from East to West. Poland produced four  Nobel Prizes, in less than 20 years, so it means that the soul of the country is very strong, and the people spend a lot of time to reach and to explain very well this necessity of the soul, so the theatre comes exactly from that Horizon.”

When asked why he used brick in the project, he explained that “The color of the brick comes from Earth, comes exactly from the corner of the Earth, has to be dark, but also very rough, because the earth of Poland is very strong, but there is a bigger question, when you open a building, the building becomes void. But the void is a strong energy, because the void breaks everything, and how it is possible to have a shape that is able to keep together the energy of the void when you open something?”

This interchanging of roles echoes what the architect describes as the “reversal of political horizon” in Poland in the year 2004, both the year of the building completion and of Poland entering EU. The implication of such powerful and direct gestures as using a roof that can be opened for the theater hall transcends the considerable structural efforts in order to recreate an atmosphere specific to the Elizabethan arena of the Shakespearean plays – this is not merely a costly historical reference but a way of individualizing a representation of the world and thus a dialectical accomplishment of the project which was acknowledged at the 2015 Iconic Awards.

“There are two programs – one is the functional program, the techne, the second is the iconological or symbolic program and it comes from the arche in architecture.”


SHARE FORUM for the first time in Ljubliana in 2019

SHARE Ljubljana 2019 will gather international and national speakers to celebrate architectural excellence through their most recent internationally acclaimed work. Until now, speakers from countries like Finland, Turkey, Romania, The Netherlands, Slovenia, Croatia, Israel, Slovenia confirmed their presence to SHARE in Ljubljana.

Through the outstanding lectures that are concentrated on present and future, innovation in architecture and engineering, on explorations of new materials and technologies for designing a smart and sustainable built environment, SHARE Ljubljana will gather over 250 attendees.