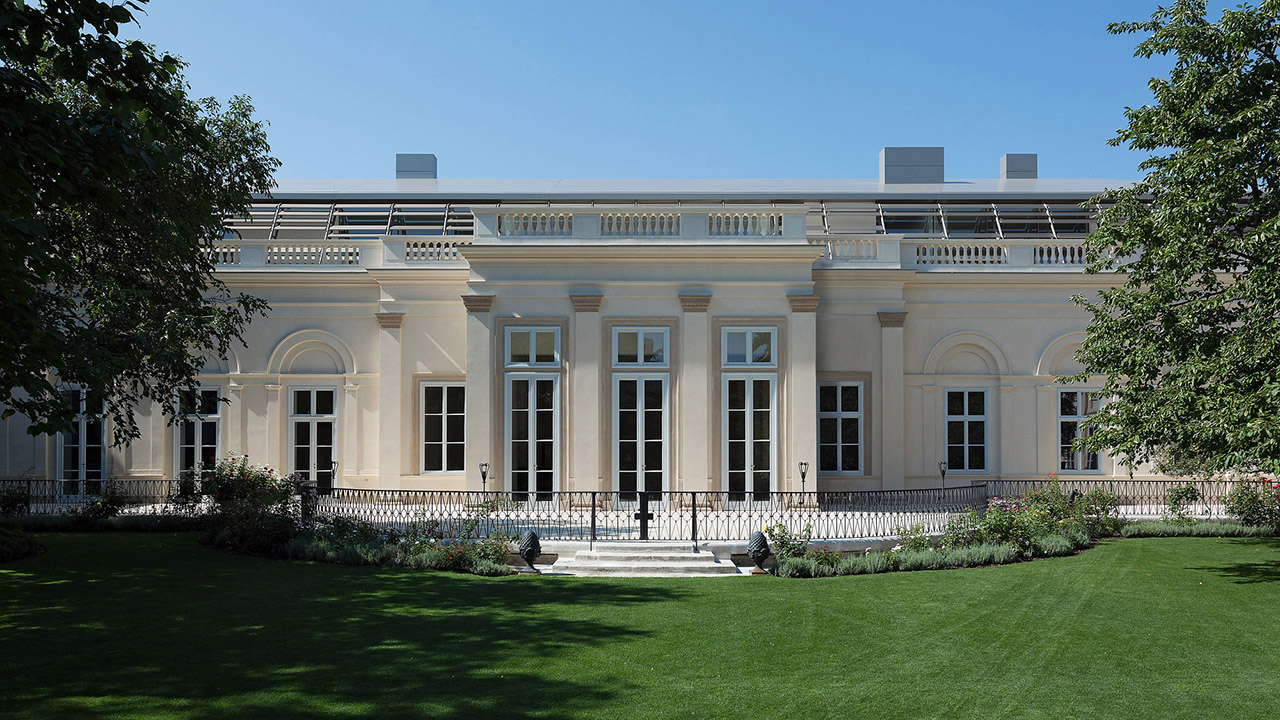 Arch. Johannes BAAR – BAARENFELS of BAAR BAARENFELS Architects will be a guest speaker at GIS Budapest 2017. His architecture studio received the first prize in the “New and Old” category at the 2013 World Architecture Festival in Singapore for Palais Rasumofsky. This project was also presented at last year’s GIS Warsaw.

Arch. Johannes Baar-Baarenfels studied at the Technical University of Vienna, where he received a Diploma with Professor Helmut Richter. He has held lectures at the universities in Sofia, Bucharest, Timisoara, Vienna and Mumbai. He founded Baar-Baarenfels Architects in 1991 and was Assistant Professor at the Institute of Architecture and Design, Technical University of Vienna between 2002-2008. Arch. DI Johannes Baar-Baarenfels is a Member of the Viennese Chamber of Architects and has presented at the Architecture Biennale of Venice 2014. 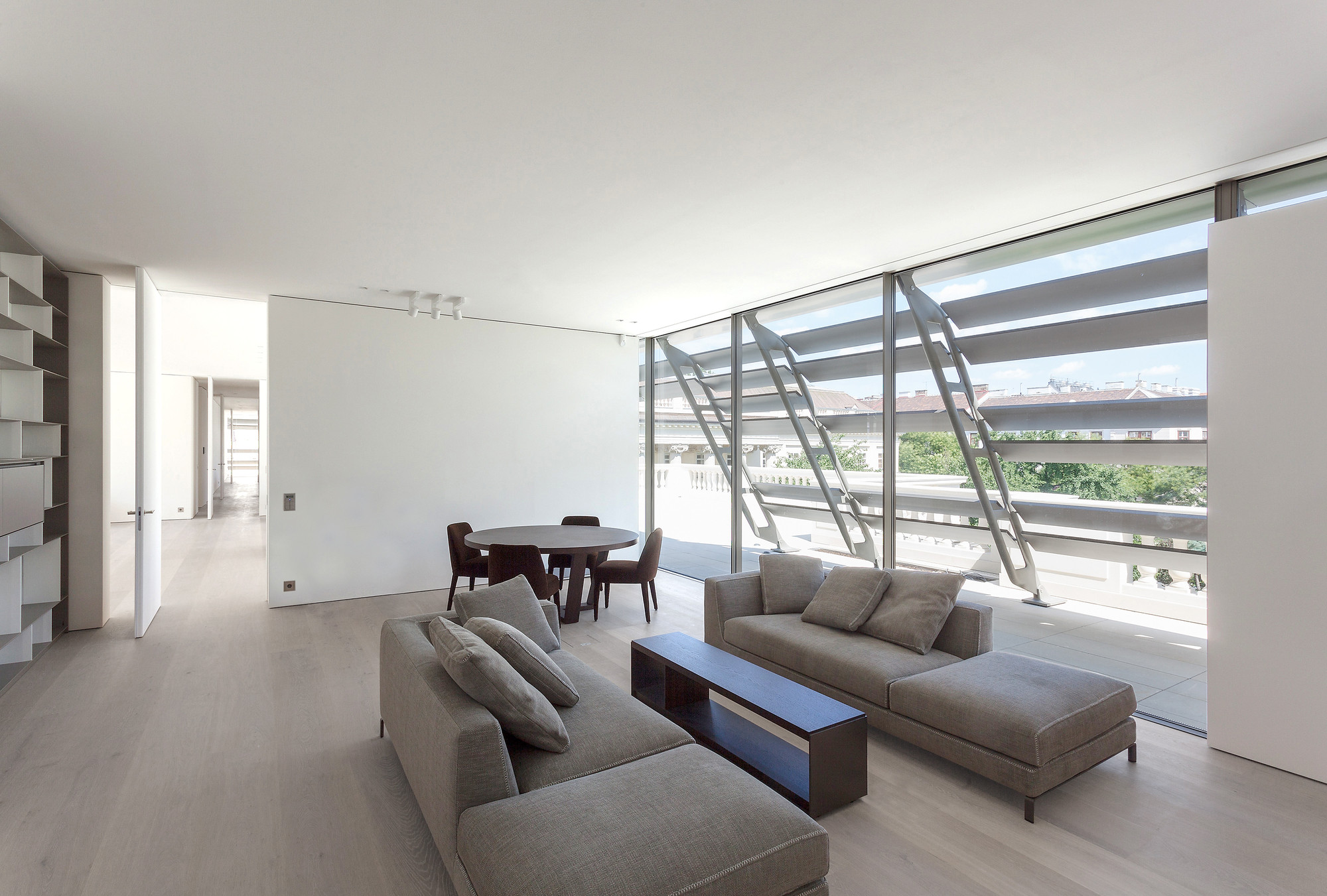 The palais was built for Andrei Kirillowitsch Duke Rasumofsky, the former Russian ambassador under Czar Alexander during the time of the Viennese Congress of 1806. As a patron of Beethoven and the flourishing art movement, Duke Rasumofsky selected Belgian architect Louis Montoyer to create the ensemble of three buildings with a floor area comprising over 11.000m2 surrounding a central park located in central Vienna. Alois the 2nd, Duke of Liechtenstein, resided in the palais from 1838 -1873 which later became state owned shortly thereafter before being acquired recently by two significant contemporary art collectors who commissioned the conversion into an art foundation and private residence.

The central building was damaged during World War II and poorly repaired and maintained during the post-war period leading to significant problems. The building is listed as a historical building and, therefore, careful reconstruction and analysis of new strategies was conducted in order to enhance the overall building structure. All unauthentic elements, such as the roof, stairs, and interior wall modifications were demolished and a new vertical circulation scheme was developed with the addition of an underground parking structure and support spaces. 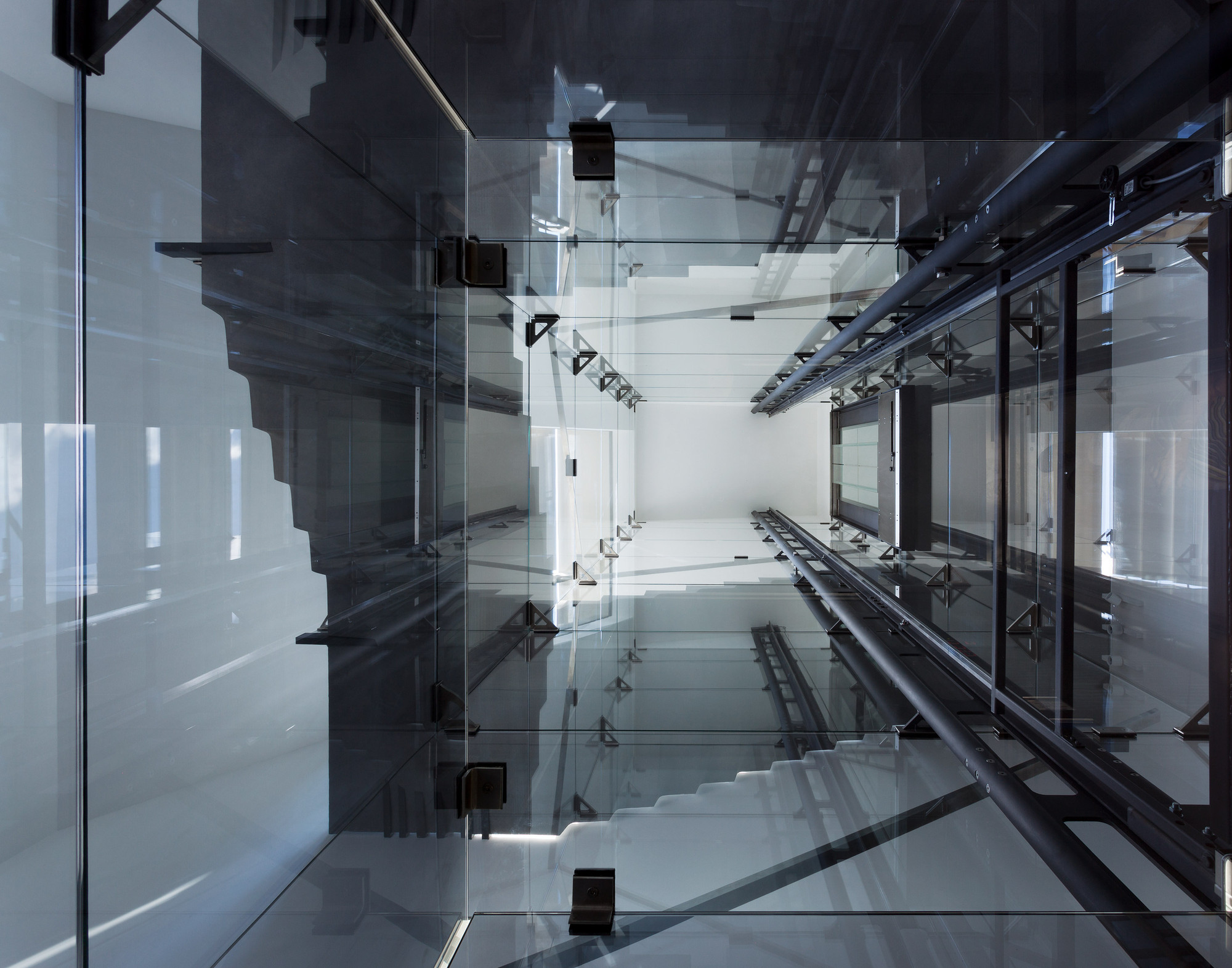 The new aluminium roof envelope is supported by a steel truss system articulated by a series of Vierendeel trusses in alignment with the existing building. The penthouse apartment is surrounded by terraces and incorporates vertical full height glazing allowing a transparency with integrated sun protection fins to provide solar control. The roof sun protection made from extruded aluminium fins provide shading and framing different degrees of exterior views. The primary constructive structural roof element is a cast steel support adding plasticity in dialogue with the surrounding empire style balustrade.

The ground floor is primarily a 6 meter high art gallery space with two larger spaces connected by the insertion of a new second level gallery space spanned between two free-standing angled concrete slabs. The newly created reinforced organic concrete staircase is sleek in appearance due to the tapered structural form. A series of 3D milled moulds were used to create the complex free form geometry and providing an elegance to the vertical form without a physical connection to the wall support adding a lightness to the structural shape through light and shadow articulation.

The 13.7m main elevator shaft is encased with self-supporting glass panels with an angled jointed steel plates to increase an overall lightness and transparency. The interior cabin is black glass on three sides and a glass ceiling to enhance the vertical experience connecting the existing historic spaces with the contemporary rooftop spaces overlooking the central park and adjacent buildings.