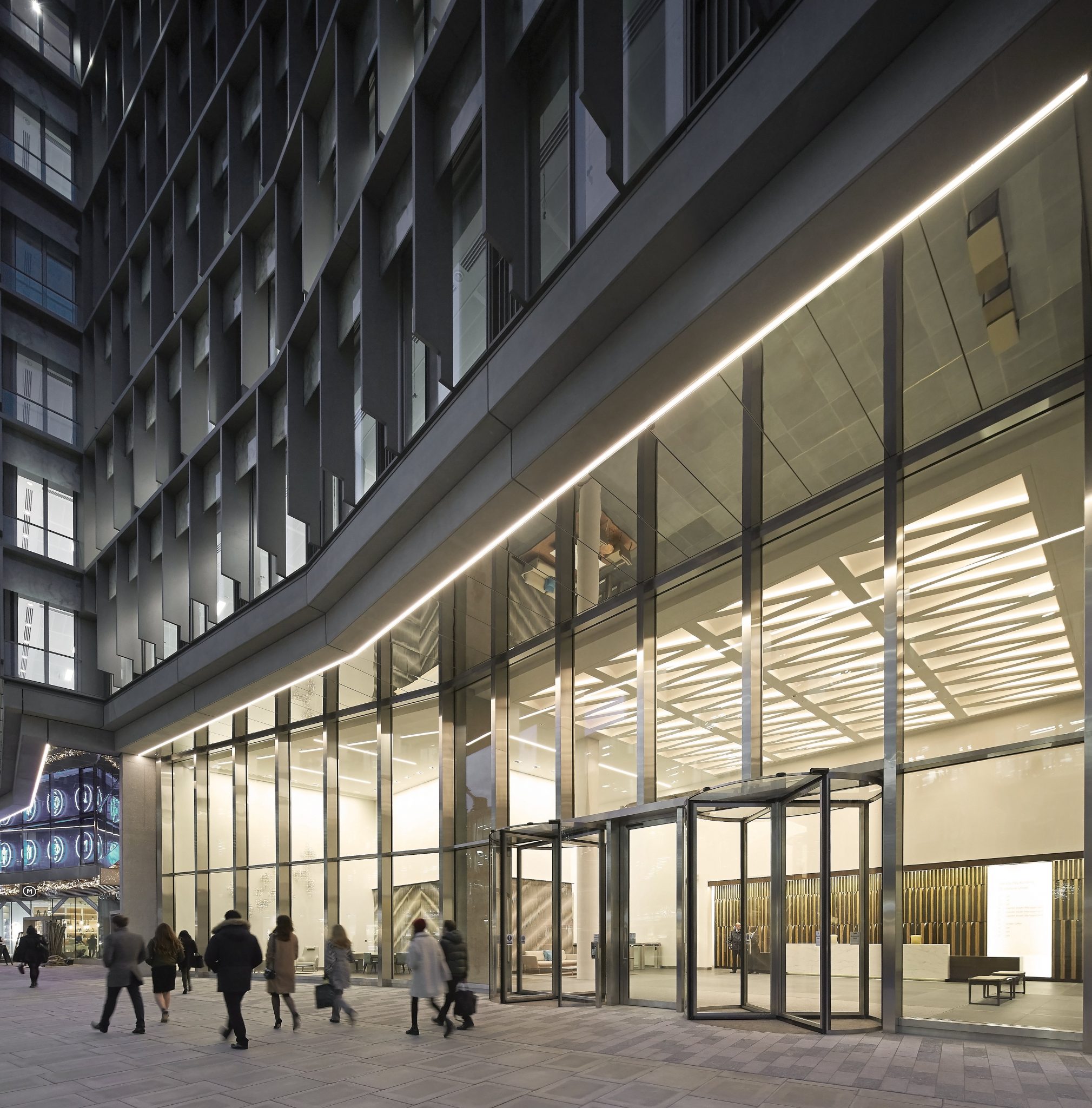 Dr Patrick Lynch will attend the New Cities Conference in Cluj-Napoca, with a presentation about The Zig Zag office Building , one of the most successful recent architectural interventions of its kind that makes a statement both stylistically, “restoring some character” to the “bland and alienating business district” of London’s Victoria Street, as well as ecologically, far out performing current regulations and creating a new business model for office buildings.

The founding director of Lynch Architects, a practice whose work has been published and exhibited widely, including at the Venice Biennale in 2008 and 2012, will offer some insights to a design approach relatively unusual for an office building, a creative strategy born from the need not to dominate the neighbours and wanting to reconcile, both spatially and in formal terms, the urban and technical aspects of contemporary office design. Thus, the result stemming from such a direction materialises itself into an exemplary model of ethical, commercial and artistic development.

The architect, author of “The Theatricality of the Baroque City (2011)” and “Mimesis (2015)” with a new book entitled “Civic Ground” to be published this year, approached the design of the Zig Zag Building as a case arguing for the possibility of creating a synthesis between the best lessons provided by  “Postmodern urbanism with a revived language of modern architecture”. Finding inspiration in notable readings such as Leatherbarrow’s Architecture Oriented Otherwise, Lynch creates a commendable example of civic architecture, with a strong belief that “the renewal of civic architecture and the recuperation of modern city quarters”  is the task his generation should face.

As part of the current shifts aiming at restoring the business district of Victoria Street to its pre-war diversity in character and function, the Zig Zag Building has been described in the Architects Journal as “the best project, by some distance”.

Through this new construction that replaces a slab block building that contributed to the “oppressively canyon-like character from which much of Victoria Street still suffers”, the architect also aimed at making a statement against ideologies that favour “stylistic conservatism”  against “discussions about context grounded in spatiality and ecology”  and heritage approaches that disregard modernist architecture.

Thus, the office building that demonstrates the capacity of modernist architecture to heal some of the damage caused by twentieth century road-engineering successfully reinforces the presence of a high street, opens a number of pedestrian routes and creates public spaces animated by a variety of uses. In addition, the upper floors open onto a generously planted roof terrace, while the public spaces are stocked with Acers, species chosen for its vibrant seasonal foliage.

The “subtly cranking façade”, one of the most unique features of this construction, sits in deep contrast to the reflective and mute neighbouring commercial developments, with its deep-framed apertures and play of shadows. The shutter element is designed in such a way that it allows cross ventilation and it forms a Juliette Balcony when fully opened. Various elements such as big openings, bronze-coloured, solar-shading fins which allow partial natural ventilation have been designed with a dual purpose: to enhance the creation of a pleasurable working environment and to future proof a building with an unusually high environmental performance.

The architectural intervention is designed with a 60-year life expectancy in order to “protect the urban morphology from the building’s possible obsolence”  as Lynch states in an interview for AJ. To achieve this, the Zig Zag offices feature high levels of solar shading, capillary cooling pipes in the exposed concrete soffit and a high quality finish.

Besides achieving Excellent in the BREEAM examination, the building is designed with a long-term thinking that makes an allowance for natural ventilation of the offices in a future with more silent, non-polluting cars.

Besides being the founder of Lynch Architects, Dr. Patrick Lynch, currently a professor at The Liverpool School of Architecture has also taught at the Architectural Association, London Metropolitan University and University College Dublin; he is also lecturing on The History and Theory of Architecture department at Cambridge. The architect represented Ireland at the Venice Biennale in 2008 and his works were exhibited at Venice again in 2012.

Young Architects of the Year 2005