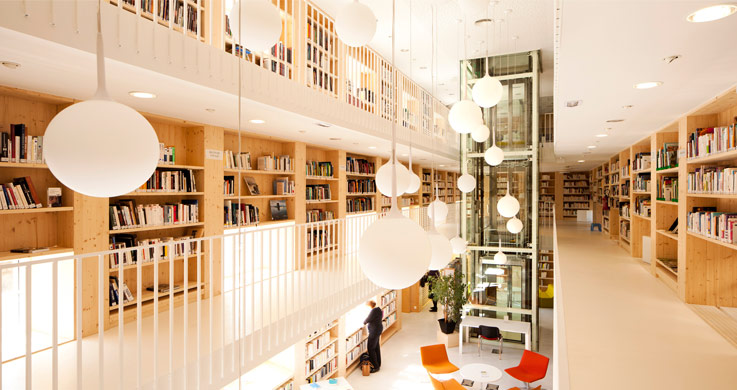 Cédric Ramière, architect associate at Coco Architecture, will talk about the Big Gourdon Intercommunale Library project, winner of LEAF AWARD 2014, in the Education & Culture & Public Spaces Plenary Session of GIS Bucharest 2016 (March 22 – 23), with the support of the French Institute in Bucharest.

The Gourdon municipal library, situated in the town’s historical centre, is currently set up in the ground level an old school, with the first floor a disused apartment. The purpose of this redevelopment is to utilise the whole building, to extend the current library, offering storage and direct access to 30000 books.

For this style of library programme, one needs 300m² to stock 10000 works. The available surface area adds up to only 500m² over the three levels, yet 900m² is needed just for storage. The proposed strategy is to make the most of the volume of the building, using the vertical surfaces of the existing walls. 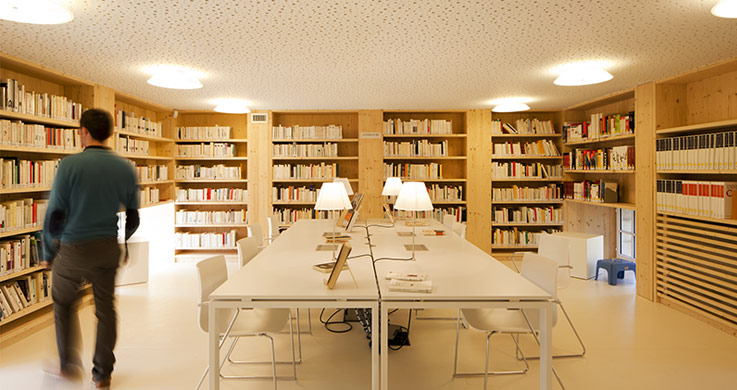 This arrangement frees up space in the centre of the library for a variety of different uses. The 30000 works are separated into two zones: 15000 accessible works, arranged on the 300m² of free walls and the other 15000 in an underground storage area.

All intermediate floors have been removed within the main body of the library. In this large volume, the walls are covered in full height shelves, on which all the books available to the public will be stored. Walkways offer access to these shelves at two intermediate levels within the space. The children’s area is located within a separate volume, to the south. Again, the strategy is to free up the space in the centre and use the vertical surfaces for storing the works.

The interior layout is the main objective of this project, it has therefore been extensively studied, from the shelving to the furniture chosen. The materials used for the amenities are white, or left rough, while bright colours have been selected for the furniture. 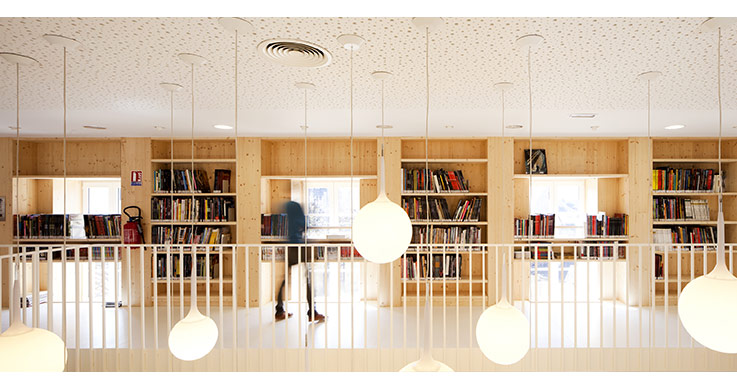 CoCo architecture was founded by French-Austrian architects Claudia Staubmann and Cedric Ramiere. Their experience is mostly based on research into contemporary urban issues and the development of regional tourism during various prolonged stays abroad. CoCo Architecture’s mission is to become a catalyst of social change. Its projects reflect love of nature, understanding energy and what is characteristic to the place they are implemented in, contemporary lifestyle, traditional attitudes and views and the changes brought about by modernity.

The studio has experience in residential, education, cultural and medical institutions and works in France as well as other parts of the world. Some projects that have won awards are inter-communal library in Gourdon, Logipole in Koutio in New Caledonia, the intensive care unit in Libourne and La Rochefoucauld hospital.

Claudia Staubmann’s research in Austria and Andalucia, Spain focuses primarily on modular adaptable systems, with applications in social housing. She uses these systems as a tool to develop quality spaces using limited resources.

Cédric Ramière’s research in the Netherlands and Bangkok, Thailand, is focused on bigger projects, on a bigger scale. In Bangkok he explored ways to reuse skyscrapers, buildings that have been abandoned during construction.

The first common project was developing the International Center of Prehistory in Vezere Valley, Dordogne. Together they created YEAN (Young European Architects Network) in 2003 with partners in Rotterdam, the Netherlands and Vienna, Austria. YEAN is especially known for the project and the book that followed, “TirolCITY”, that won big awards in the Netherlands and Austria. 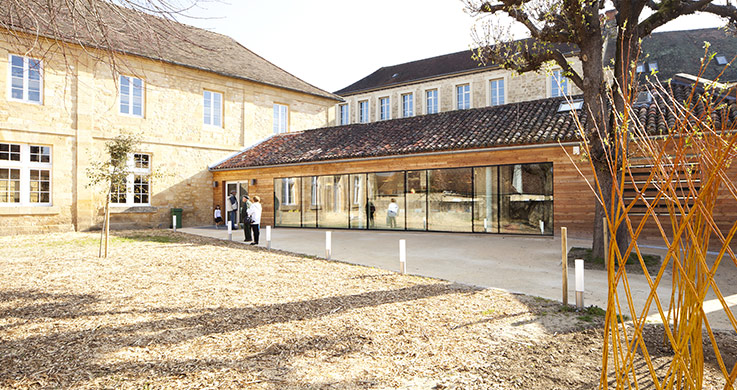