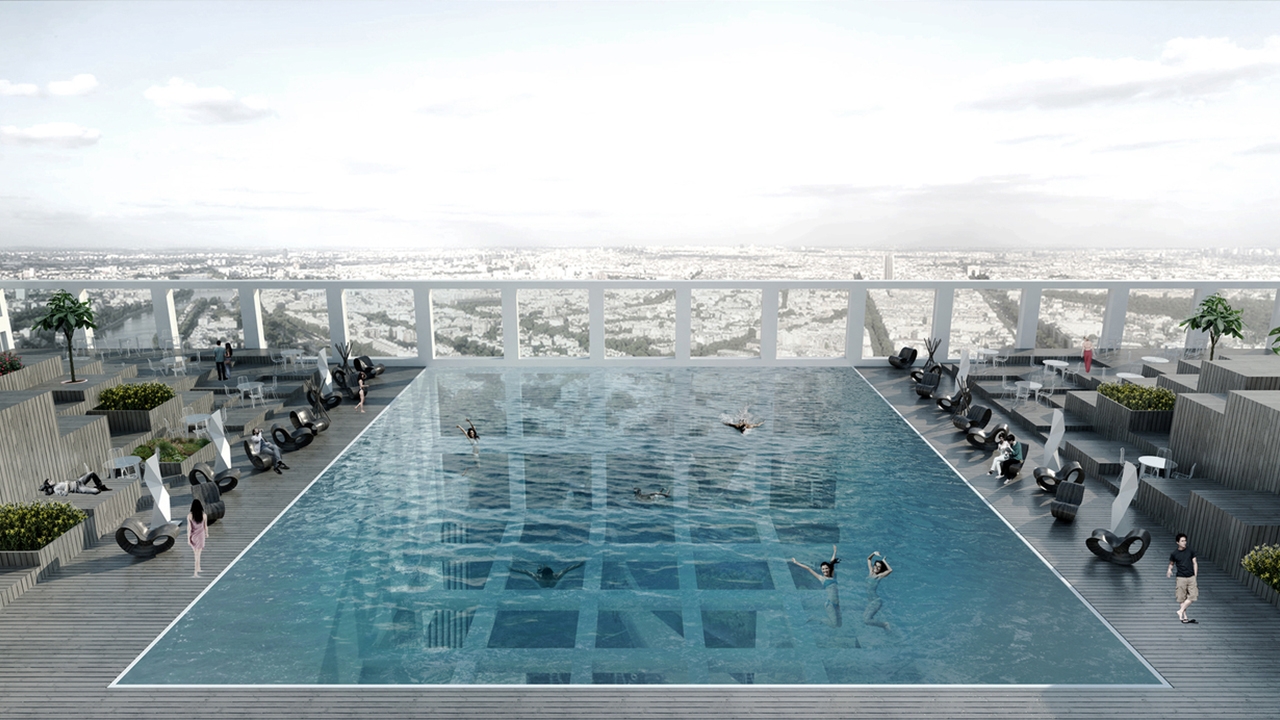 Arch. Tommaso Bernabo Silorata from Paris will be attending INGLASS Budapest 2017 as a guest speaker, with a presentation on SKYFRAME, the proposal for a skyscraper in ‘La Defense’, Paris.

Although Paris is one of the biggest and fastest-changing metropolises of the world, the Parisian skyline appears rather restricted to regulations that aim to preserve the existing landscape, limiting opportunities for vertical expansion of the city. High-rise buildings are, therefore, prevented from growing in the city’s urban core, which makes any attempt to submit such a proposal quite a challenging issue.

Skyframe responds to the above challenge by integrating an ‘absent shape’ into the Parisian skyline. The building is conforming to a regular shape inside which a more complex negative shape is growing that acts as a landmark for the city. A reversion of the commonly found relationship between exterior and interior space is here introduced.

The proposed building is composed of four principal main poles of attraction: 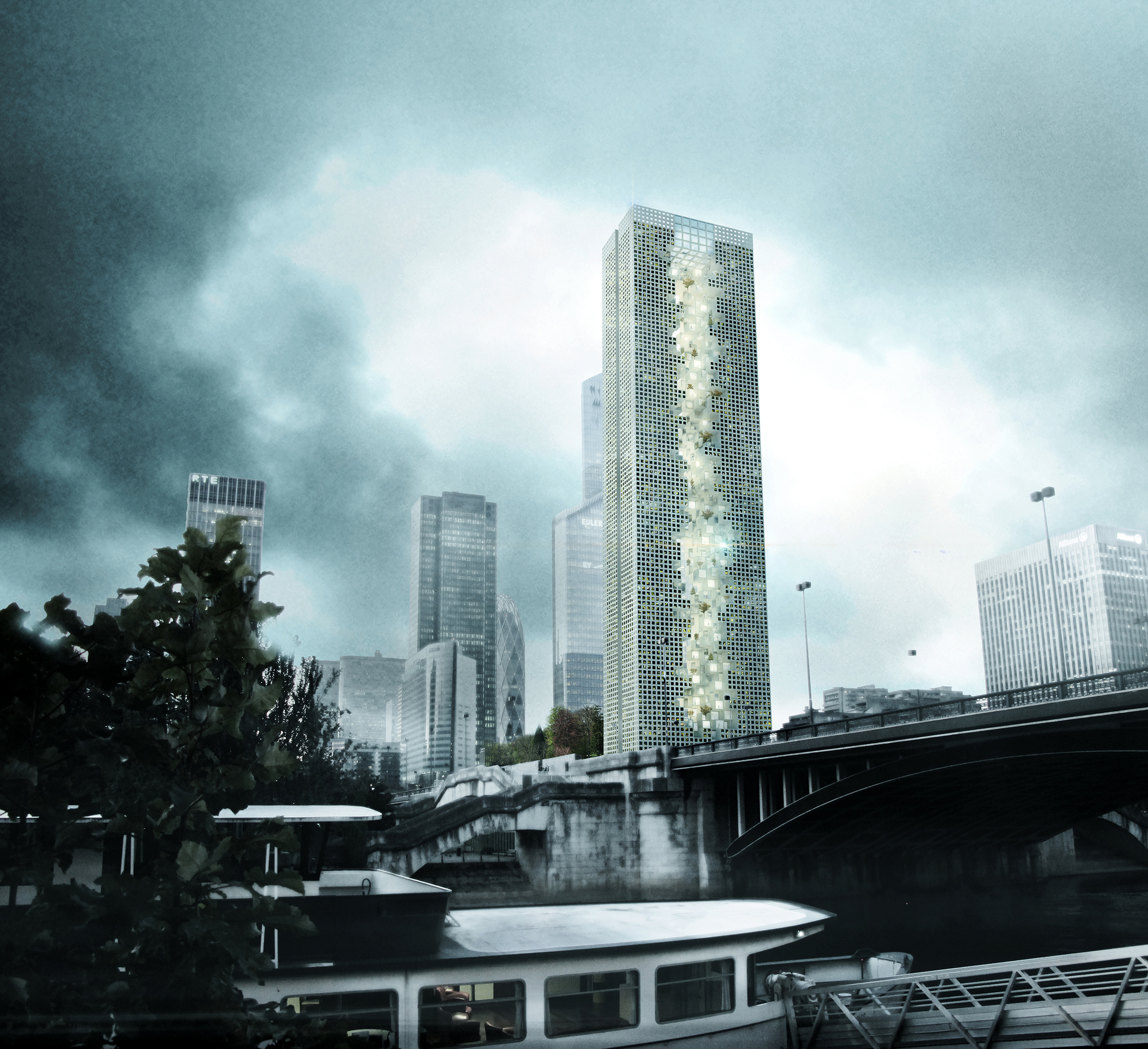 The rooftop pool acts like a beam connecting both parts of the building and offering a vertiginous diving experience. The visitors can feel like they are flying in the sky. The bottom of the pool is formed completely transparent so that the diver looks down to the internal void of the building.

The building is cut in the middle by a central void, the ‘absent space’ that distinguishes two opposing volumes and acts as a vertical landscape. It is composed of a series of green terraces, offering a great opportunity to relax and at the same time create the conditions in order to expose oneself to visual interaction with the rest of the people occupying this void. 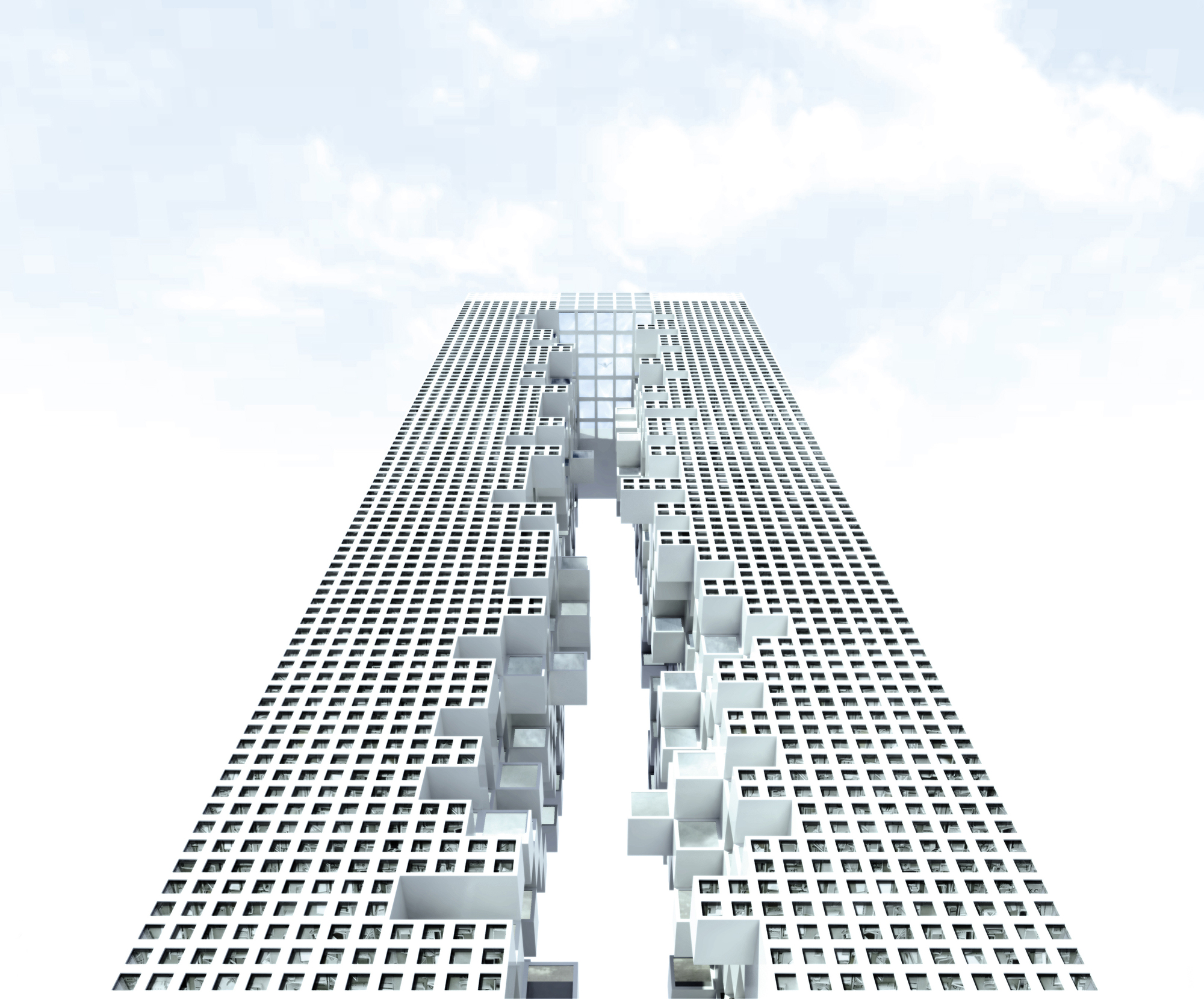 After completion of the 5-year professional program at ‘La Sapienza’, Tommaso moved to Paris, France in search for further professional experience. In Paris, he collaborated with several world’s leading architecture firms such as DPA – Dominique Perrault Architecture and Manuelle Gautrand Architecture. Since November 2014, having five years’ experience in the architect’s profession, Tommaso has been working as Project Manager for OUALALOU+CHOI architectural firm based in Paris and Casablanca. His work consists of projects at different scales and development stages both in France and Morocco. In the meantime, Tommaso shares tremendous enthusiasm for the fast-pace environment of Architectural competitions witch is the reason behind his occasional, individual activity concerning personal competition entries such as the Super Skyscrapers Competition in witch he entered with the project ‘Skyframe’ and received the 1st prize in 2015.