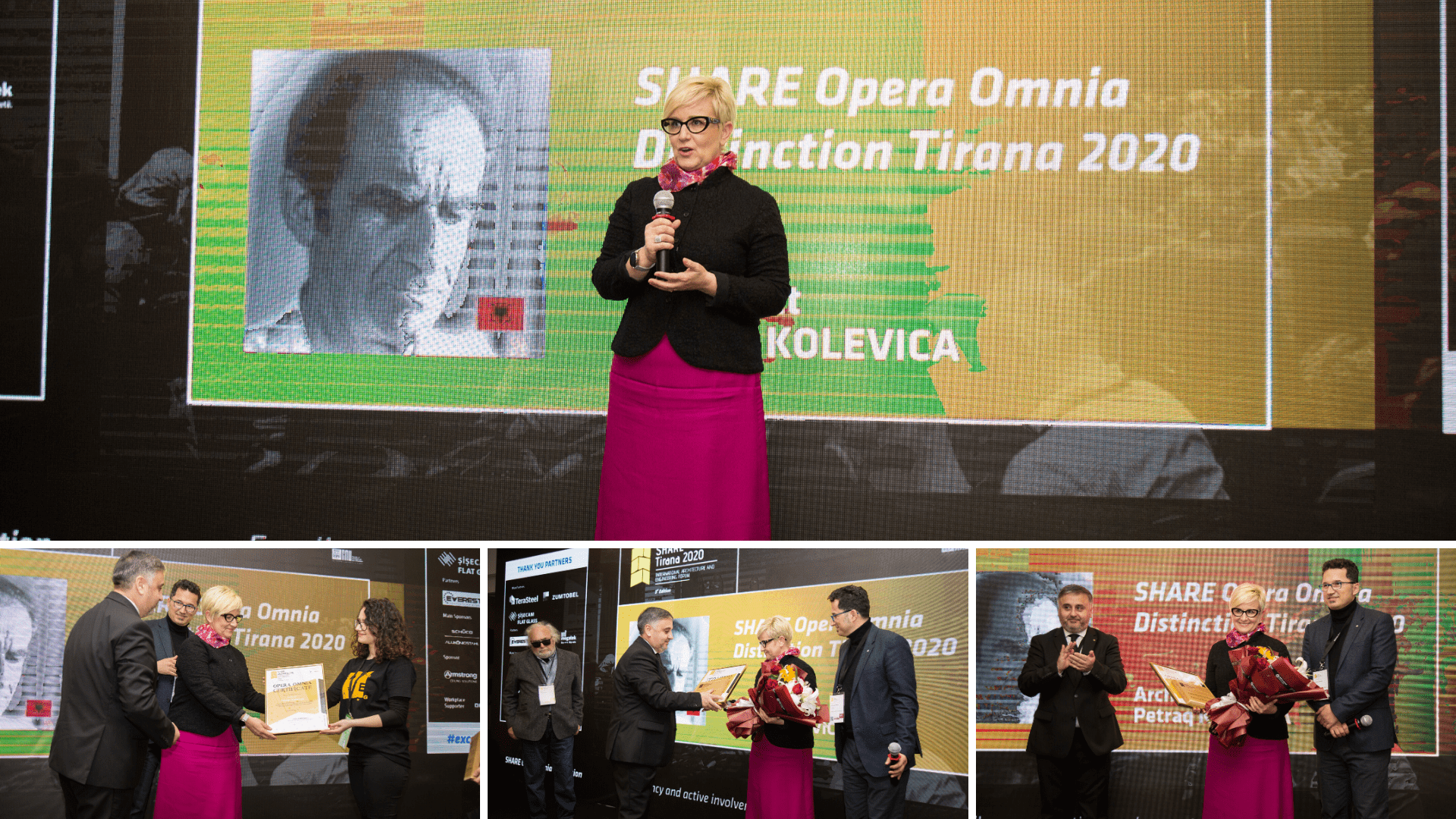 SHARE Tirana 2020 has left us plenty of unforgettable moments – among them, the presentation on the life’s work of Arch. Petraq Kolevica held by his daughter, Stela Kolevica. We were honored to announce that the SHARE Opera Omnia Distinction went to Arch. Petraq Kolevica, who played an important role in establishing the modern architecture in Albania, recognized by his appointment as the first Chairperson of the Albanian Association of Architects. The event also introduced a speech held by Arch. Maks Velo, last year’s laureate of the Opera Omnia distinction at SHARE Tirana.

Petraq Kolevica was born in Korça on January 11, 1934. After completing the elementary school and gymnasium in Korça he continues his studies in civil engineering at the Polytechnic University of Tirana. Kolevica has played an important role in establishing the modern architecture in Albania, recognized by his appointment as the first Chairperson of the Albanian Association of Architects. In 1957, after graduating from the University, he started working at the Institute of Construction and Design in Tirana, where he designed the apartment building near the former “Partizani” cinema. 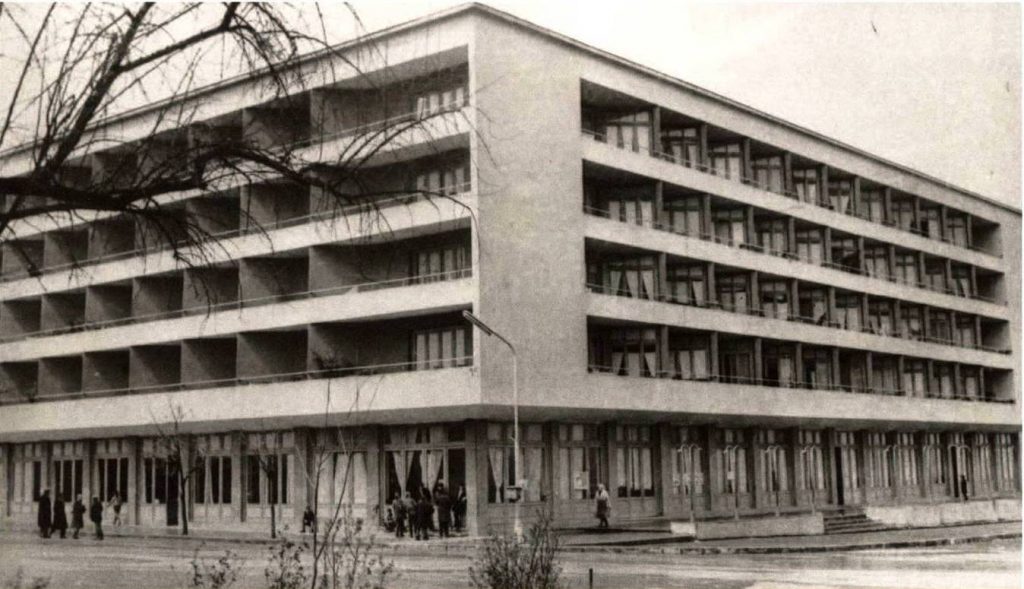 The Korca Library is known for its modern style that has stood the test of time. Kolevica is co-author of the National Museum in Tirana and the former ‘Albania Today’, the biggest exhibition center in the country. During his career, he was regularly confronted with obstacles from the totalitarian system, until he was sent to the ‘Valias’ mine as a construction technician.

His life as an engineer and architect is summarized in his book ‘Architecture and Dictatorship’. Kolevica has been interested in poetry and literature since his early youth. He is known as a translator of many world-famous poems, mainly from Russian and German. The poems created by him reflect his artistic spirit and the life under communism.