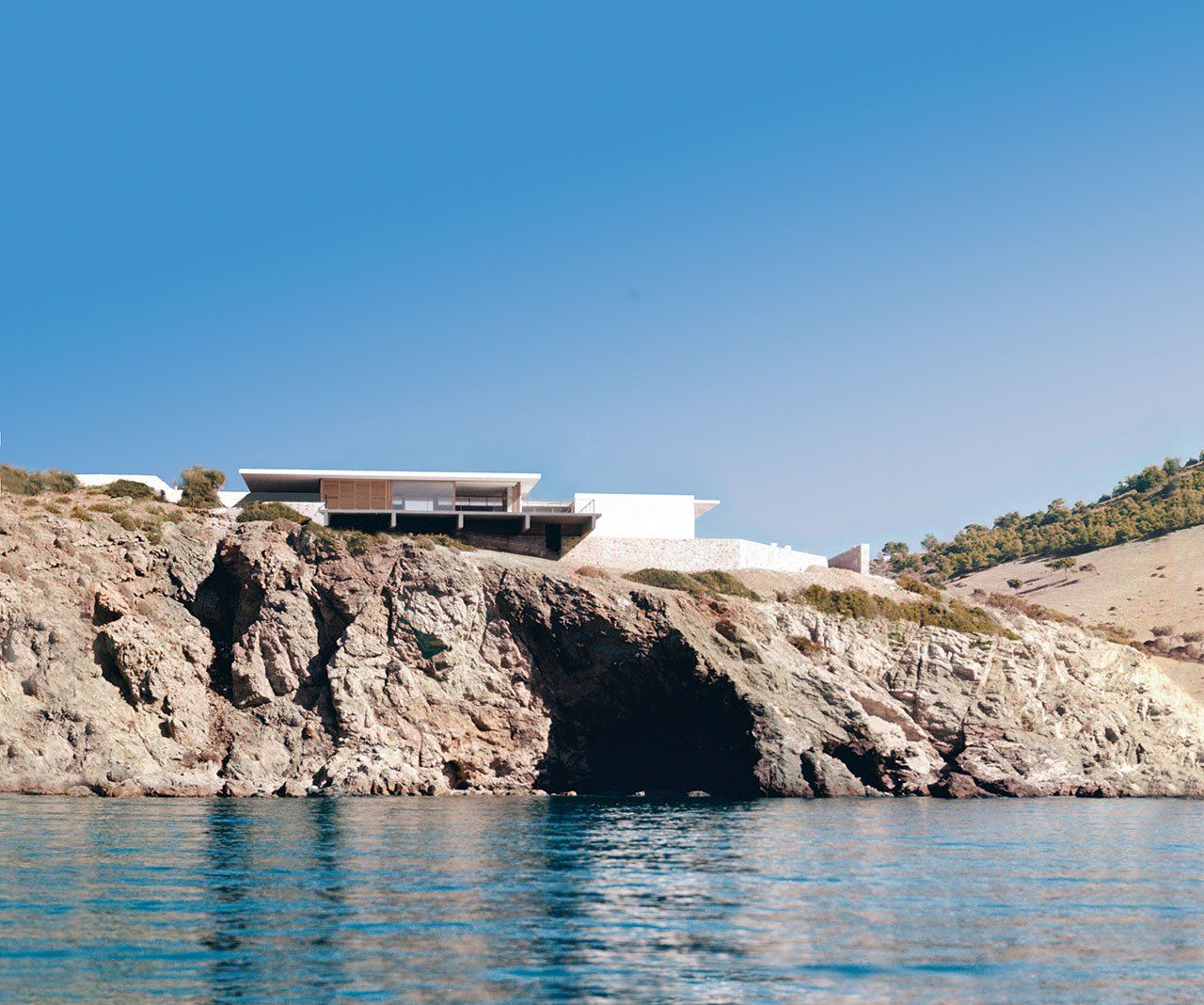 At this year’s 2nd edition of SHARE Athens 2019, on November 26, we will have the honor to award the SHARE Opera Omnia Distinction to architect Nicos VALSAMAKIS – GREECE for his noteworthy accomplishments in the field of architecture, as well as for the role played in developing significant architectural projects throughout his career.

The keeper of a modernist approach, with a touch of synergy between rationalism and idealism, Nicos Valsamakis is the creator of a minimalist architecture that embodies the needs of the user of the building. Having almost 300 buildings correlated to his name, all of them have encapsulated the purity specific to his designs.

Born in Athens, Greece, he studied at the School of Architecture of the National Technical University of Athens from 1945 to 1947, and from 1950 to 1953. He is considered to be one of the most important voices in greek architecture. He founded his studio right after he completed his studies and since then he kept on creating amazing architecture touched by a glimpse of elegance. He is the first Greek architect to be nominated for the Mies Van der Rohe Award for European Architecture in 1992, with Daidalos, a tourist development for Robinson Club on the island of Kos. He describes his activity in simple words, rarely speaking about his works, Valsamakis considers that architecture should be felt, not explained.

In 2005, at his lecture in the Athens Concert Hall, one of the few lectures he has given, he pointed out that a building must serve a function, and if the building is not functional it’s the purpose it’s meaningless. Therefore, Valsamakis is a functionalist, he gives back architecture to the people, and he centers the human perception in the middle of his designs.

Valsamakis is guided by the idea that creativity is not as important as the architect’s skill or lack of skill too,, exhaust the limits of his idea’’. For him, architects should be able to solve architectural problems, he is an advocate of moderation and overall planning and studying every aspect of his work, generating a unity between function, integration into the environment, the search of character criteria, the type of building, type of the construction and many others. The constant attributes of his works are his predilection for compact plans which have the possibilities of unifying enclosed and open spaces, a reinterpretation of the traditional features such the courtyard, atrium and the arcade and the harmonious proportions he keeps on using that helps to contour a unity and a personal style.

He has designed a considerable number of public and privately-owned buildings, banks, tourist complexes, schools as well as private villas.

The Credit Bank ( today Alpha Bank 1981-1990), one of the architectural landmarks of postwar Athens, was a turning point in Valsamakis career. The building represents an innovative conciliation of his rational, minimalist approach combined with the historic character of the site. The pure white Amalia Hotel in Olympia shows the architect’s highest level of empathy towards plasticity, creating a landmark in Aegean architecture and bringing out the ancient greek omen.

He also imposed in residential architecture, with projects such as the house in Philothei- the first application of total design in post-war Greece, the house in Anavissos the house in Koilada, a stunning, private residence he completed in 2006, which is situated on a peninsula overlooking the Gulf of Argolida in Greece, House in Antiparos, and many others. 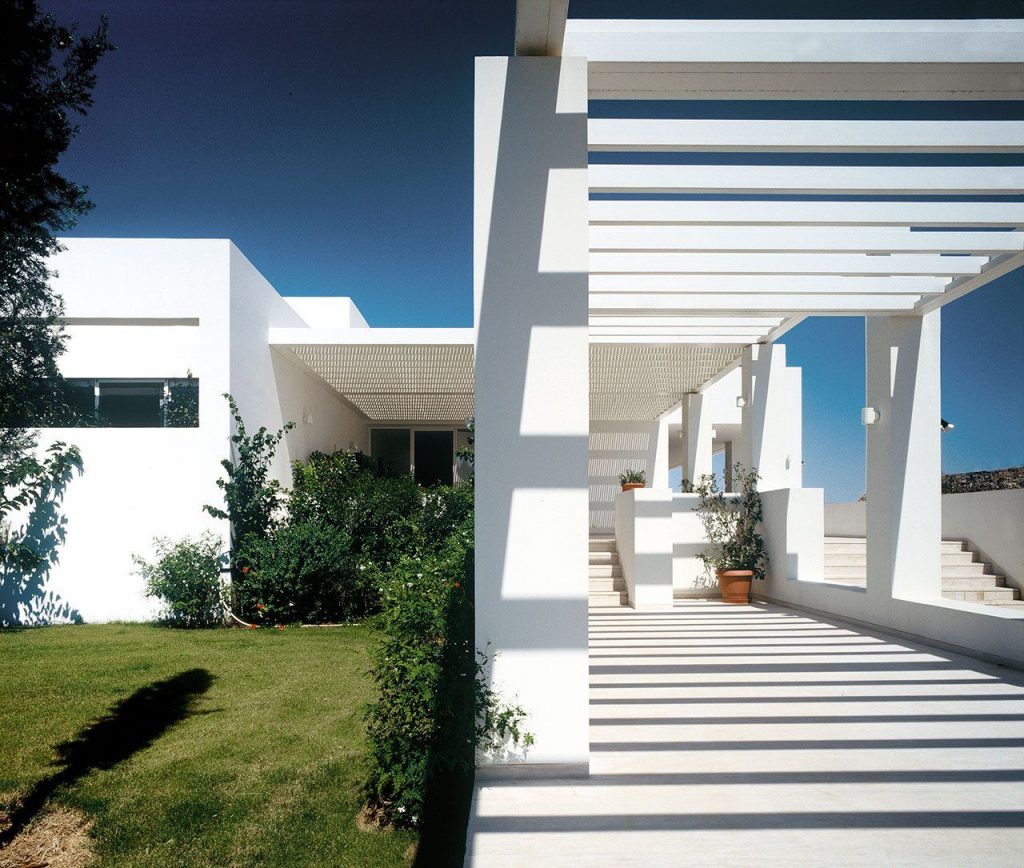 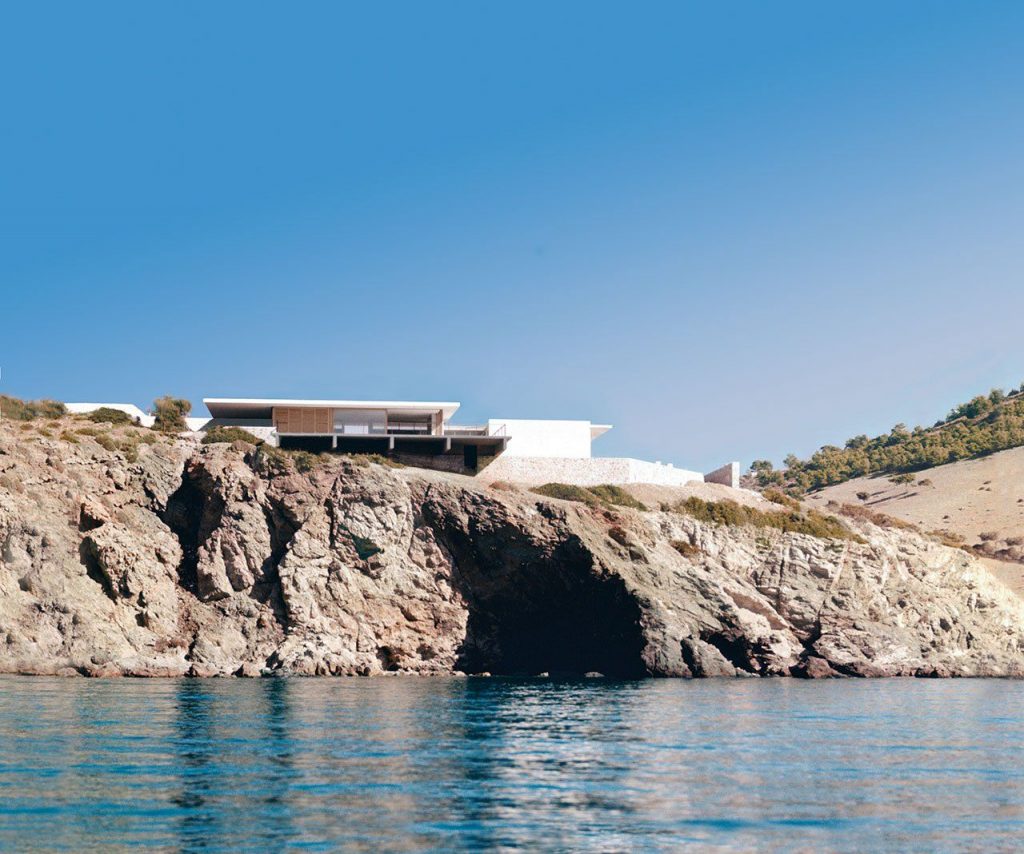 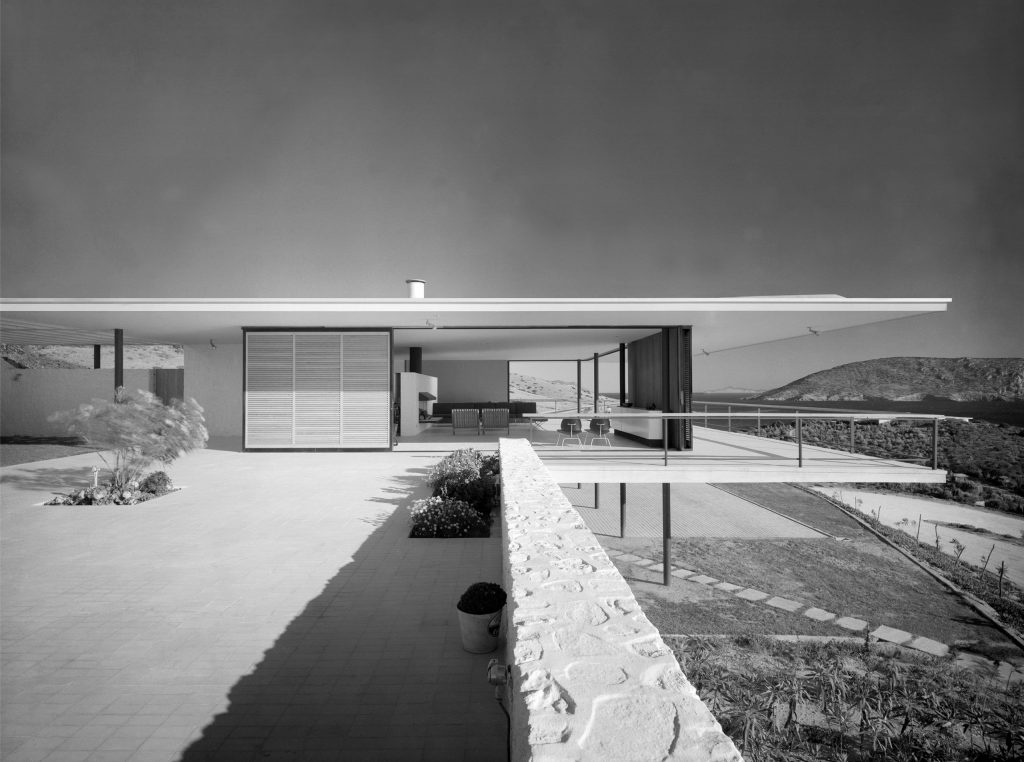 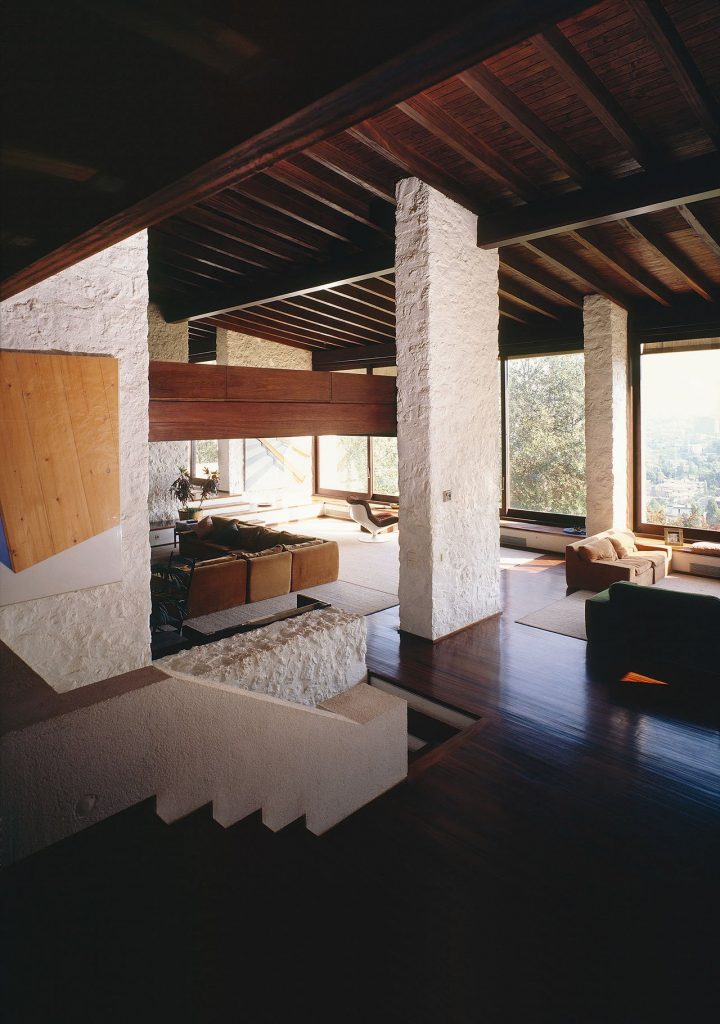 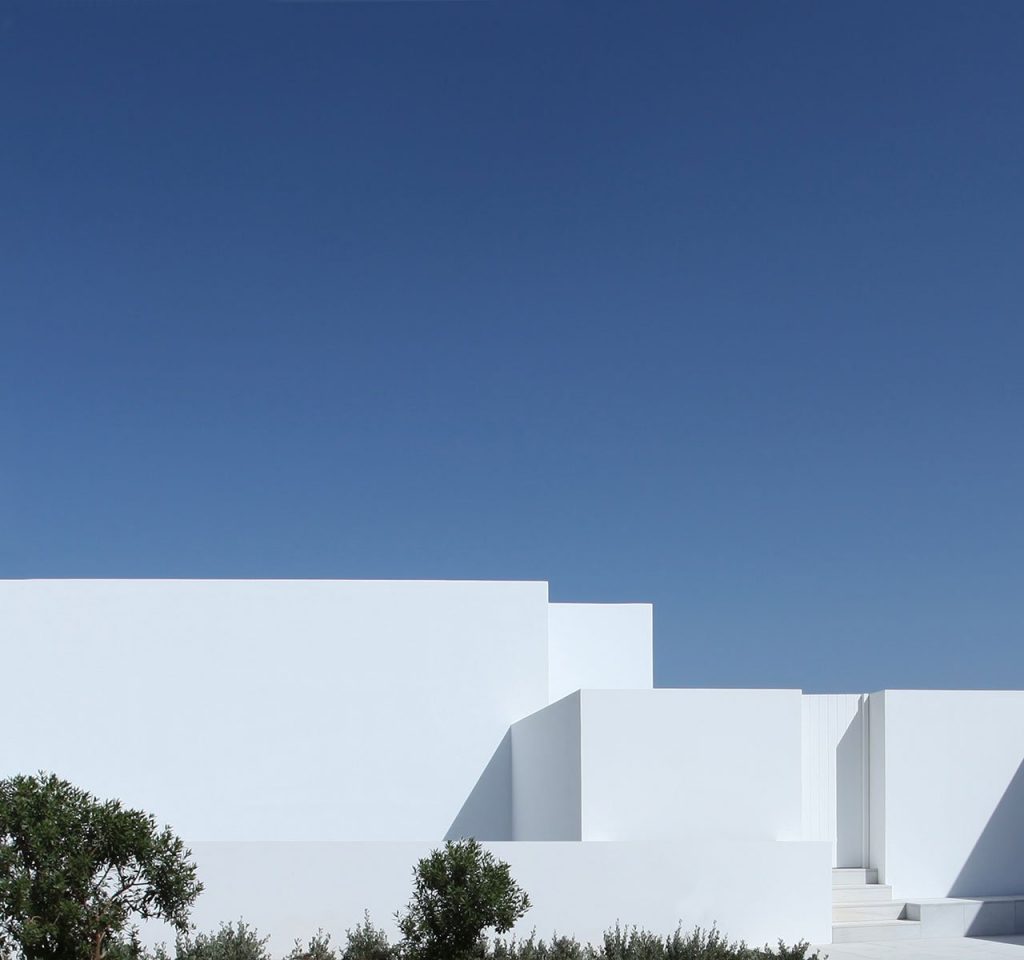 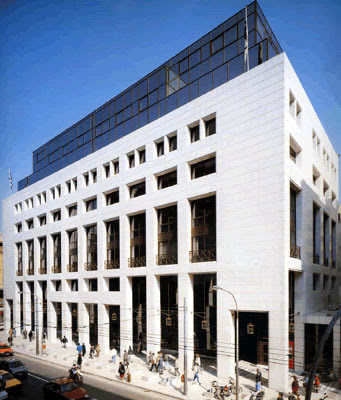 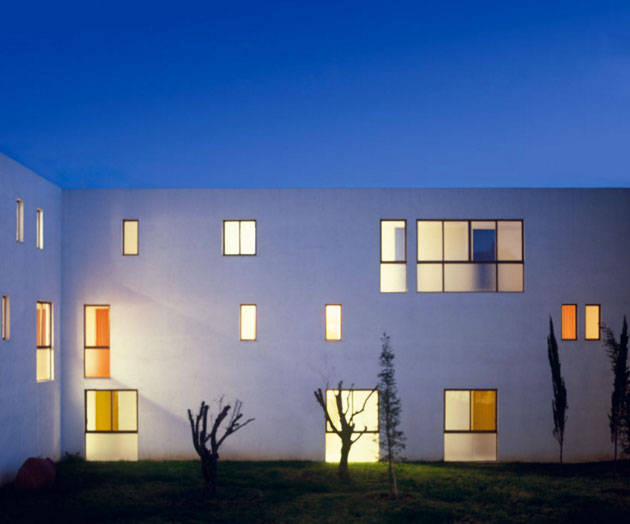