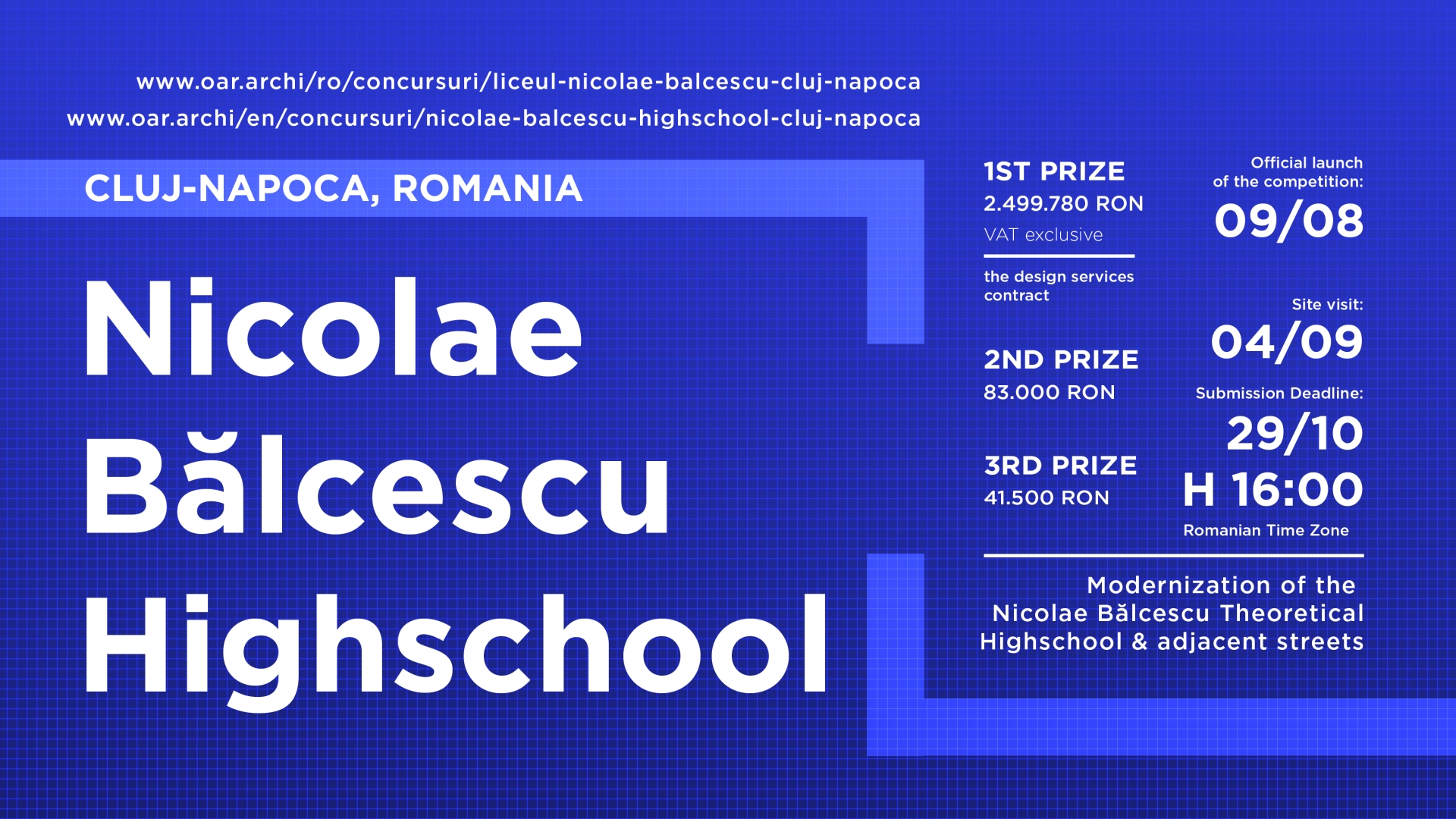 The Order of Architects in Romania (OAR) and the Municipality of Cluj-Napoca officially announce the launch of the „Nicolae Bălcescu Highscool Cluj-Napoca” International Design Competition.

The purpose of the design competition is to select the best project for the extension and modernization of the Nicolae Bălcescu Highschool in Cluj-Napoca and the adjacent streets, for the award of the design services contract.

The city of Cluj-Napoca is fully embracing the belief that education is the basis of a healthy society and has thus started a program to rehabilitate school infrastructure, intending to continue it with European funding. EU’s allocation strategy supports the renovation of buildings and the increase of the quality of spaces in public and educational buildings, respectively. The municipality has chosen in the case of “Nicolae Bălcescu” Theoretical High School the approach of an architectural design competition to find the best solution to solve the current problems of this high school and the neighbouring urban space.

The Contracting Authority of the competition is the Municipality of Cluj-Napoca, which will become the beneficiary of the project contracted following this competition. 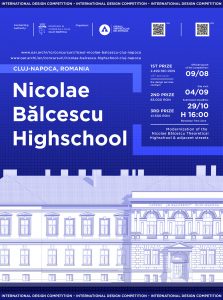 The competition is organized by the Order of Architects in Romania, in accordance with the Competition Rules of the International Union of Architects – UIA – and the provisions of the International Regulations for architecture and urban design Competitions, adopted at the General Conference of UNESCO in 1956, as revised on November 27, 1978, the provisions of the Guide of good practice in organizing OAR design competitions, published in 2018, in compliance with the legal provisions in force regarding the award of public procurement contracts.

The design competition is organized as an independent procedure, in accordance with art. 105 letter a) of Law no. 98/2016 regarding public procurement, and subsequently, pursuant to provisions under art. 104 para. (7) of the same law, the design services contract is to be awarded to the winner of the competition, following a negotiation procedure without prior publication of a participation announcement.

1st Prize: The design services contract with an estimated value of

For more news about our organization please follow the official Order of Architects in Romania (OAR) Facebook page: