“The clear, powerful landscape that surrounds me on the island is responsible for the architecture I conceive and produce” (Fernando Menis) 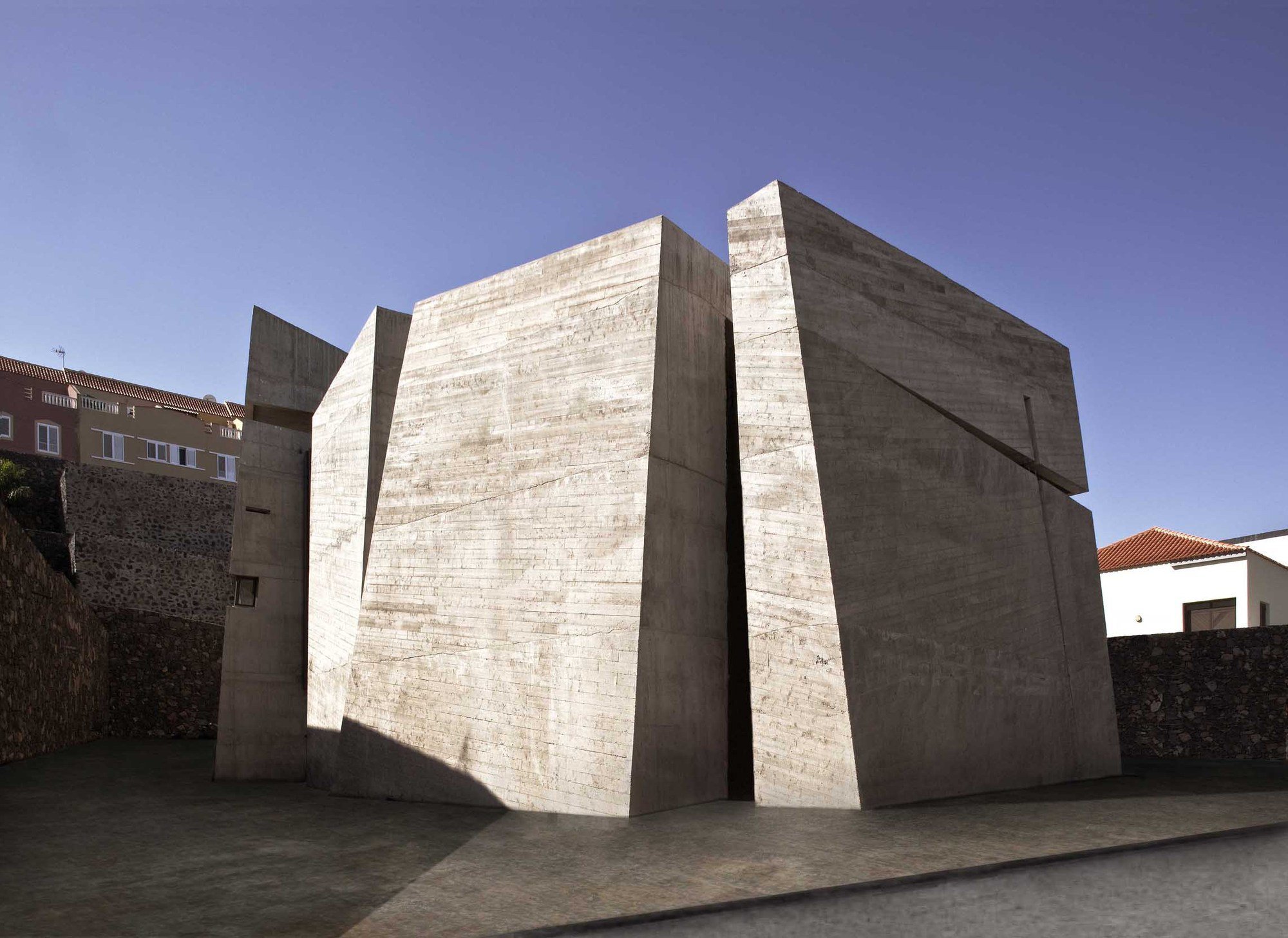 The Holy Redeemer Church resembles both the sculptural character of Fernando Menis’s work, and the inspiration of the surrounding of Tenerife, and has gained its place amongst the well-known masterpieces of Eero Saarinen, Tadao Ando and even Le Corbusier, according to some critics. Ignacio Bosch – an architectural design professor of the University of Valencia, Spain – once wrote that the Holy Redeemer Church by the architect Fernando Menis can be considered “a true work of art, a unique and singular work of high formal, material and spatial quality”.

A visual reference for the urban landscape

The peculiarity of the work and the site is given by the difference of the topographical variation in the plot. A big entrance ramp surrounds and swings around the building in order to give access to the square and the first floor of the church. Since one of the most important elements within religious centers is light, it is conceived so that the zenith light gives a mystic dimension to each room. The fundamental idea of the project is to design a visual reference within the urban landscape.

A church dedicated to the Resurrection

As in the ecclesial architectural program, the metaphysical interpretation of the journey from the entrance to the altar has received an important role in the hierarchy of the architectural concepts. The subtle play of the volumes, the large independent rock, which from the outside lead to an austere environment, give birth to a light spectacle in the inside, which the user is gradually invited to discover.  The spaces between these rocks turn into “patios” with natural light and ventilation. “When entering into the church, the feeling of coming from the darkness to the light is experienced, I mean, from death to life. The church is dedicated to the Resurrection, therefore, the great concrete pieces volumetric impact, and the rational and symbolic use of the light give birth to a religious temple of deep theological roots and great spatial quality where the resurrection is the main character through light, illuminates the believer.” (Fernando Menis)

CKK Jordanki is located within a green ring around the historic city centre, overlooking the Vistula River. Therefore, special care was taken in designing the orientation and height of the volumes so that the presence of the new building establishes a harmonious relationship with the natural and built environment. Thus the building occupies half of the plot, the other half being dedicated to park and the height is kept as low as possible, to avoid blocking the view over the river. The visual effect achieved is that of a natural object, a rock embedded in a gently sloping meadow.

Fernando Menis, PhD in Architecture, Associated Professor at the University of Hong Kong (HKU) and the European University of Canarias (UEC) will be Special Guest at SHARE Skopje 2019 International Architecture and Engineering Forum on the 19th of February.

His most recent recognition includes 2016 Jury Award BRYŁA ROKU 2015 – CKK “Jordanki, and 2014 Finalist at the World Architecture Festival (WAF) – Project: Bürchen Mystik, Switzerland. He was Finalist in the XIII Spanish Biennial of Architecture and Urbanism with the “Picado” material, in the product category.

SHARE Skopje 2019 International Architecture and Engineering Forum will take place on the 19th of February and brings together principal and senior architects from leading practices to discuss and gain inspiration from each other. The conferences are accompanied by debates focus on the local architectural issues and exhibition of innovative architectural solutions, product and services.