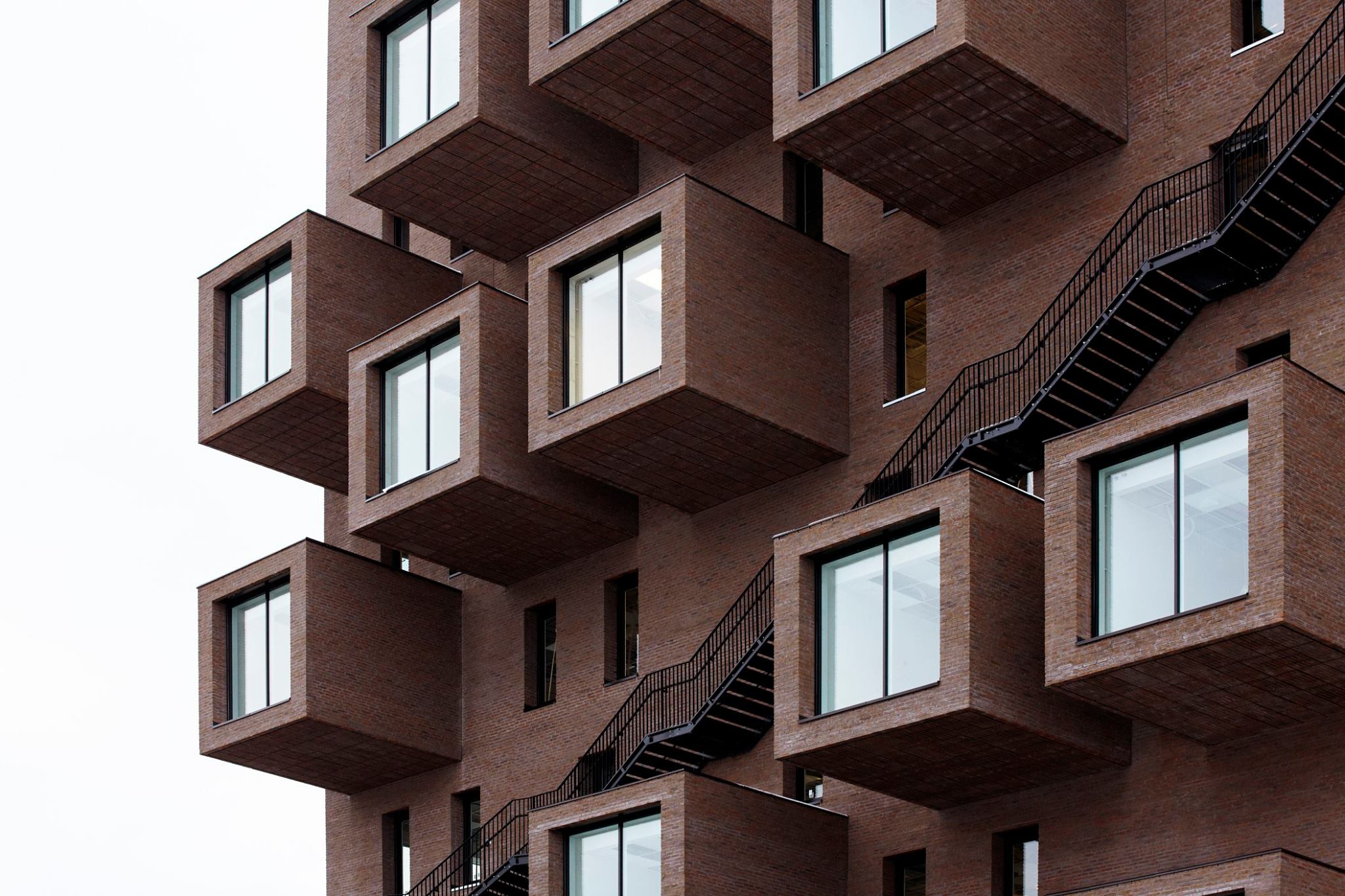 “How is it like to be inside of the box, looking on the outside?”The architect Geir Haaversen, the founding member of the norvegian office A-lab – a WAF2017 Finalist – will attend SHARE Bucharest 2017 autumn edition as a guest speaker. He will be presenting the award winning project DEG42 (Dronning Eufemias Gate 42), or, as it is known, The Wedge – an innovative office building, the last in a row of thirteen of the BARCODE masterplan, which follows the dimensions and the weird shape of its plot to create an inside „outside the box” work environment. 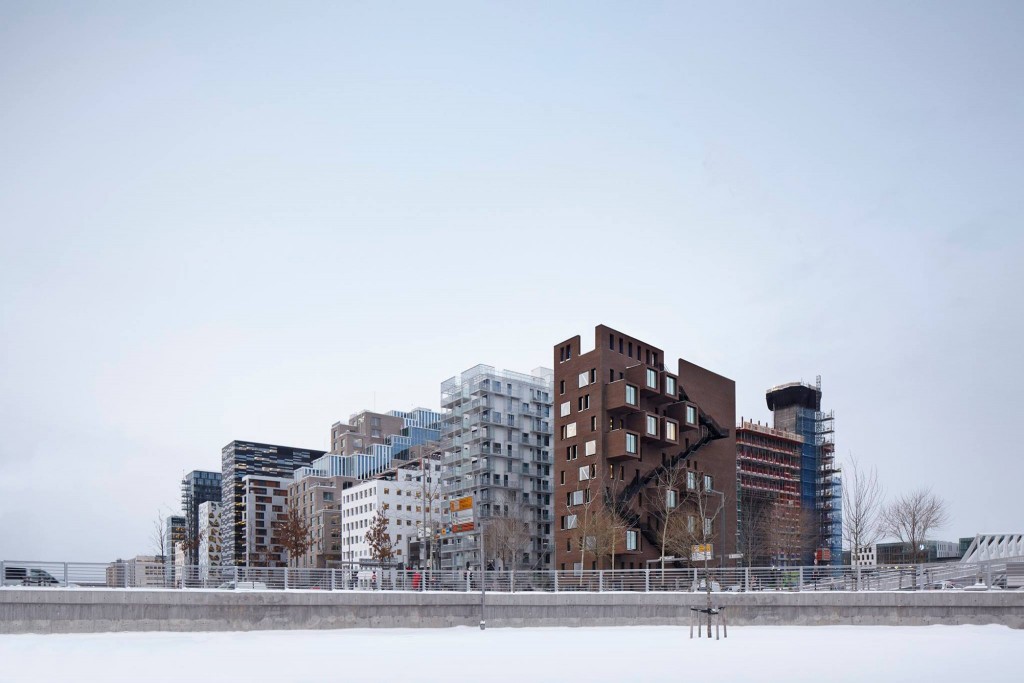 BARCODE is a project seeking to reactivate the fjord of Oslo which is designed by a strong collaboration between the norvegian architecture offices A-lab and Dark Arkitekter and the dutch MVRDV. It proposes a mixed-use office and residential center with 10000 users and 400 apartments, redefining the conceptual image of the city through its main qualities: , redefining the conceptual image of the city: openness, public space, opportunity, life, humanity, design, good taste. 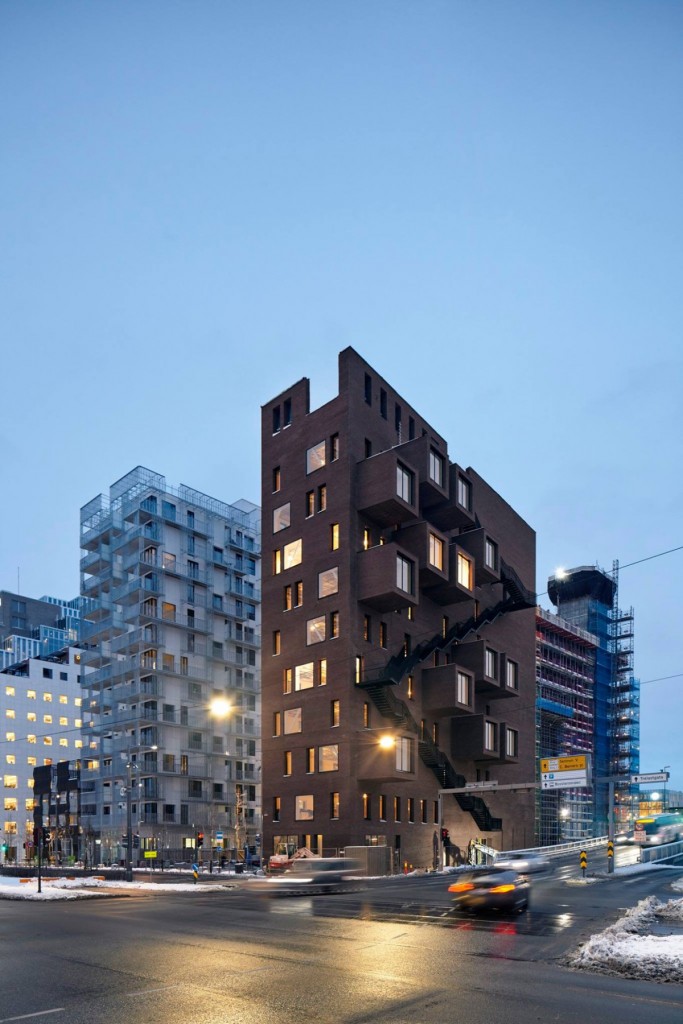 This building which completes the construction of the masterplan strikes with its unusual size and shape taken from its 10 by 4 m plot – a disadvantage which is fastly turned into an iconic feature. The 11 stories tower mixes a series of common work areas to facilitate the ease of communication and interaction between the small companies working here creating a dynamic flexible environment. The meeting rooms are cantilevered outside the perimeter of the tower to overcome the lack of interior space – a characteristic which draws a playful and dynamic eastern facade. This striking spatial answer follows a democratic principle to offer a constant and optimal working area for all the users.

The composition on the eastern facade is completed by a metal exterior staircase which acts as a counterpoint among the cantilevered volumes. Besides being a fire escape route, it established a connection between the public functions at the first floors, the different office levels and the restaurant, lounge area and roof garden situated at the tenth and eleventh floors. The red brick facade is both a reference to traditional and modern architecture in the city of Oslo and a way to relate with the overall image of the BARCODE masterplan – a red playful ending to the 13-facade series.

A fire escape zigzags between these meeting-room boxes, further enhancing the building’s iconic sculptural expression – facing the Mediaeval Park and the City of Oslo to the east, this is a fitting conclusion to Barcode’s long row of facades, A healthy mix of enterprises will encourage multidisciplinary cooperation between the various professional groups, enhancing innovation. In this way, this modestly-sized building will promote greater diversity than will be found in many of the large multinationals that have their offices nearby – from the architects, via dezeen.com

Furthermore, the architects equipped the basement with facilities such as bicycle parking and changing rooms or charging outlets for electrical cars, to encourage the use of ecological means of transport to the office.

Join us at SHARE Bucharest 2017 by registering your participation at http://bucharest.ieriff.eu/2017-register-en/, to find out everything about this project directly from its author! Geir Haaversen will be with us in Bucharest on 6-7 November at the JW Marriott Grand Hotel for the autumn edition of this year’s SHARE events!

The international SHARE Bucharest Architecture and Engineering Forum 2017 is the most important event for architects, engineers and contractors and it reunites this year three main programs: the RIFF2017 Expo-conferences – Insulation, Facades, Flooring, the LIVE presentation of the Finalist projects nominated for Romanian Building Awards 2017 and the Award Gala, and the announcement of the Kronospan Foundation competition winners.

The Forum is organized by the PRO Event Association, AB Plus Events and the Romanian Order of Architects and presents each year the newest architectural national and international achievements on Education-culture, Health, Public spaces, Retail and Residential Programs.