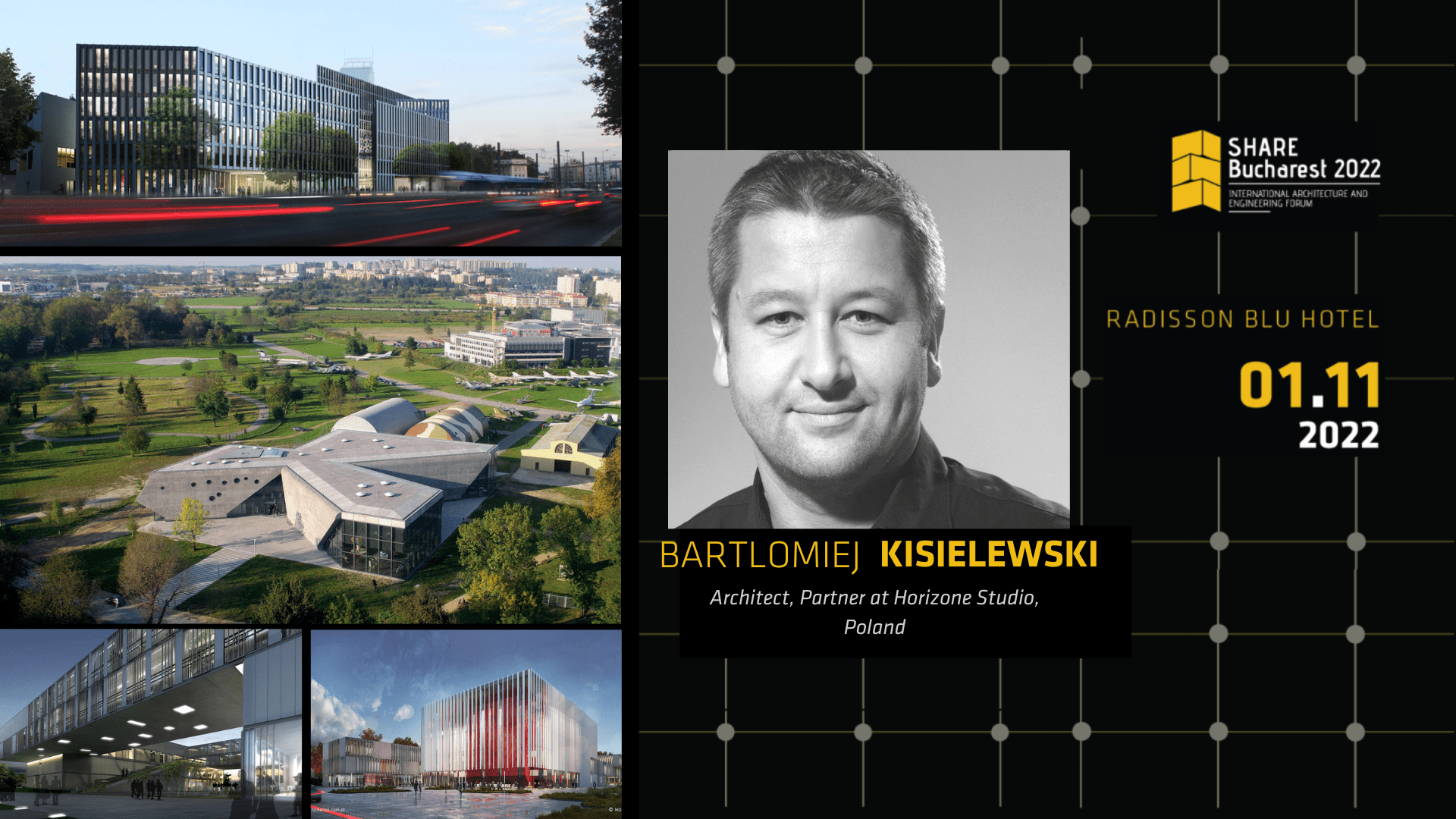 Architect with 25 years’ experience, focused on public space as well as on green building design. Member of the Advisory Board of the PLGBC Polish Green Building Council. Between 1996-1997 and 2002-2009 he worked in Berlin. He is a co-author of the Polish Aviation Museum (together with Pysall Ruge Architekten). After return to Poland in 2009 he co-founded Horizone Studio in Krakow. Since 2021 he is also a tutor at the Architecture Faculty of the AFM Academy in Krakow.

Horizone Studio is an office based in Krakow, Poland. The practice was established by partners who share many years of innovative professional experience gained in design companies both in Poland as well as in Ireland, Germany and Sweden. Horizone Studio is one of the founding members of the PLGBC Polish Green Building Council, a member of South Poland Cleantech Cluster and Scandinavian-Polish Chamber of Commerce. The Ericpol office building designed by Horizone Studio received the Annual Award of the Association of Polish Architects for the best office building completed in Poland in 2015. Malopolska Regional Government Office buildings in Krakow, Textorial Park II offices in Lodz or SILO district in Jaworzno are some of recent designs.