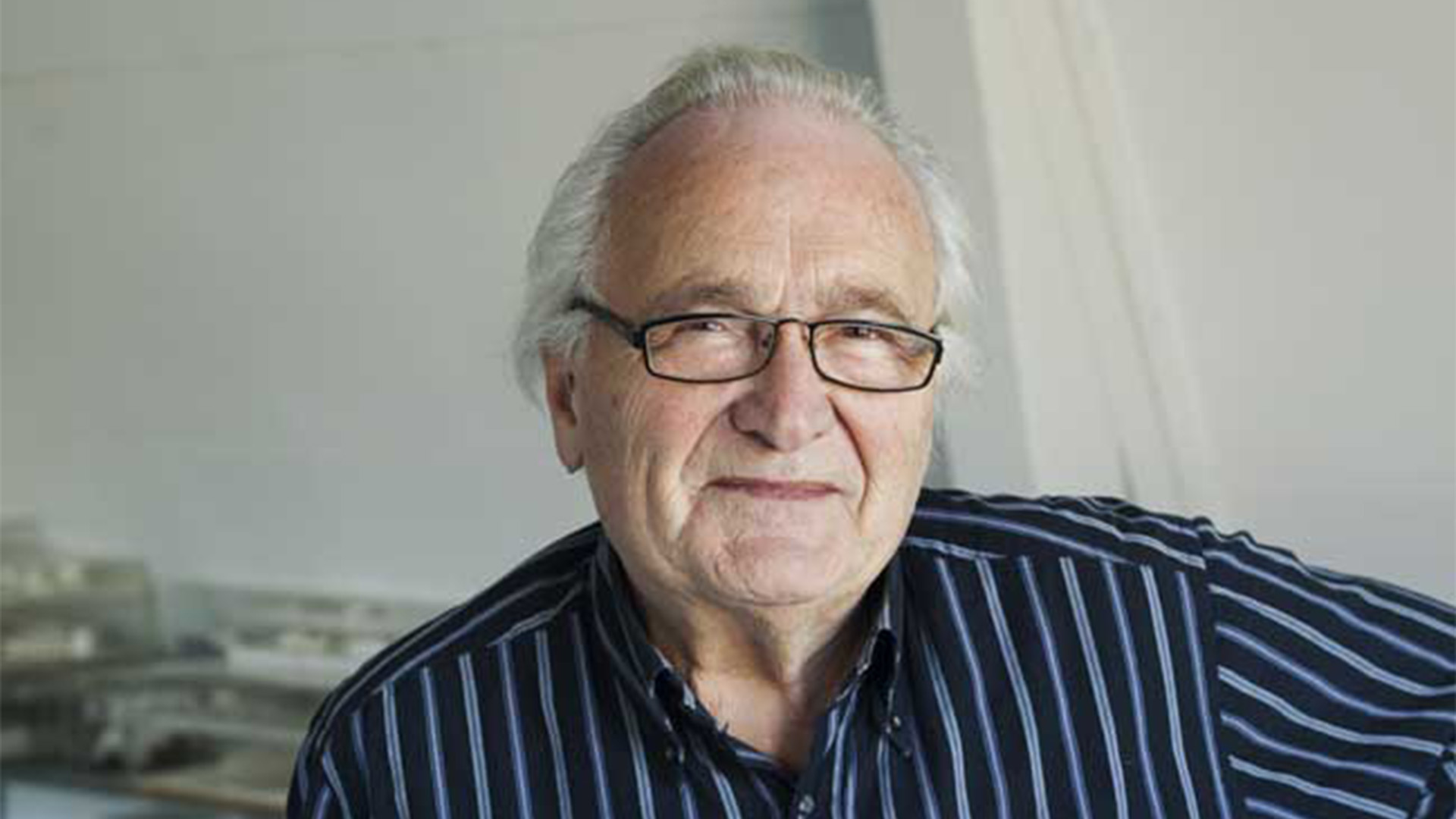 One of the leading Dutch theorists and architects of the modern age, Herman Hertzberger (1932) graduated in Engineering and Architecture in 1958, as a student of Aldo van Eyck (1918-1999) and opened his own Practice in Amsterdam that same year.

During his studies, Hertzberger had already won a competition to design a student residence (1959-1966) in Amsterdam.

This project, like the expansion of the LinMij factory (1964), already contained numerous recurrent features seen in his future designs, including modifying a building’s function over time, the microcosm (the house contains a restaurant, bookshop, bar and 250 student rooms), and the “dynamic equilibrium between the individual and the community which Hertzberger puts at the center of his work” (Rossi).

His experience with the so-called Forumgroup led Hertzberger to create projects that sought to find the “human dimension” in buildings, countering anonymous urban sprawl. This is key to interpreting his famous offices for a thousand employees at Central Beheer (1969-1972),“symbolic of a new way of combining work and life without limits and hierarchies”, and the Ministry of Social Affairs at The Hague (1979-1990).

The possibility of changing the function of buildings over time is amply demonstrated with the Diagoon experimental housing (1967-1970). This housing complex, with 8 prototype houses that in principle are incomplete at the time of delivery to the owner, was therefore quite clearly an “incomplete project”.

Hertzberger designed numerous school buildings during his long career, including the Montessori School in Delft (1966, extended several times). The articulated building enables simultaneous activities, with one not disturbing the other. The L-shaped classrooms create a wide, complementary central corridor which runs diagonally through the building. Others include the Apollo (1983) and De Evenaar (1986) Schools, both in Amsterdam, Polygoon, Almere (1992), Anne Frank School, Papendrecht (1994) and more recently ABC School De Bron in Amersfoort (2012) and Twickel College, Hengelo (2016).

His body of work includes two notable, large projects during the 1990s: the Gebaute Landschaft Office Park, Freising (Germany) and particularly the Chassé Theatre, Breda (1995, subsequently extended in 2018), described as almost “expressionist”. Hertzberger is an honorary member of many academic institutions, primarily the Royal Institute of British Architects (since 1991), Academy of Arts, Berlin (1993), Academy of Design, Florence (1995), French Academy of Architecture (1997) and American Institute of Architects (AIA, 2004). In 2012 he was awarded the RIBA Royal Gold Medal.