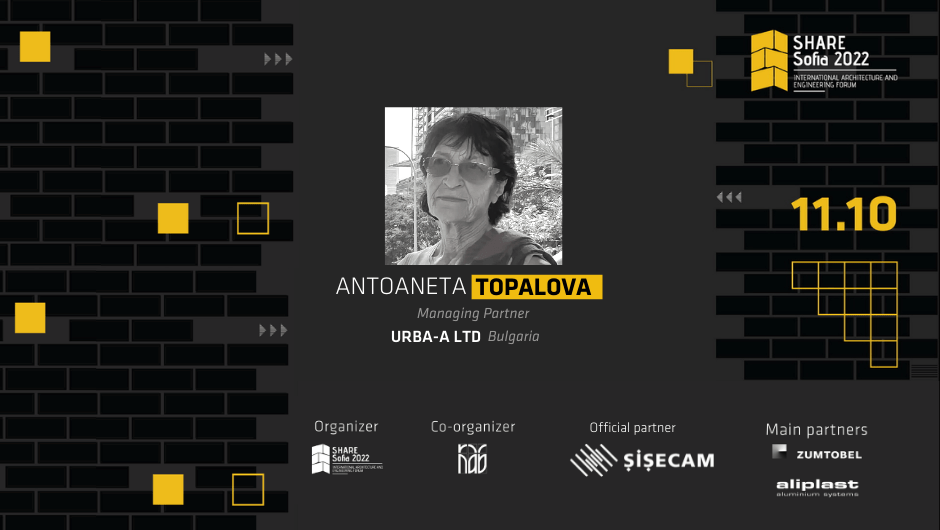 Arch Antoaneta Topalova has graduated the Institute of Construction and Engineering in Sofia in 1961. She is a member of UAB, KAB, ICOMOS.
She is the head of the team behind the masterplans of cities like Plovdiv, Smolyan, Haskovo, Gabrovo, Sliven and Hisarya.
Arch. Topalova has numerous publications and interviews in professional and wide-ranging regional, national and foreign publications. She is a participant in numerous national, regional and international discussions, round tables, expert councils and others. Her expert activity includes membership in the Supreme Council for Territorial Urban Planning and Architecture – Sofia (1985 – 1989) and in the OESUT, for 10 years; Higher Expert Council on Territorial and Settlement Planning (1989 – 1993); Management Board of KAB – three mandates until 2007; Management Board of SAB – three mandates until 2010; Member of the Management Board of KAB – RK Plovdiv – 2015.