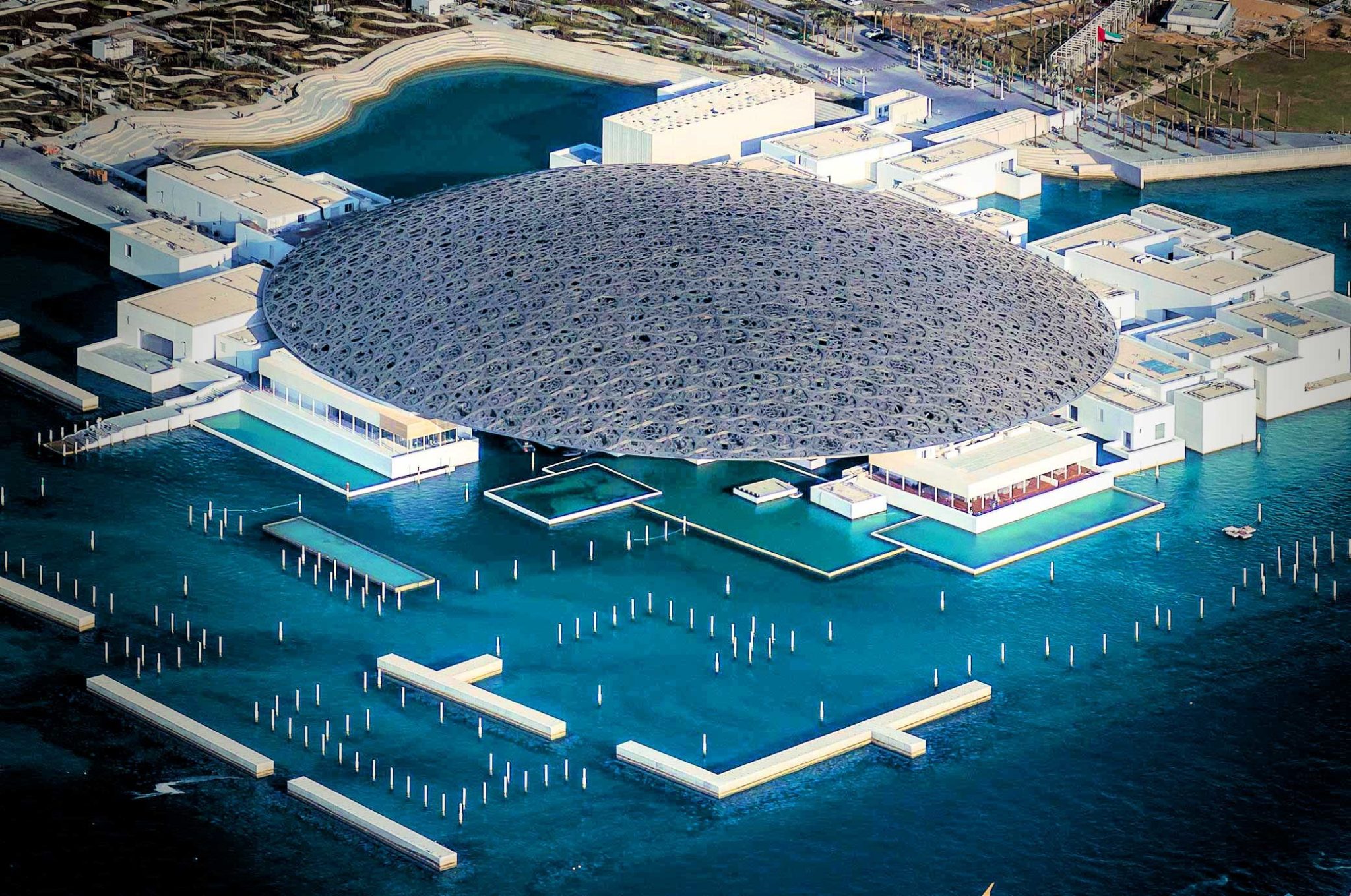 A symbiosis between two essential dimensions that brings a building to life, the Louvre Abu Dhabi succeeds in shaping itself as an innovation in architecture and in the engineering sphere as well, dominating through the simplicity and coherence of it’s disposing of.

The museum translates the Arab culture into edifying elements, beginning with the sacred relationship with water, the presence of the dome and the transposition of a typological city-specific to the area, which is concluded by 55 buildings that make up the museum. The space is a journey which is metamorphosed into a continuous experience determined by games of light realized through the dome. The light rain defines a sophisticated, bright space, a self-sufficient micro-climate cared for communicating with the outside and is composed of elements that restore the essence of the area.

Pritzker-prize winning architect Jean Nouvel sought inspiration for the concept of Louvre Abu Dhabi in traditional Arabic architectural culture. Taking a contextual approach to the site, Nouvel designed Louvre Abu Dhabi as a ‘museum city’ in the sea. The dome’s complex pattern is the result of a highly studied geometric design. It involved close collaboration between the architectural design team at Ateliers Jean Nouvel and the structural engineers at BuroHappold Engineering.

This metaphorical realignment in the architectural area of the celestial vault, the dome of the Louvre Abu Dhabi museum is the representation of 7850 stars superimposed on eight successive layers, each partly scaled and rotated. The specific pattern is repeated in different sizes and angles, outlining a succession of light and shadow. The dome has a diameter of 180 m, being symmetrical along a centralizing axis. It employs a triangular structure to achieve stiffness, weighing around 7,000 tones.

Furthermore, Louvre Abu Dhabi compresses approximately 10,000 individual elements, supported by four pillars hidden in different areas of the building, to materialize the illusion of levitation, enhancing its status in the architectural discourse. Considering the own weight of the dome, the accomplishment of the construction was a difficult task, but it was optimized by the realization of 85 distinct elements that united would form the unitary whole.

An expression of the nocturnal – diurnal bivalence

The dome becomes an expression of the nocturnal – diurnal bivalence, an earthly exposure of the heavenly vault. It takes on an eternally self-changing dimension, gravitating from the position of a protective element in front of the Saharan heat to a diaphanous oasis of light, where the connection with the part of water becomes primordial. This microclimate manages to assimilate the elementary of the external dynamics to become a reference court. It becomes the specter of an urban promenade, a refuge – a microclimate with a cultural exponent. 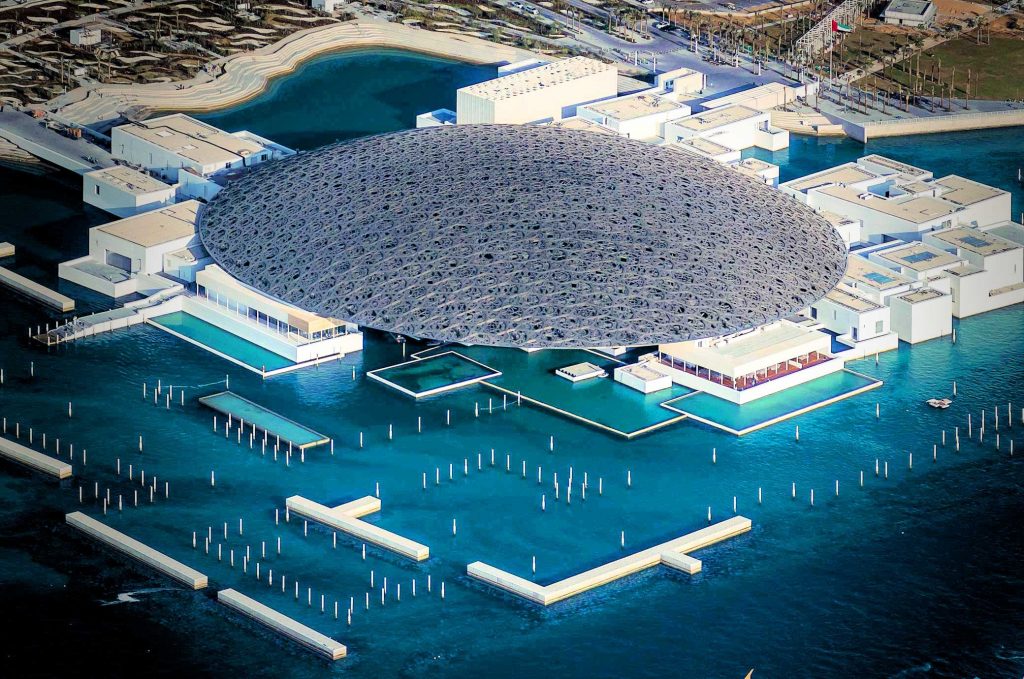 To comprehend the entire intensity when creating the dome which can be exposed as an innovation, Anna Wendt, BuroHappold Engineering director leading facade specific and multidisciplinary projects, will take part in SHARE-X as a speaker. Anna managed to create a large spectrum of how to approach different project typologies, combining elements of engineering and design and being able to concentrate performance in this whole procedure.

Her leading principle is integrating engineering points of view into the design process, in need to respond to the complexity of the space. The fact that she had the opportunity to work not only on a European level but on an international level permitted her cultural and perceptive baggage, which helped in conducting a quality design.

Her significant projects are Louvre, Abu Dhabi, with Jean Nouvel, Tottenham Hotspur Stadium, UK, with Populous, Banque Libano Francaise, Liban, with Snohetta and many others. Her exceptional results led to many awards, including Engineer of the Year at the Women in Construction Awards, 2016.

Join us at SHARE X – Conference for Advanced Architecture!

The future of architecture is inevitably linked to advanced technologies, innovation, and design. The 21st edition of SHARE in Bucharest, SHARE X – Conference for Advanced Architecture, will dig deeper into some of the perks of these tech stacks.

Meet our amazing speakers joining us at the conference:

The event will take place on November 14, at Radisson Blu Hotel, Bucharest.

Get your ticket for the conference!