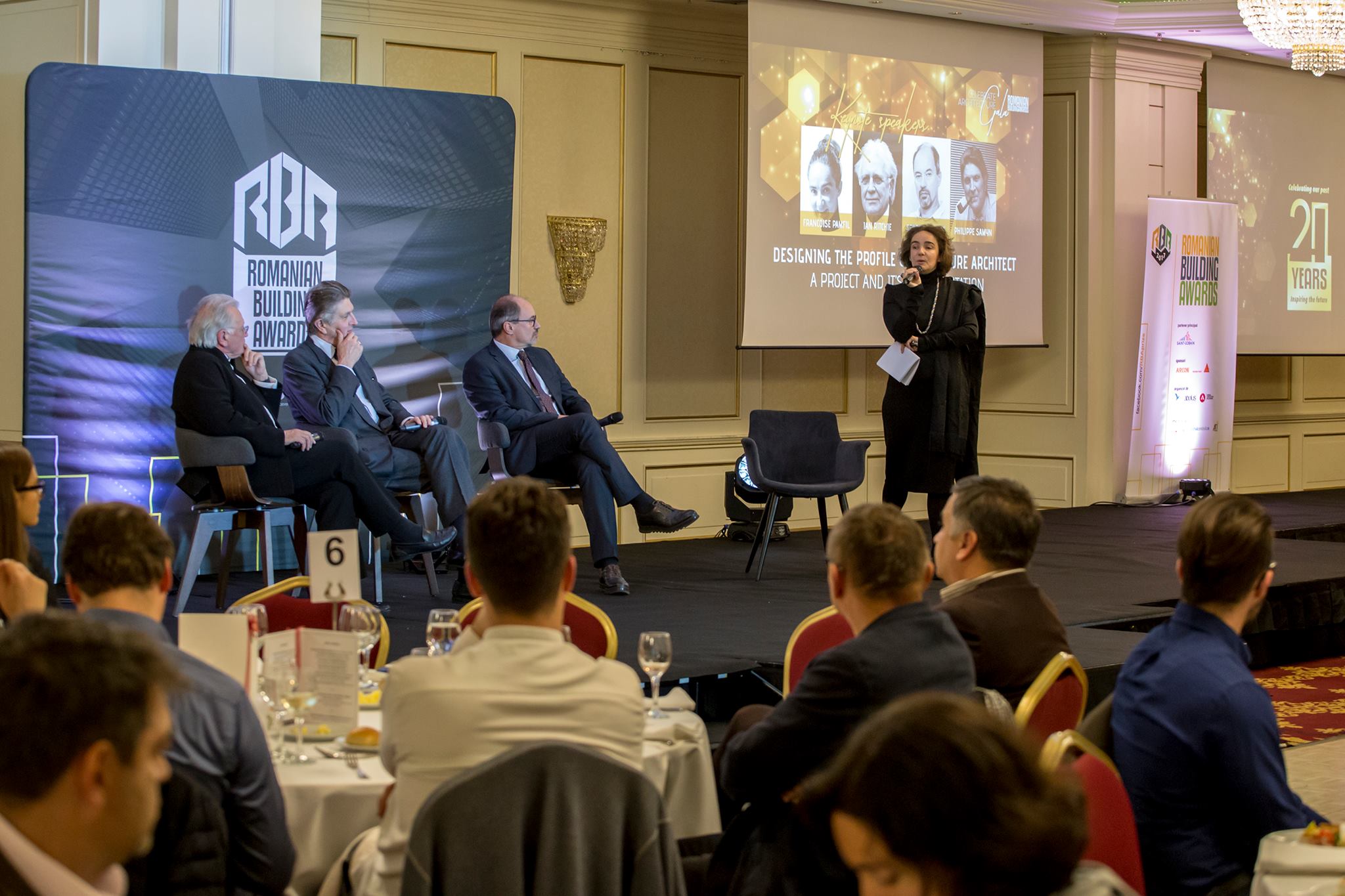 SHARE FORUM Bucharest 2017 took place on 6-7 November at the JW Marriott Grand Hotel. The event included some of the most important expo-conferences and debates on architecture and build space in Romania and brought together a series of extraordinary speakers to celebrate architectural excellence through their most recent internationally acclaimed projects. The main events of the Forum were the RIFF International Architecture Expo-Conference, highlighting the best practice examples in European architecture, and CONTRACTOR LIGHTING Architecture and Engineering. The highlight of the Forum were the two sessions of final presentations for Romanian Building Awards – RBA LIVE, followed by the RBA 2017 Awards Gala –Celebrate Architecture.

The list of guests present at this year’s edition of SHARE FORUM in Bucharest speaks for itself, counting renowned personalities from 13 countries: Romania, the Netherlands, Great Britain, Portugal, Bulgaria, Macedonia, Belgium, Italy, Slovenia, Spain, Norway, France and Poland. The British architect Ian Ritchie CBE RA RIBA Hon FRIAS Hon FAIA, winner of the LEAF Awards 2016 was present as the great speaker of the event. The special guest of the RIFF 2017 Expo-conference was the Dutch architect Xander Vermeulen Windsant, the founder of one of the winning offices at the EU Mies Awards 2017. The special guest of the CONTRACTOR LIGHTING 2017 Expo-conference was the French designer Jean-Yves Soetinck, winner of the IALD Award of Excellence 2017.

During the RBA Final 2017, the 18 projects selected by the Board were presented in two sessions by their authors in front of an international jury composed of Renato Rizzi, Italian architect and architecture theoretician, Bruno Andresoiu, lead architect at iglooarchitecture and the president of igloomedia, Andrei Serbescu, architect at ADNBA and winner of RBA 2016, Miha Dešman, founder DANS arhitekti in Slovenia and Xander Vermeulen Windsant, architect, founder of XVW Architektuur from the Netherlands and the President of the RBA 2017 Jury. Four Honorable Mentions were offered to the following projects:

The RBA Award Gala – Celebrate Architecture completed the first day of SHARE Forum Bucharest 2017. It started with a debate on the theme Designing the Profile of the Future Architect. A Project and its Implementation which was conducted by arch. arh. Françoise Pamfil, chief-editor at IGLOO media and included arch. Ian Ritchie, arch. Philippe Samyn, member of the Belgian Royal Academy and arch. Șerban Țigănaș. This was the beginning of a courageous SHARE editorial project which aims to be launched each year during Romanian Building Awards and bring up to discussion some of the most important issues in architecture. The project is set to gather contributions from all ten locations of the Forum in a published volume at the end of each year. This year, the content curator was Șerban Țigănaș, UIA General Secretary and the President of the Romanian Chamber of Architects.

The RBA Trophy and mural plate offered during the award ceremony that followed was designed by arch. Alexandru Barbu – the winner of the RBA Trophy 2017 design competition.

SHARE Forum Bucharest gathered also a series of collateral events. The competition launched by the Kronospan Foundation – Wood Reinvented – joined us with a live session of presentations for the finalist projects. The jury of the competition was presided by arch. Serban Tiganas and was composed of arch. Pako Radovanovic from Rado engineering Skopje, Macedonia, arch. Mihai Nuta, wood specialist, arch. Ken Mackay from Mackay + Partners, UK and the Kronospan Foundation representative ambassador arch. Biborka Bartha. After deliberations the First prize was received by Skylight House, a project submitted by Atelier MASS, arch. Silviu Aldea.

The second day of the event brough another debate focusing on professional issues relating to the architecture in Central and South-Eastern Europe. Another surprise of SHARE Forum was the ARCHITECTURAL LIGHTING MASTERCLASS BY CONTRACTOR held by arch. Jean-Yves Soetinck, Owner, Lighting Designer, ACTE LUMIERE, France – the special guest of this session.

The SHARE INTERNATIONAL ARCHITECTURE AND ENGINEERING FORUM Bucharest 2017 is a dynamic event organized by the ABplus Events Association in partnership with the Romanian Chamber of Architects and The SHARE FORUM brings together each year hundreds of practicing architects and contractors from Europe, Asia and the United States of America, becoming one of the most important networking platforms for the construction related fields in Central and Eastern Europe. Its annual editions are a constant relevant presence in Warsaw (Poland), Budapest (Hungary), Bucharest (Romania) and Skopje (Macedonia). 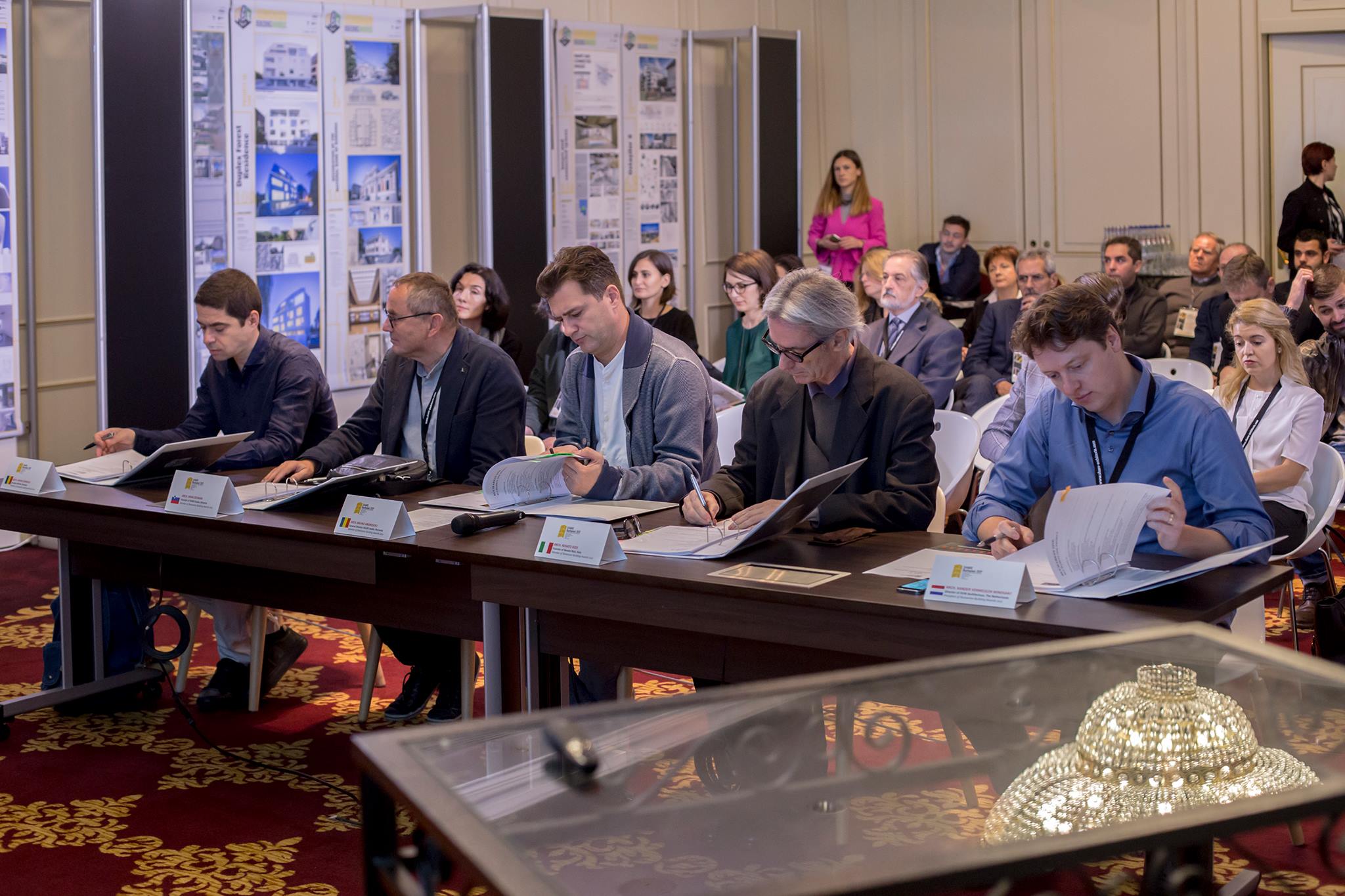 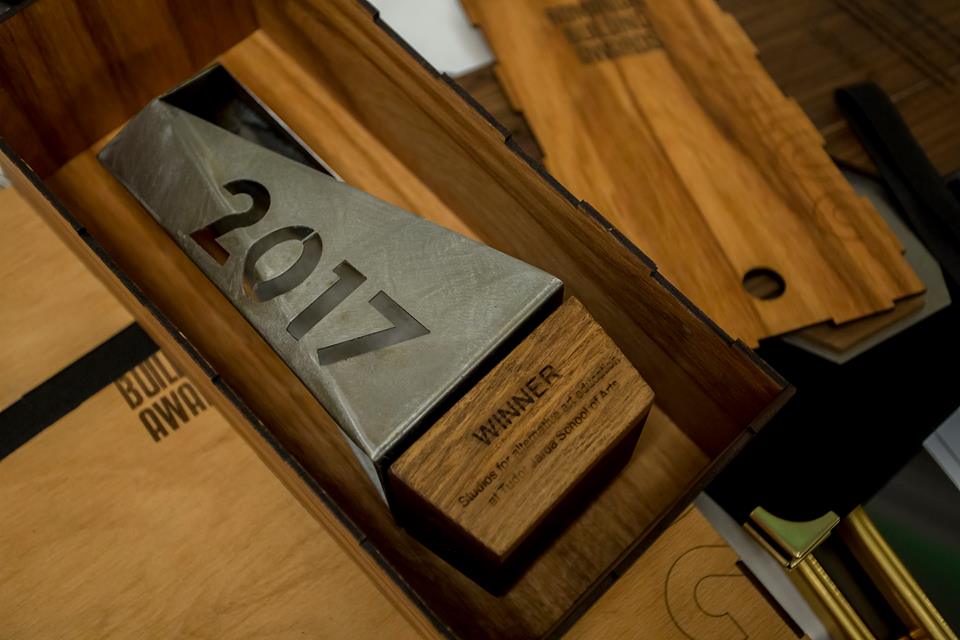 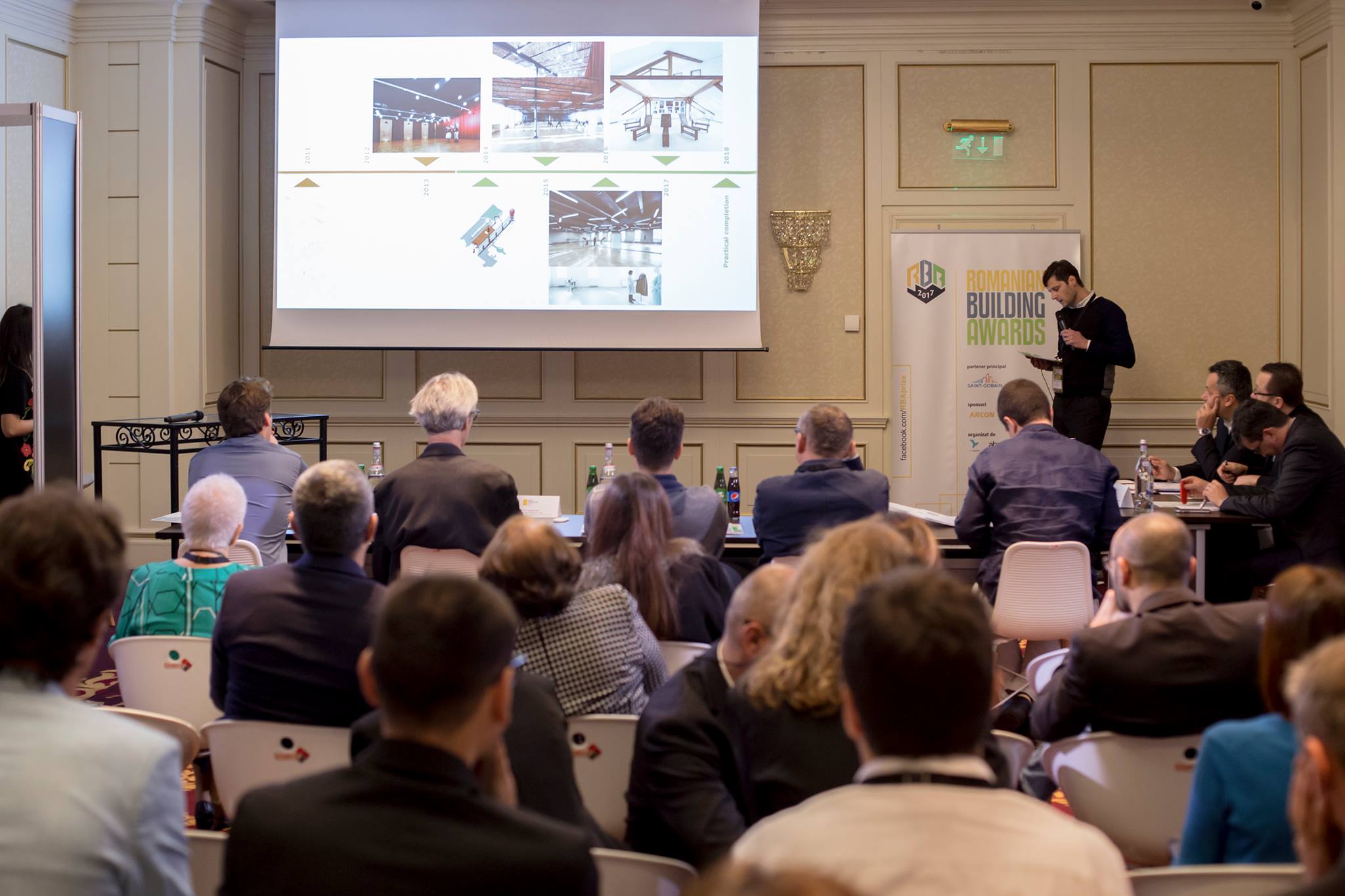 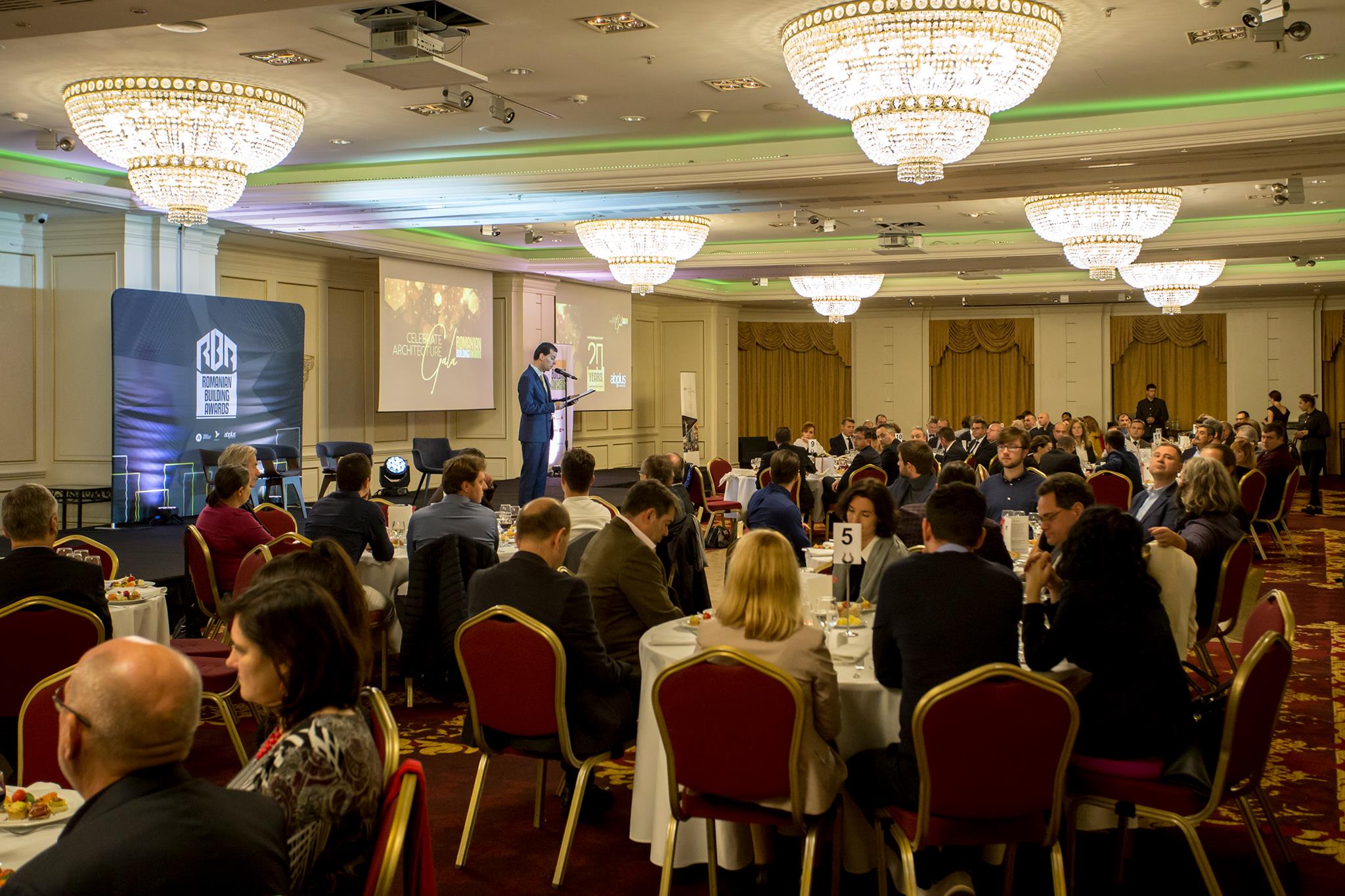