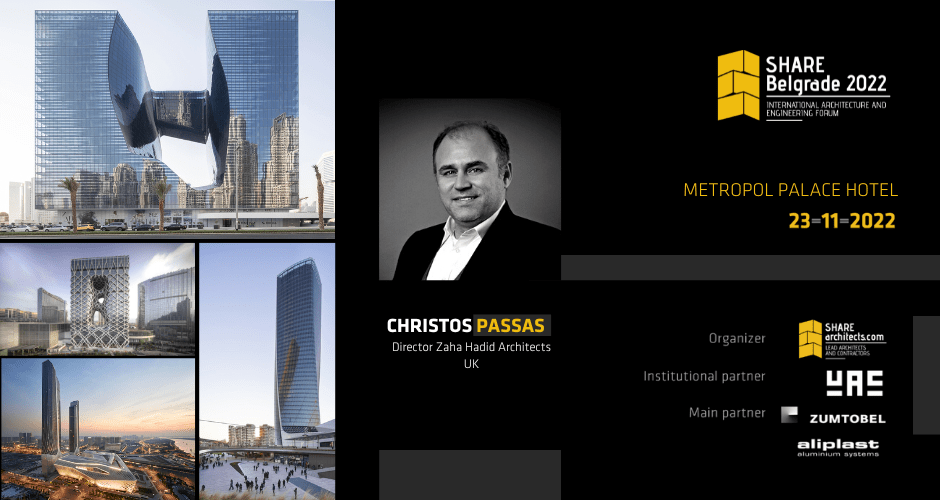 Christos joined Zaha Hadid Architects as a senior designer in February 1998. Now a director, he is responsible for leading a wide range of key projects and competitions within the practice.

Involved in many of the practice’s seminal projects such as the Rosenthal Centre for Contemporary Art in Cincinnati; the MAXXI: National Museum of 21st Century Art in Rome; and the Sheikh Zayed Bridge in Abu Dhabi, he led the design of the Phaeno Science Centre project in Wolfsburg, Germany, which was shortlisted for the Stirling prize in 2006.

Christos is currently project director for the recently completed Opus in Dubai, UAE, as well as Sverdlovsk Philharmonic Concert Hall in Yekaterinburg, Russia and the Sberbank Technopark in Moscow, Russia; a 262,000m2 new complex that forms part of the wider Skolkovo campus considered to be a new ‘Russian Silicon Valley’, and will accommodate up to 12,000 people across the IT and marketing departments. As project director, Christos is also leading a number of ZHA’s major masterplan projects, including Admiral Serebryakov Embankment in Novorosky, Russia; Rublyovo-Arkhangelskoye Smart City, Russia; Kartal Pendik Masterplan in Istanbul, Turkey; and Eleftheria Square in Nicosia, Cyprus.