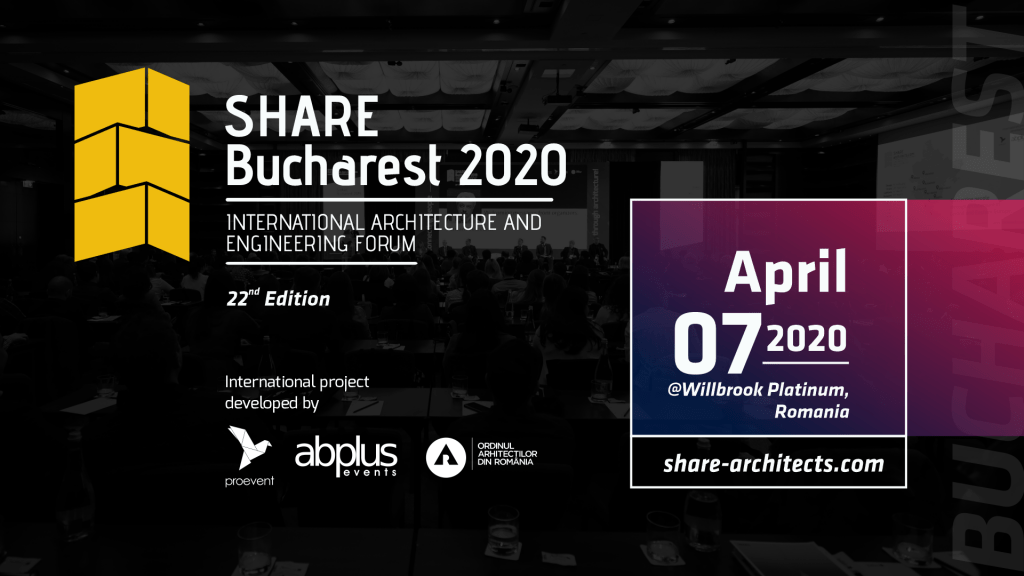 Organized by Pro Event Cultural Association in partnership with the Order of Architects in Romania, SHARE Bucharest 2020 looks ahead to bringing together delegated architects, municipality officials, engineers, urbanists and other professionals related to architecture field. 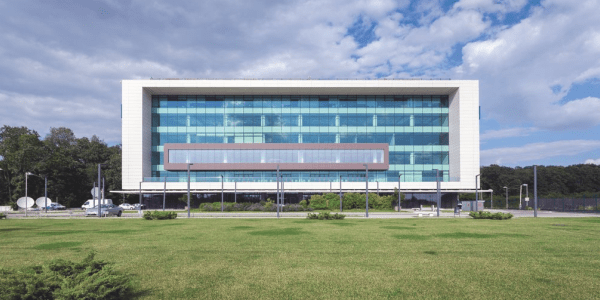 Platinum Business and Convention Center is an elegant project in which environmental considerations contribute to a fundamentally superior building – more comfortable, more efficient, more appealing and ultimate more profitable . The building was designed to have a positive impact on public health and on the environment to have the operating costs reduced, enhanced building and organizational marketability and potentially increases occupants’ productivity.

We invite you to meet our speakers and register for SHARE Bucharest 2020! 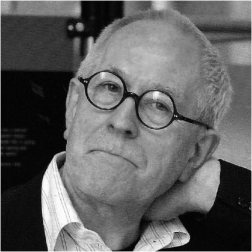 Sir Peter Cook RA is an English architect, lecturer and writer on architectural subjects. He was a founder of Archigram, and was knighted in 2007 by the Queen for his services to architecture and teaching. He is also a Royal Academician and a Commandeur de l’Ordre des Arts et des Lettres of the French Republic. His achievements with Archigram were recognised by the Royal Institute of British Architects in 2004, when the group was awarded the Royal Gold Medal. He was a director of London’s Institute of Contemporary Arts (1970-1972) and chair of architecture at the Bartlett School of Architecture at University College London (1990–2006), and has been director of Art Net in London and curator of the British Pavilion at the Venice Architecture Biennale. He continues to curate, organise and exhibit around the world: in Seoul, LA and Cyprus, the Centre Georges Pompidou, Paris and Design Museum, London as well as in castles, sheds and garages. He is a Senior Fellow of the Royal College of Art, London. 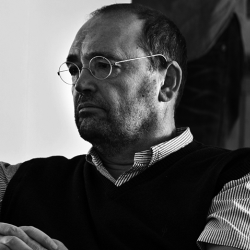 In June 2008, he founded the Architecture and Society Foundation, which works to favor the interaction of architecture with other disciplines of creation, thought and economics. In September 2015, the CSCAE Medal (Superior Council of Colleges of Architects of Spain) was awarded to this foundation as an entity that has accredited an activity of fundamental relevance in the field of promotion, dissemination and public presence of Architecture.

In July 2015, the Biennial Governing Council appointed him General Coordinator of Biennials. Under his coordination, the Golden Lion of the exhibition was granted to the Spanish Pavilion in Venice in May 2016.

RIBA International Fellowship was appointed in December 2011, a distinction granted by the Royal Institute of British Architects (RIBA) to non-British professionals for their particular contribution to the field of architecture. Also, in February 2013, AIA Honorary Fellowship, a distinction awarded by the American Institute of Architects (AIA), has been appointed to non-American professionals who have contributed significantly to architecture and society. In November 2016, the Berlin Academy of Arts awarded Francisco Mangado the Berlin Art Prize-Architecture 2017 Award in recognition of his work. In 2019 the Italian Association of Architecture and Criticism has assigned him the International Selinunte Prize 2019. 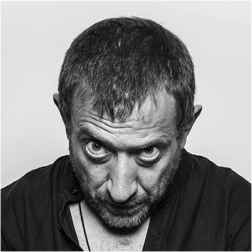 Bernard Khoury was born in Beirut in 1968. He studied architecture at the Rhode Island school of Design (BFA 1990 / B.Arch 1991) and received a Masters in Architectural Studies from Harvard University (M.Arch 1993). In 2001, he was awarded, by the municipality of Rome, the honorable mention of the Borromini Prize given to architects under forty years of age. In 2004, he was awarded the Architecture + Award. He is the co-founder of the Arab Center for Architecture. He was a visiting professor at the Ecole Polytechnique Fédérale de Lausanne, L’Ecole Spéciale d’Architecture in Paris and the American University of Beirut. He has lectured and exhibited his work in over one-hundred-twenty prestigious academic institutions in Europe and the U.S. including a solo show of his work given by the International Forum for Contemporary Architecture at the Aedes gallery in Berlin (2003) and numerous group shows including YOUprison at the Fondazione Sandretto Re Rebaudengo in Turin (2008) and Spazio at the opening show of the MAXXI museum in Rome (2010). He was the architect and co-curator of the Kingdom of Bahrain’s national pavilion at the Venice Biennale’s 14th International Architecture Exhibition in 2014. Khoury started an independent practice in 1993. His work has been extensively published by the professional press. Over the past twenty years, his office has developed an international reputation and a significant diverse portfolio of projects both locally and in over fifteen countries abroad. 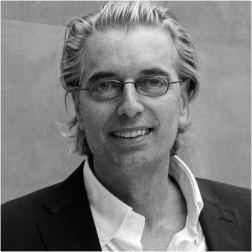 He has founded in 1997 “Nemesi Studio” and in 2008 in collaboration with Susanna Tradati, has founded “Nemesi & Partners”, an Integrated Service Company for architectural services settled in Rome. As Creative Director he deals with architectural and urban design projects, participating and winning several important international competitions. In recent years he has work both on the reinforcement of the international professional activity and on the continuous research and experimentation of fore-front design languages. In order to expand and upgrade the company to an international level, Nemesi is going to open two new branches in Milan and Shenzhen in 2020. From 2000 to 2006, after having acquired the title of Doctor (Phd), Michele Molè has been researching on the theme of “ Contemporary Architecture Theory”, and has been Professor at the Architecture Faculties “Ludovico Quaroni” and “Valle Giulia” , at the university “La Sapienza” in Rome. In 2007-2008 ha has been Professor for Design Studio at the university in Ferrara. He regularly takes lectures at universities and cultural institutes in Italy and abroad. 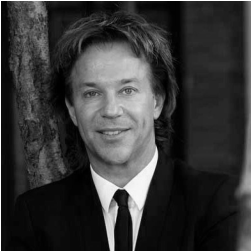 During his over 35 years of successful practice, Erick van Egeraat (Amsterdam 1956) built a highly diverse portfolio containing ambitious and high-profile projects in the Netherlands, Europe and the Russian Federation. He has led the realisation of over 100 projects in more than 10 countries ranging from buildings for public and commercial use to luxury and social housing projects, projects for mixed use and master plans for cities and even entire regions. Each of these projects represents his very personal and expressive vision on architecture and urban development. Both Erick van Egeraat and his work have been the recipients of numerous international awards and citations such as the For Budapest Award 2006 for his design of architectural masterpieces in Budapest and the RIBA Award 2007 for the Middlesbrough Institute of Modern Art.

Erick van Egeraat graduated from the Technical University of Delft, Department of Architecture, with honourable mention in 1984 and was the co-founder of Mecanoo – the renowned avant-garde architects. In 1995 he established (EEA) Erick van Egeraat associated architects with offices in Rotterdam, Moscow, Budapest, London and Prague. In order to better meet the demands of a portfolio as diverse as his, Erick van Egeraat successfully restructured his company early 2009 into what is now Design Erick van Egeraat. 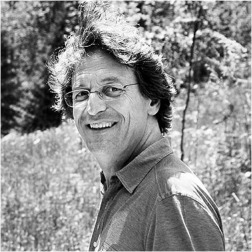 For 20 years Davide Macullo was project architect in the atelier of Mario Botta with responsibility for over 200 international projects worldwide. He opened his own atelier in 2000. The ethos of the Davide Macullo Architects studio has developed into one of ‘cross-experiences’ and promotes an open and cultural exchange with architects and collaborators coming from different backgrounds. The work of the Studio has received awards, been published and exhibited widely both at home and abroad; in Switzerland, Italy, France, Greece, Germany, Austria, Hungary, Slovenia, Turkey, Russia, China, Korea, Australia, Argentina, Ireland, UK and in the US and has just published SWISSMADEINITALY, which focuses on eight of its residential projects in Ticino. Davide has also lectured on the work of the Studio at the Architektursalon in Munich, CAFA Beijing, Seoul National University, IUAV Venice, Florence Kent University, the International Convention of Architecture in Budapest and at the China Building Decoration Association. 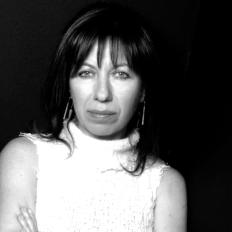 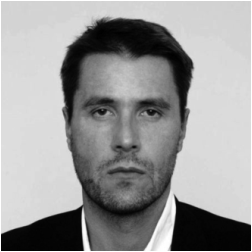 Since 1988 he has worked with the architect Kazimierz Łatak and in 1995 they founded their own studio, Biuro Projektów Lewicki Łatak which, renowned in the area, has won several prizes in architecture competitions for projects including the Ghetto Heroes Square, Nowy Square, the Krakow Centenary Stadium, and Kazimierz, a pedestrian and bicycle bridge over the Vistula River in Ludwinów. The Heroes of the Ghetto Square received an Honorary Mention in the European prize for Urban Public Space (Barcelona 2006) and the Gold Award in the Urban Quality Award (Frankfurt am Main, 2011). The Biuro Projektów Lewicki Łatak studio also received the SARP Prize for Architectural Design in 2004 and the Annual Award from the Ministry of Culture and National Heritage in 2018. 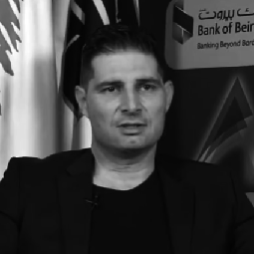 Christos Christodoulou was born in Nicosia in 1973. He studied Architecture in Manchester Metropolitan University. He received the BA(Hons.) in Architecture in 1995 and the B.Αrch. in 1997. At university, the main field of his research and study was urbanism, contextualism and insertions of new buildings in the existing urban fabric. From 1997 until 2000 was working as intern architect at Tyler&co Architects in Manchester, UK. He was involved with projects in the UK, Scotland, Russia, Germany, Estonia, Greece and Lithuania. In 2000 he relocated in Cyprus and worked in local architectural practices until 2002. He has also worked as intern architect for the Municipality of Nicosia and the Nicosia Masterplan in 2003-2004. Since 2003 is a founding partner and director at Simpraxis Architects mainly working on residential, commercial and public projects. He has been a recipient of several awards in International Architectural Competitions and his work has been published in books and magazines. He is a member of RIBA, ARB, ETEK (Technical Chamber of Cyprus) and served in the CAA (Cyprus Architects Association)