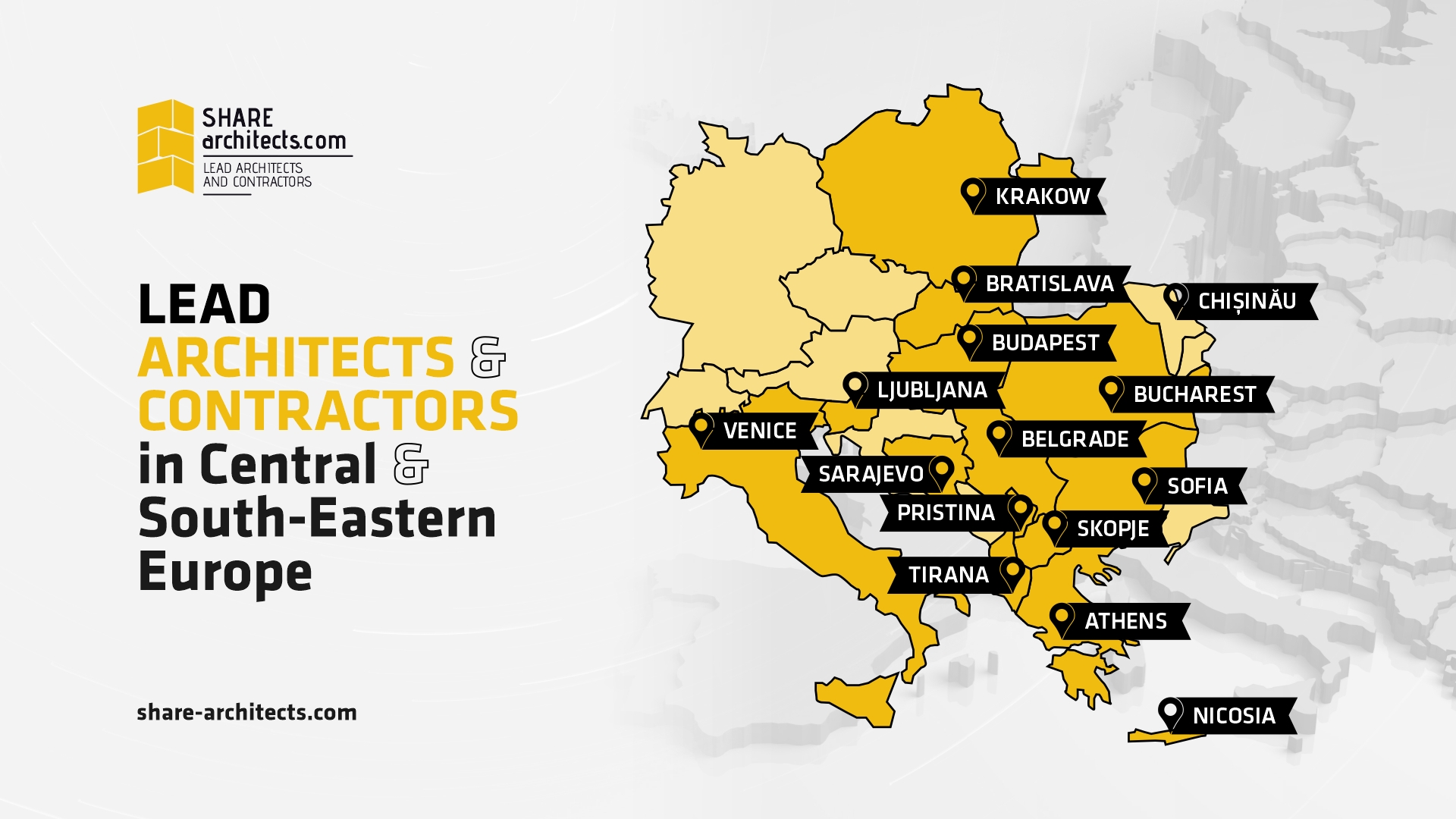 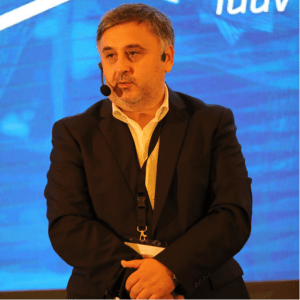 Sarajevo will be the next host of the SHARE International Architecture and Engineering Forum, organised annually by SHARE Architects. This is the first edition to be held in the capital of Bosnia and Herzegovina, scheduled for 14 June. The annual editions of the Forum are a constant and relevant presence in countries such as Albania, Bulgaria, Cyprus, Greece, Republic of Moldova, Hungary, Northern Macedonia, Poland, Romania, Serbia and Slovenia.

Florin Mindirigiu, founder of SHARE Architects: “We are looking forward to meeting the architectural community of Bosnia and Herzegovina at the event on 14 June in Sarajevo, which will bring together exceptional speakers.” Read on for an interview with the man behind the most active networking platform for professionals in the AEC (architecture, engineering and construction) industries in Central and South Eastern Europe.

– You founded SHARE Architects almost 25 years ago and are now the leading organiser of architectural events in South East Europe. In short, what is the history of SHARE Architects?

From the outset, we asked ourselves a complex and practically relevant question, namely how AEC professionals could share their knowledge on a European scale to achieve higher levels of competence. As a result, we founded the SHARE Architects community, which aimed to promote excellence in the fields of architecture and construction and to strengthen interactions between architects, and on a broader level, to strengthen the position of architecture as a profession.

– What can you tell us about the vision behind SHARE Architects’ success?

SHARE Architects’ vision for Eastern and Central Europe is based on the not yet exploited potential for expression of the architectural profession which could be enhanced by appropriate means of communication and a network through which architects could benefit, for more European and global representation.

SHARE Architects represents an ongoing commitment to track and bring updates to our professional audience on the latest innovations in these fields.

The SHARE Forum Network has been filling a missing piece for architects for 25 years, persistently building one of the most active international architecture forums in the region. Now we can firmly say that we have answered the question from the beginning, creating through SHARE Architects an effective way for architects to communicate with administrative and political support, exchange values, know-how and best practice examples. 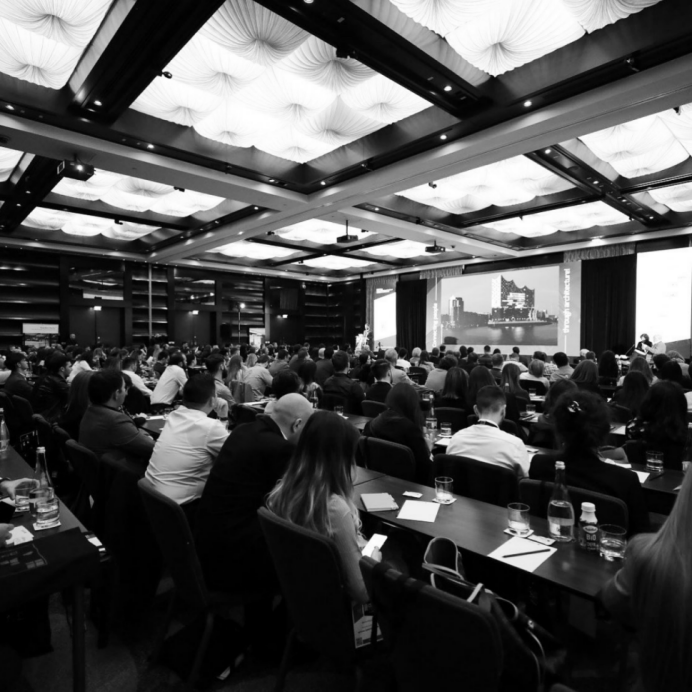 – Who are the special guests of the first edition of the SHARE Forum in Sarajevo and what topics will be addressed during the event?

First of all I would like to thank the Association of Architects of Bosnia and Herzegovina for the commitment and partnership in organizing the forum. We look very eager to meet the architectural community of Bosnia and Herzegovina at the event on 14 June, which will bring together exceptional speakers. We have been hoping to organise the SHARE Forum in Sarajevo for several years, but the pandemic period has delayed this dream.

We will also celebrate the entire career of arch. Vedina Babahmetovic, founder and principal architect of Entasis, by presenting her with the SHARE Opera Omnia Award for notable achievements in the field of architecture, as well as for her role in the development of significant architectural projects throughout her career.

– How do SHARE Architects’ events differ from similar events in Europe?

As I said at the beginning of this interview, SHARE has become, for each of the countries in which it is organised, the annual meeting place for architectural leaders. We have a constant and relevant presence in countries such as Albania, Bulgaria, Cyprus, Greece, Republic of Moldova, Hungary, Italy, North Macedonia, Poland, Romania, Serbia and Slovenia, with each SHARE location always focusing on creating the premises for a dialogue between local practices and associations and the regional/international context. 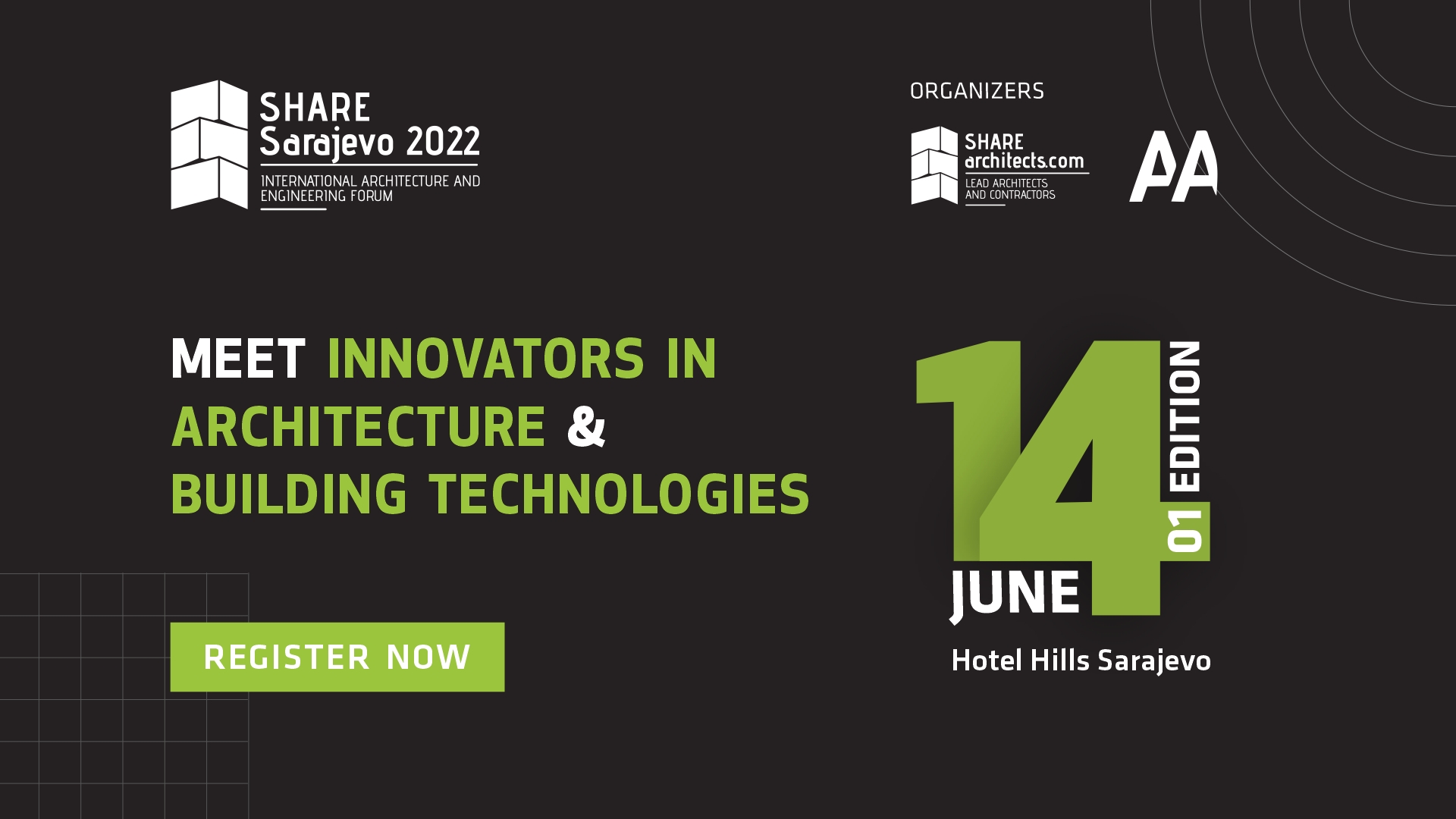 SHARE thus becomes the perfect opportunity to discuss common but also specific problems of the built environment in Central and Eastern Europe. Based on the requirements of this active community of participants and speakers it was decided to establish the premises of an international society of architects – SHARE Society, which would increase the connectivity between its members in a structure where common experiences, ideas and best practices are shared. In this context, in 2017 in Belgrade, the framework of a regional club of architects who are members of the national chambers of architects and the most representative professional associations in the region was established, which later became the Consultative Council of Architects of Central and Eastern Europe CCA – CEE. We believe this is what differentiates us from other colleagues. In addition, another strength is the development of complementary projects for example – “Designing the Profile of the Future Architect”, our editorial project highlighting 100 international contributions, a collection of architectural manifestos, essays and interviews. It is a collective insight by 100 architects from around the world into how architecture has changed over time and what it might look like in the future, based on the challenges of this fascinating field.

– How has SHARE Architects improved the professional experience of your conference participants?

SHARE Architects Society comprises an active community that acts as a catalyst for networking, debate and action.

Participants at these conferences can exchange ideas and learn from each other, and when you see that people want to attend our events not just once, but every time they are organised, it means that we are addressing and anticipating their needs properly.

Indeed, Arch. Ian Ritchie- from Ian Ritchie Architects and SHARE Society Fellow sees  SHARE as “an intellectual, emotional exchange of creative people”, while Sir Philippe Samyn – founding partner of Samyn and Partners,/ SHARE Society Fellow endorses the same idea of a “long awaited” established architecture network which has “an intellectual purity, an intellectual freshness” and which does not take into account the age of participants but concentrates its attention to spreading the knowledge.