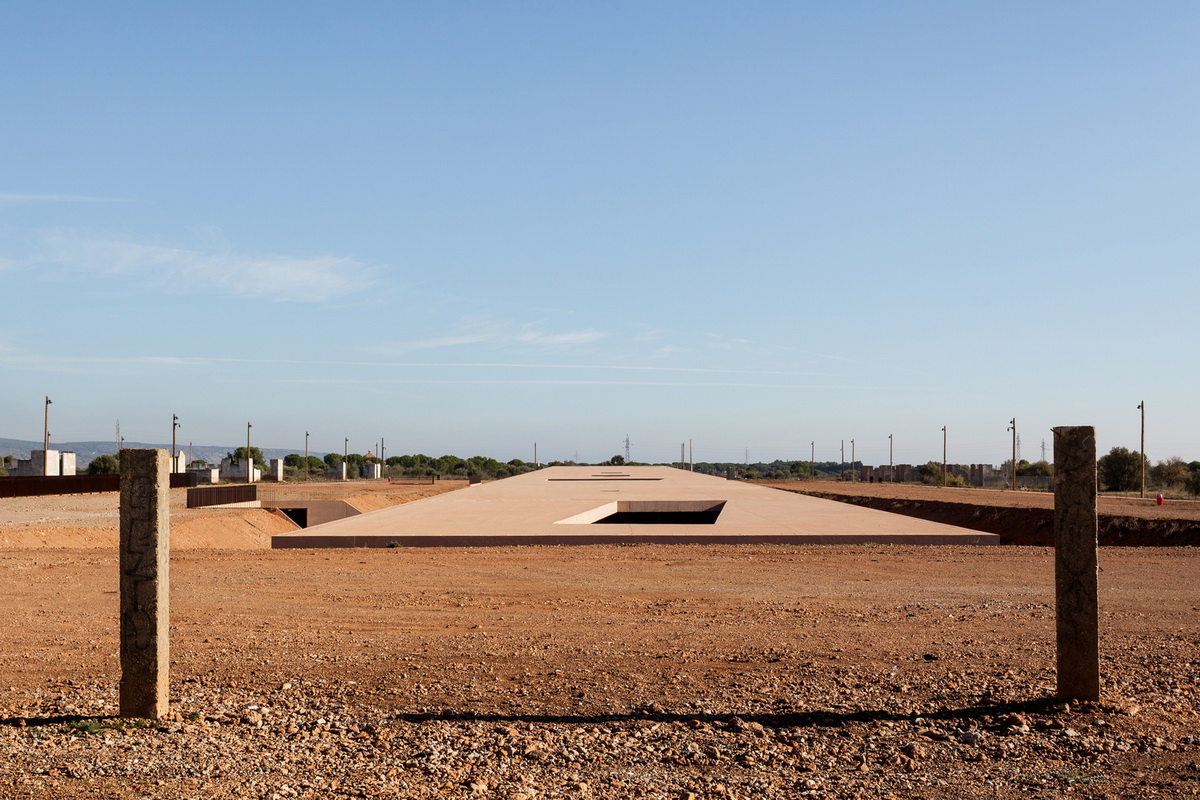 Rudy Ricciotti is invited at SHARE Forum 2017 to give a lecture about the Memorial Museum at Rivesaltes, a project he completed in 2015. The event will take place on 6-7 November at the JW Marriott Grand Hotel during RIFF 2017 Bucharest.

The Memorial is an intervention in the center of a former military base built in 1938 in southern France which became shortly after a transit camp for undesired civil population, including Jew deportees intended to be transferred in Nazi extermination camps. It hosted over 60000 people during the XX century and therefore the museum is rightfully called a memorial for all undesirables.

Rudy Ricciotti is an architect born in 1975 who finished in 1975 the Engineering School in Geneva and in 1980 the Architecture School in Marseille. Nowadays he approaches particularly the theme of the contemporary museum and its demuseumification. His preferences in terms of materiality are oriented towards exposed concrete – a direction for which this museum stands for as a showcase – bringing him a series of awards, such as the American Concrete Institute Excellence Prize for Concrete Constructions in 2015 – the first prize in the Architectural Concrete category for his Jean Bouin Stadium.

The European and Mediteranean Civilization in Marseille – MUCEM – the Islamic Art Department at the Louvre Museum, the Jean Cocteau Museum in Menton, the Bridge of the Republic of Montpellier, the International Center for Arts and Culture CIAC in Liege or the Philharmonics in Gstaad, Switzerland and Potsdam, Germany stand among his most noted built projects.

The special context of this intervention speaks both of a past of contention which still claims its rememberance, and of a present which constantly reiterates its mistakes, where men find themselves more and more in undesired conditions.

The building is mute to the exterior and opens itself only towards the sky through the three patios associated with three adjacent functions – a coffee shop, a research center and  an administration quarter – and towards the earth it is sunken into and to which it resembles – three access points for public and staff use allow for this intimate connection. Its silence is augmented through the means of a rigid orthogonal geometry and the monolithical perception of raw exposed concrete. The whole appearance of the building  takes upon itself particular military spatial elements of the camp while making a simple but bold and effective gesture of sinking in the ground and leaving the hole open for everyone to see. However this gesture is humble enough to communicate in a strange manner the story of the camp, while it both connects to and creates its context.

Double concrete walls hide all technical and draining systems adding massivity to the overall image of the block. The roof slope ascends smoothly from the ground  towards the level of the surrounding wall remains of the camp barracks. The intervention lays in the ground silently testifying for the past and humanity – a 240 meter long body that speaks nothing while resting for everyone to read behind its heavy walls.

“We cannot remain untouched by the history of Rivesaltes Camp or indifferent to all human tragedies that happened there. The Memorial is silent and lays heavy in the ground. It is here to take the fall for everyone that passed through this camp. For the absentees. Its body has to be responsible for keeping alive the memory of the past.”

This project has been shortlisted as a finalist for the Mies van der Rohe Award 2017 and received the Special Grand Prize of the “Equerre d’Argent” Jury. Among Rudy Ricciotti’s awards count also the Museum Prize of the European Council 2015 for MUCEM, the Excellence Prize for Concrete Buildings of the American Institute of Concrete in 2015 or the Excellence Prize for Low-rise Buildings.

In order to be present at RIFF 2017 –  a SHARE Forum event – and see Rudy Ricciotti’s special lecture register here until 1 September – when the first registration period ends. RIFF 2017 edition in Bucharest will bring together over 250 architects, designers, project owners and beneficiaries, leaders in the construction market, companies with solutions for façades, roofs, insulations and floors. The conference that is considered a continous trainning program for architects is organized in cooperation with the Order of Architects in Romania and is chaired by arch. Șerban Țigănaș, the President of OAR.