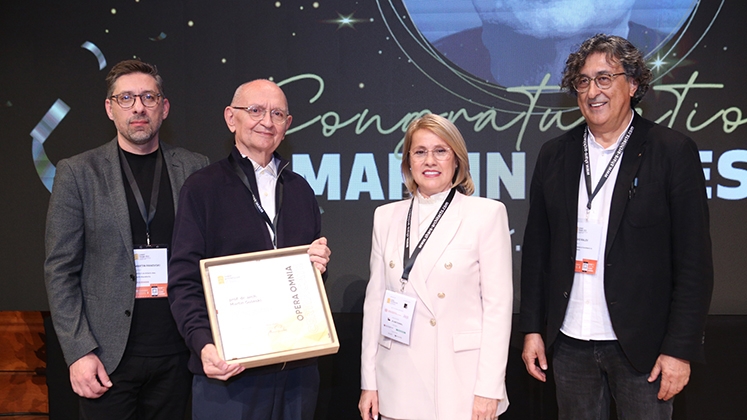 Five decades of dedication to architecture: Martin Guleski’s work has been honored with the SHARE OMNIA AWARDS

In honor of Prof. Dr. Martin Guleski, on the occasion of the SHARE OMNIA Award,

”Prof. Guleski was born in 1945 in Strumitsa. He graduated in 1969 at the Lviv Polytechnic National University. After graduation he gain his first working experience as a practicing architect with Pelagonija proekt from 1969 to 1972. His path to the academic world started in 1972 when he was elected as an Assistant at the Department of Architectural Design of the Faculty of Architecture at Ss. Cyril and Methodius University in Skopje. He continued to develop his academic accomplishments and in 1986 he got his master thesis from the Faculty of Architecture of the University of Belgrade.

In 2003 he became he was appointed Ambassador of Republic of Macedonia to Ukraine. With Atelje Ajvar from 1976 until 2002, Guleski designed ojbects for competitions and commissioned projects with various programs, for which he received many awards. The result of the work with Atelje Ajvar was shown on two exibitions, held in 1981 and 2001. On the 2008 and 2010 Venice Biennale, Guleski was part of the teams that represented the Republic of North Macedonia. For the project Nova high-school, alongside with professor Vlatko Korobar, he received the two most prestigious awards in North Macedonia, the Grand Annual Award of AAM in 2000 and the Grand Prix Award of the Macedonian Biennale in 2002. For his contribution and lifetime dedication to architecture in 2015 he was awarded with the Andrea Damjanov lifetime achievement award, promoting him a member of the Academy of Architecture of the Association of Architects of Macedonia.

Along with his academic career he has been developing his architectural practice, which has resulted with more than 150 projects and 70 competitions. His collaboration with some of our most eminent architects and professors is an example that architecture as a team work does not jeopardize one’s own unique identity and character. His work demonstrates a combination of qualities of talent, vision and commitment, put together in the multiple layers of what architecture should be: practicing, teaching, competition, team work, publishing and unselfish dedication to the well-being of the profession through his engagement in the Association of Architects.

Maybe the best way to describe Guleski’s work is an architecture which is created at the intersection of science and art. The sum of his work builds an incredible body of knowledge for future generations”,

The fifth edition of the International Architecture and Engineering Forum, SHARE Skopje 2022, took place on 15 November at the Macedonian Philharmonic. The event gathered in Skopje speakers from UK, Spain, Italy, Hungary,  Romania and North Macedonia.