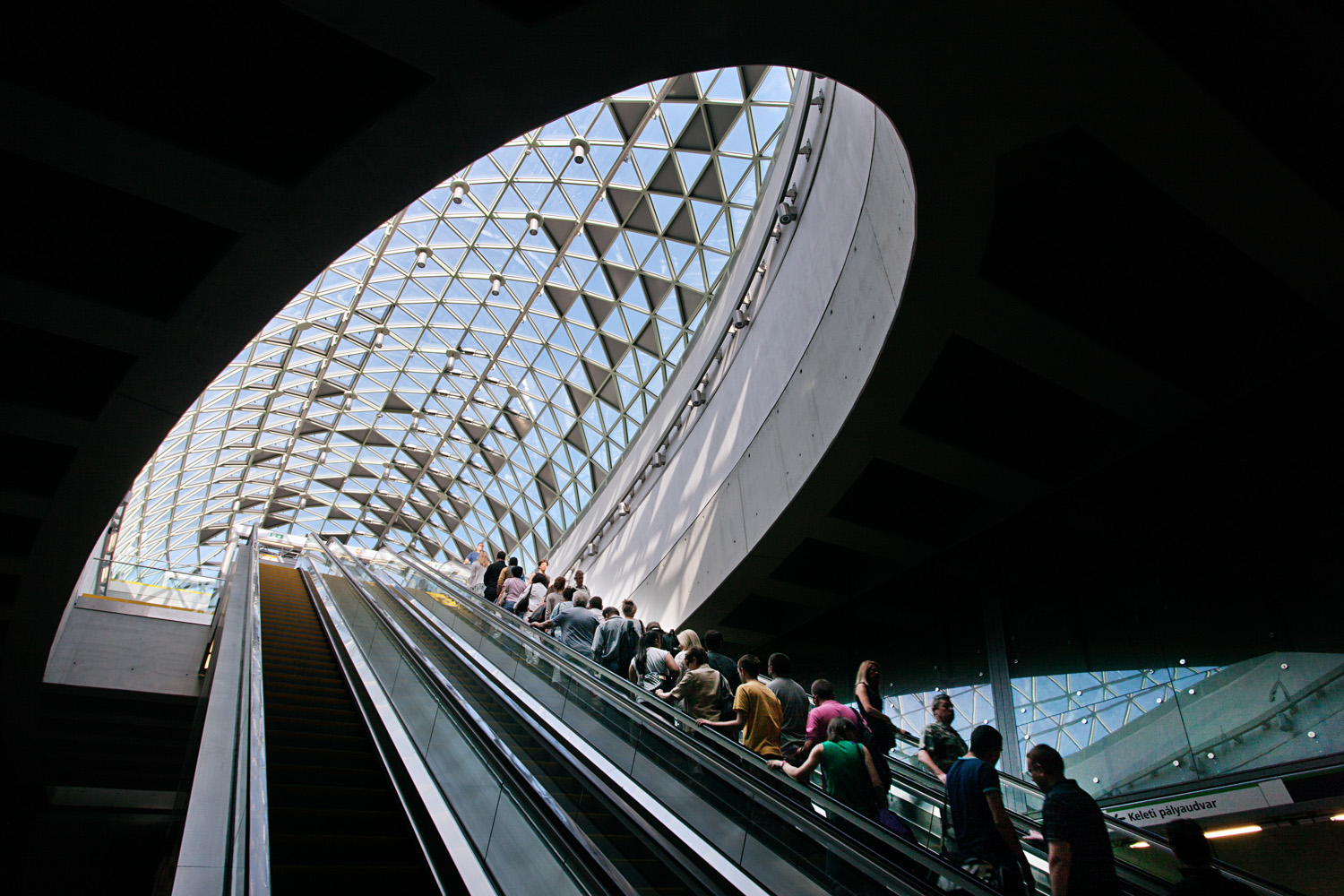 Csapó Balázs, architect and team manager at PALATIUM Studio Ltd., will be attending LAUD Bucharest 2016 (June 14), where he will talk about Underground Glass, the architecture studio’s greatest challenge to date, designing the Budapest Metro 4 line stations.

As a young architect, Balázs Csapó has been a partner at Palatium Studio Ltd. since 2005. Palatium was responsible for the general designing of Metro Line 4 Budapest, the largest infrastructural project of Budapest in the past decades. Mr. Csapó had a key role in managing and harmonizing the work of different architect offices with huge engineering companies. Besides taking part in several professional projects, Mr. Csapó is an active member of the Budapest Arcitect Chamber and is also involved in the Board of Supervision of the Chamber of Hungarian Architects.

Underground line M4 in Budapest has been the largest infrastructure project of the city for the last decades. The architects aimed to provide attractiveness for public transportation through the quality of the design of a series of new public spaces in Budapest. The new line with its ten stations can be regarded as a building of ten wings, where each wing has its own atmosphere, while they clearly belong together. Following a national competition in 2004, PALATIUM Studio built up a network of architect offices to cooperate with large engineering companies. Similar gestures of handling spaces, functions and materials inform the world of the stations, and at the same time, each station became unique, based on the artistic intentions of the designer.

The 10 stations of the new line are the results of architectural experiments with space, structure and light. Fair-faced concrete is used widely for the primary structures, while those elements, close to travellers are in a finer human scale. Glass is a key material for contrasting rustic surfaces and managing the way of light underground. The stations of M4 Budapest have been rewarded several international and national awards, including the Cemex Building Award 2015 (Infrastructure and Urbanism), 1st place; Building of The Year Award 2015 (Public Architecture), archdaily.com; A+Award 2014, architizer.com, and it was also nominee of the European Union Prize for Contemporary Architecture – Mies van der Rohe Award 2015. 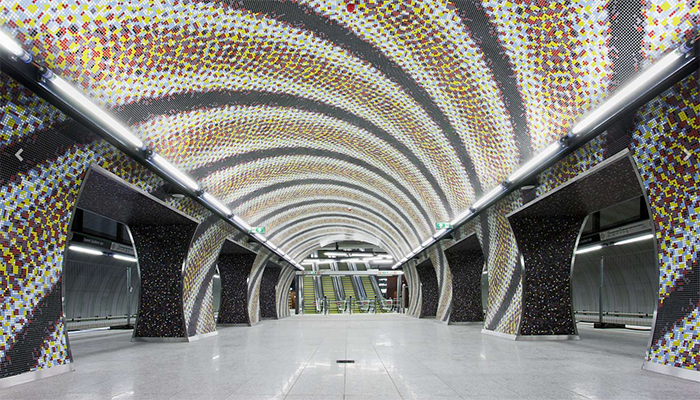 The studio consists of a group of architects working on different fields of design, consultancy and property development. In the past few years, the studio has taken part in larger scale urban projects, landscape architecture and in the designing of small scale buildings as well. The company intends to profit from this approach, to create links between larger concepts and small details.

In recent years, PALATIUM Studio Ltd. has shown a dynamic development concerning the volume of its works. The greatest challenge has been the participation in the complex design process of the Budapest Metro 4 line stations. Most of the projects of the company were completed together with a growing group of cooperative partners and experts.

• Price of Excellence of the Budapest Architect Chamber, 2015