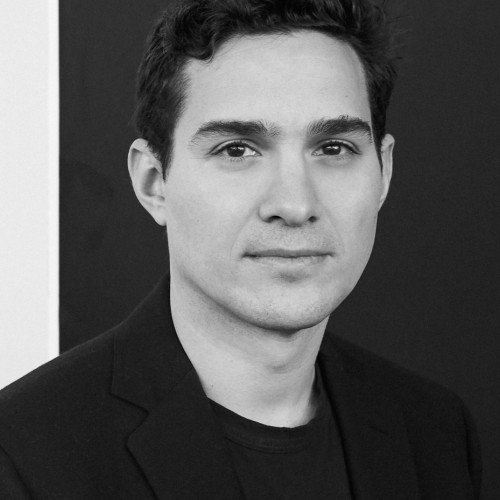 Ilias Papageorgiou is a Greek architect and principal of PILA. He brings extensive experience from Europe and America, having led the design and realization of high profile cultural, commercial and residential projects around the world. Prior to founding PILA, Ilias was a partner at SO-IL in New York.

Ilias was born in Athens, Greece and studied architecture at Aristotle University in Thessaloniki and at Harvard University’s Graduate School of Design, with a scholarship from the Onassis Foundation. In addition to his practice, Ilias is a frequent lecturer and panelist at leading design institutions.

Awards of the speaker:
Ilias’s work has been internationally recognized, having been awarded as a Curbed Groundbreaker, Architects under 50, Domes International Review of Architecture Awards, and the Young Greek
Architects Awards. His work has been widely published and exhibited in institutions such as the Venice Architecture Biennale in Italy, the Museum of Modern Art in New York, the Cooper-Hewitt Design Museum in New York and the Benaki Museum in Athens.

PILA is an architecture studio based in Athens and New York that creates environments for culture, working, and living around the world. We believe in architecture’s enduring character to create meaningful connections between people and their environment as a counterpoint to the speed of contemporary living. By reimagining existing ideas around program and function, physical spaces can offer new ways of experiencing the world.

PILA builds lasting spaces that adapt to future transformation while considering today’s opportunities and constraints. Drawing upon material and immaterial contexts, we approach the unique parameters of each project with openness and curiosity. Through a highly collaborative and iterative process, we translate each project’s opportunities and constraints into clear design directions that are sensitive to client and contextual needs.

PILA is currently engaged in the redesign of Piraeus Tower façade; the renovation and expansion of a historic house in Athens; the design of a three-storey house in a low-rise neighborhood in Athens; a private house in a beautiful mountainous landscape on the island of Antiparos in Greece; and a mixed use urban regeneration project in Paris.