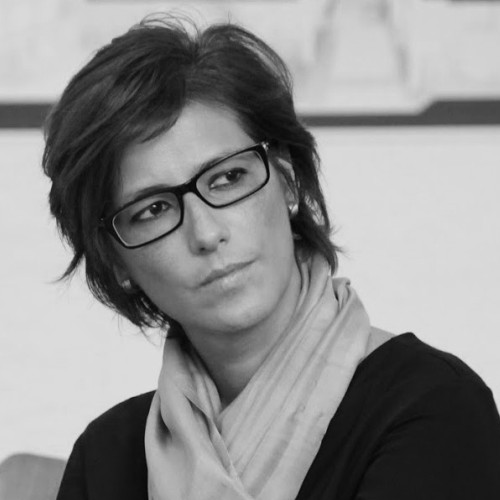 Gonca Pasolar is co-founding partner of EAA-Emre Arolat Architecture. Born in Switzerland, Pasolar commenced her college studies at the Middle East Technical University in Ankara-Turkey, receiving also her graduate degree in the field of Architecture. In 2004, along with Emre Arolat they formed their own practice in Istanbul as EAA-Emre Arolat Architecture. Ever since, her contribution to EAA’s presence has been shown in exhibitions and lectures worldwide in addition to her jury duties in various national and international competitions.

Pasolar won many prestigious awards throughout her career and went on to be the Managing Partner of EAA, the position that she currently holds for the practice’s New York, London and Istanbul offices. Upon receiving European Center for Architecture’s 40 under 40 award in 2010 which is given to outstanding performance in Architecture and Design she also became known as one of the five nominees for AJ’s Women Architects of the Year Award in 2015.

She is well known for some of the recent installations of the practice as ‘ist-on situations’ exhibition at RIBA in London (2015), arch I strata I antioch for the 15th International Architecture Biennale in Venice (2016), ‘Contrasts’ for the Complements and Dichotomies exhibition of YAI in Miami (2017).”

EAA – Emre Arolat Architecture was founded in May 2004 by Emre Arolat and Gonca Paşolar in Istanbul, as the continuation of Emre Arolat’s architectural practices which he started at his parents’ office, Arolat Architects, as an associate designer in 1987. Today EAA is not only one of the largest architectural offices of Turkey, also has a recognized presence in the global scene along its offices in New York and London in addition to Istanbul. Since its establishment, the studio has built an impressively wide range of works from urban masterplans, airports to residential, cultural buildings and workplaces.

The noteworthy works of the studio have been compiled in the monograph ‘Context & Plurality’ edited by Philip Jodidio and Suha Ozkan and published by Rizzoli New York in 2013, and also displayed in several important institutions as Design Museum and Royal Academy of Arts in London, at RIBA and at as well as being presented in the International Architecture Biennale in Venice both at 2012 and 2016.”

The practice has received international attention very early with the Minicity Theme Park in 2005 which was recognized as Selected Work by the Mies van der Rohe Awards for European Architecture. A great number of international awards followed including Aga Khan Award for Architecture in 2010 with the Ipekyol Textile Factory Building. Latest breakthrough project Sancaklar Mosque, a building that blends perfectly with the landscape, is again honored by the selection of Mies van der Rohe Award in 2015, along many others – RIBA International Prize for Architecture, Sancaklar Mosque