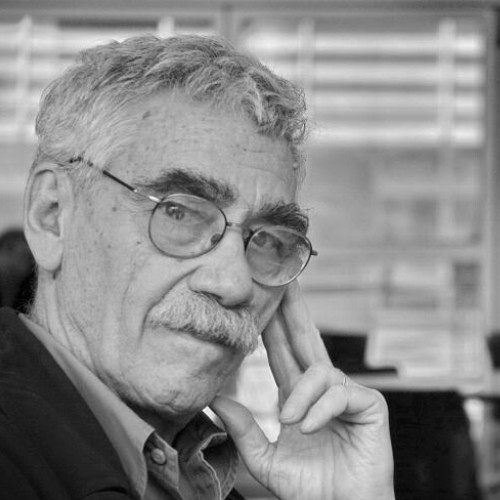 Architects Dimitris Antonakakis and his partner, Suzana, studied at the School of Architecture of the National Technical University of Athens graduating in 1959 and 1958 respectively, and were taught by professors Panagiotis Michelis, Dimitris Pikionis and Nikolaos Chatzikyriakos Gikas. In the final year of their studies, they were fortunate to have as a teacher and later as a friend the architect A. James Spayer, Mies van der Rohe’s student and collaborator. Since their graduate years Suzana and Dimitris have been partners in life and profession.

In the 1960’s along with their friends and university classmates Efi Tsarmaki – Vrontesi, Eleni Gousi Desilla and Denis Potiris, they co- founded Atelier 66, an architectural practice which welcomed and taught a great number of young architects.

In 1986 Dimitris Antonakakis and Suzana Antonakakis founded A66 – Atelier 66, where they continue to pursue their architectural endeavours. They have achieved international recognition through their architectural design and implementation of important public buildings and private projects during their long career, leading to publications (monographs, journals, books) and exhibitions showcasing their oeuvre in Europe and the United States.

Dimitris Antonakakis in partnership with Suzana Antonakaki, designed a variety of architectural projects, always within the framework of A66, taught at the National Technical University of Athens (NTUA) as a curator (1959-1991) and as visiting professor at Massachusetts Institute of Technology (MIT) in Boston (1994-1997 and 1999), at NTUA in Athens (1998-1999) and in the Department of Architecture of the University of Patras (1999-2000). For 14 years (1997-2011) he undertook the artistic direction of the Center for Mediterranean Architecture in Chania.

Both were awarded honorary doctorates by the Aristotle University of Thessaloniki (2007), the Democritus University of Thrace (2016) and are corresponding members of the Académie d’Architecture, Paris.

The work of Dimitris Antonakakis and Suzana Antonakakis is strongly linked to residential architecture, not only because most of their buildings are private houses, but also because their institutional and commercial architecture shows a strong tendency to maintain the human scale of the house or the cluster of houses. For them, the big project is not a big building so much as a small urban neighborhood. Their work is known for its intensive elaboration of architectural elements: entry ways, gates, stairs and steps, windows οf all kinds, porches, courtyards, passages and so on are worked on with love and care. At the same time, the larger whole is always made coherent by a structural and geometrical framework that guides all smaller movements and expressions. The marvel of their architecture is that they know how to successfully balance these two aspects to make the whole more than the sum of its parts. – John Habraken