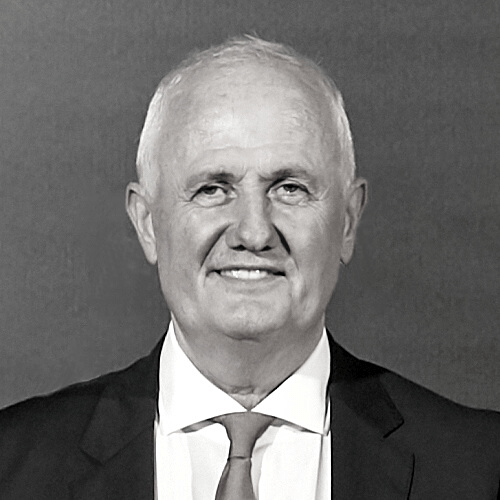 I was born in Saranda, Albania in 1956. After completing my high school degree in the same city, I left to complete university as military officer in Tirana. I joined armed forces thereafter from 1979 to 1991. For the two following years I emigrated and returned in 1993 to establish Anoria along with my wife Lindita. Ever since, to this day I remain CEO of Anoria and have seen it through step by step expanding our collaborations and supplier partners since 1996. Throughout these years the company has turned from a small business to employing now around 50 employees and offering a wide range of shading systems and floor coverings.

Since its inception in 1993, Anoria started as a small business which soon grew to employ over 50 employees. The main focus initially were importing and implementing floor coverings, more specifically carpets. In 1995 we introduced the shading systems which we soon then started to produce them in our own factory. The expansion of the business, meant collaborating with leading suppliers in western Europe and therefore expand our product range. Following the carpets and shading systems, we introduced the rugs in 1998 and in 2000 laminate from Balterio (UNILIN), company which we still to this day maintain strong relationship with as our main supplier. In 2003 Anoria included Vinyl flooring in its product range, this was made possible by the relationship we have with IVC Group who supply us with excellent quality and wide range of designs. The variety of products we have, made it possible for Anoria to overtake important projects in the private and public sector, in the entertainment industry (such as hotels) but also government buildings.

Today, Anoria is situated with headquarters in “Rruga Dhaskal Tod’hri  street, Postal Code 1051, Kashar Tirana, Albania and two other showrooms in the city (with total 2000 m2  showroom space) producing over 8 types of shading systems which are produced with the latest technology in our own 900 m2  factory, meeting European standards. In the floor coverings sector, Anoria offers laminate, parquette wood, carpet in roll and tiles, and a wide range of vinyl and rugs. Our focus and vision lies in continuing to complete projects in the entertainment industry, businesses nationally and internationally with all the product range we offer.