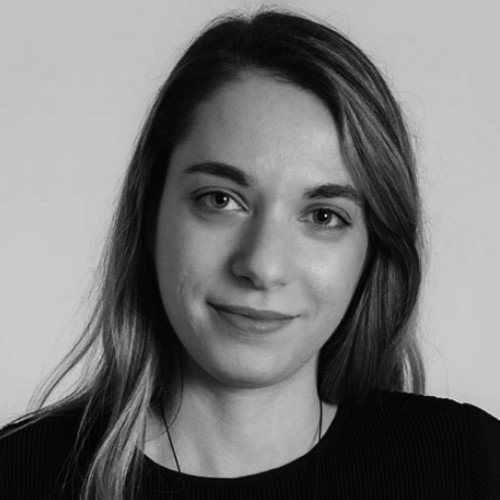 Anna is part of the Eckersley O’Callaghan (EOC) Facade Engineering team since 2019, working on a range of projects from commercial and retail developments to residential buildings. She is passionate about
structural design and building thermal performance and has published and presented at international conferences on topics related with facade design and technology.

Anna has contributed to the design and delivery of large scale and complex facades projects in the United Kingdom, Greece and Middle East. She has a Master’s degree from TU Delft on Building Engineering and has graduated from the National Technical University of Athens as a Civil Engineer.

Brian Eckersley and James O’Callaghan founded Eckersley O’Callaghan in 2004, with a shared vision of a structural design practice that truly integrates engineering and architecture. It’s a vision that has proved to be successful. We regularly collaborate with the most respected names in architecture and design, while our clients include some of the world’s most valuable companies. Our team of structural and facade engineers has cultivated an international reputation through a commitment to research and innovation. It’s this reputation that has spurred our exceptional growth, with 120 professionals working on projects around the world. Our facades team is now one of the largest in London.

Awards of the office:
Our iconic work with structural glass has received some of the highest accolades in the industry, including the IStructE Supreme Award for Structural Engineering Excellence, while our use of other materials in structural and facade engineering has gained similar recognition.
Eckersley O’Callaghan has twice received the Queen’s Award for Enterprise; for Innovation in 2010, and International Trade in 2018. Also refer to project awards here.