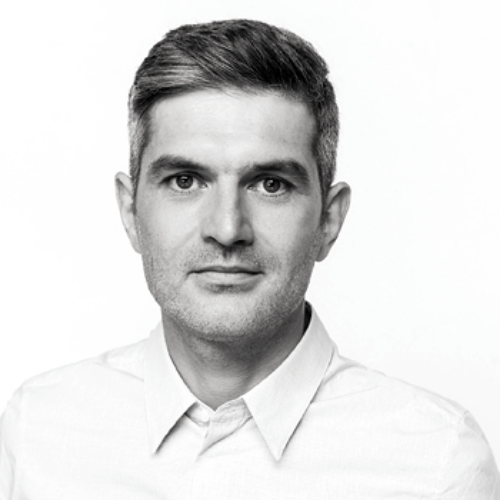 For four years, Adrian was vice president of Romanian Chamber of Architects, for five years he was an assistant professor at the Architecture University, he founded his first studio in 2001 and then he established SYAA together with Eliza, back in 2006.

His work and his ideas found gratification through numerous national and international awards for projects such as: EUROPAN Architecture and Urbanism Competition in Latvia and Greece, the Ministry of Defense building in Erbil, Iraq, the reconstruction of Piața Amzei in Bucharest, the Natural Science Museum from Constanța and many more. Moreover, he won the first prize at the Bucharest Architecture Biennial of 2004 and also at the Bucharest Architecture Annual of 2008.

All sessions by Adrian SOARE