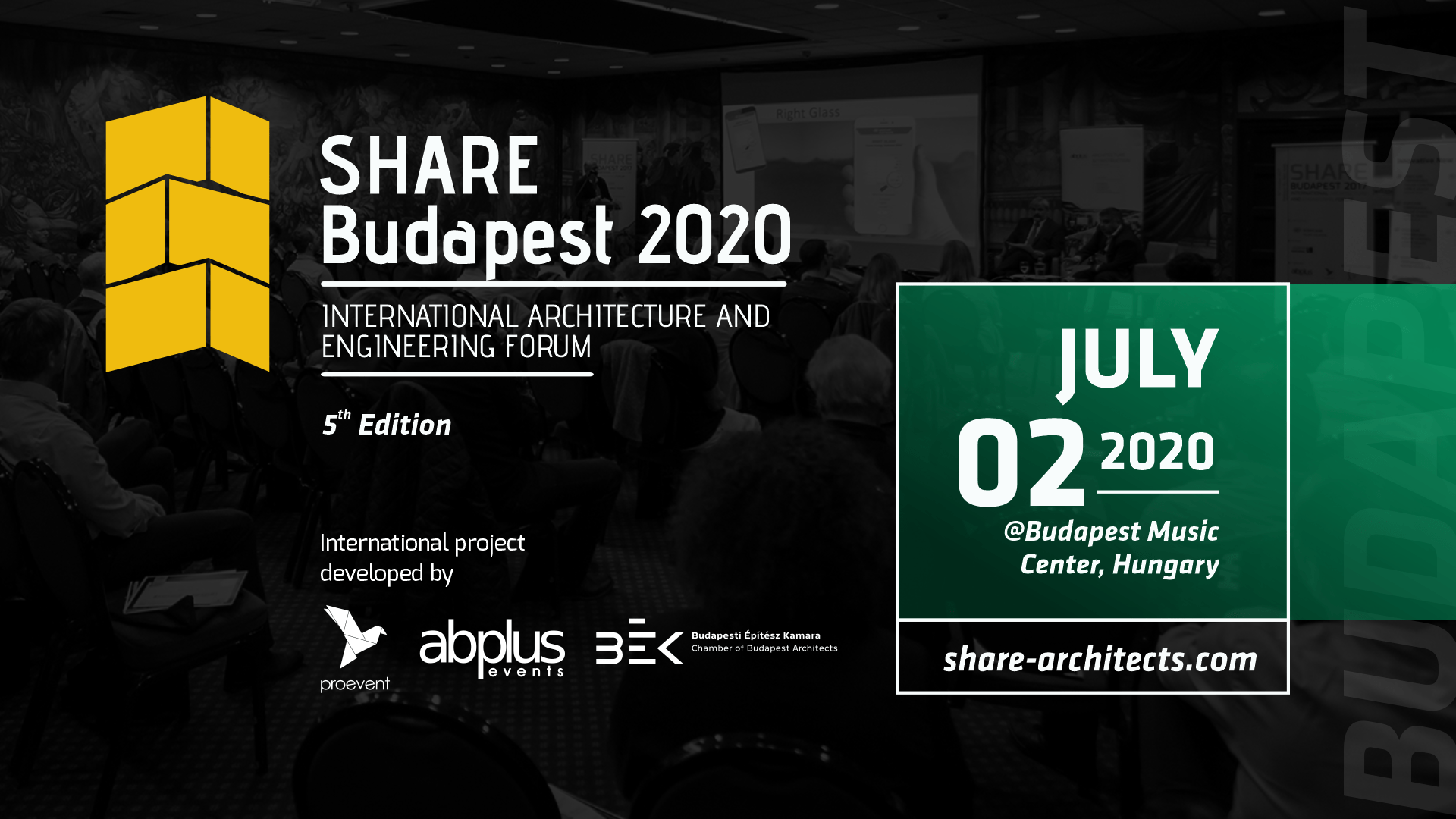 Organized by Pro Event Cultural Association in partnership with the Chamber of Architects of Budapest, SHARE Budapest 2020 looks ahead to bringing together delegated architects, municipality officials, students, engineers, urbanists and other professionals related to architecture field.

Chairman of the conference Mr.Csapó BALÁZS, President of the Chamber of Architects of Budapest and Mr. Florin Mindrigiu, Event Director and Founder of Pro Event Association will open this year’s edition.

“SHARE Future Projects Awards” are at their first edition initiated by SHARE architects and were created to bring forward and promote the accomplishments in the field of constructions in Central and Eastern Europe. SHARE Future Project Awards aims to shed light on unfinished projects. SHARE Future Projects Awards will highlight what has not been released yet, but will be – architectural ideas that find themselves in the most joyful stage for those who built up the future, labeled as the “project”. The winners announced after the jury evaluation during SHARE Budapest 2020, will reach the final of the competition which will take place during SHARE Bucharest European Festival. 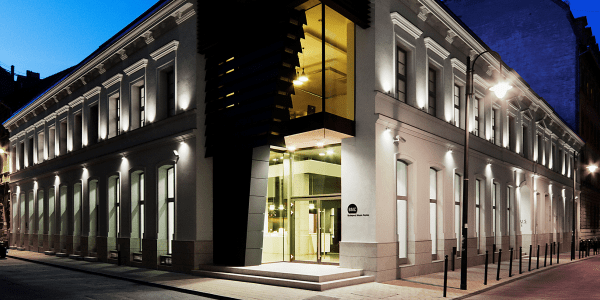 The Budapest Music Center is situated right next to Kálvin Square. Its primary objective is to establish an information center that collects and makes the data of Hungarian classic and jazz musicians, and Hungarian contemporary music available to the public. The center’s concert hall has exceptional acoustic properties, and has been designed specifically for chamber music performances. The complex is also home to the International Eötvös Institute, which deals with the further training of young conductors and composers with the help of world-renowned artists. Furthermore, jazz lovers can listen to live performances at the BMC – Opus Jazz Club, which is able to house 120 people at once.

We invite you to meet our speakers and register for SHARE Budapest 2020! 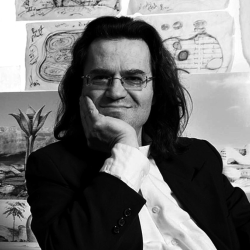 Published in the Guinness World Records 2019 edition, the Zhangjiajie Glass Bridge sets a new world record as the highest footbridge in the world

Designer of the world renown Chinese Zhangjiajie Grand Canyon Glass Bridge, the Israel pavilion in the World Expo 2010 in Shanghai, and institutional and commercial projects in Israel and worldwide, he is director of the award-winning international firm, Haim Dotan Architects and Urban Designers, with offices in Tel Aviv and Shanghai and focusing on innovative ecological architecture, urban design and planning.

Prof. Haim Dotan is a professor at Fudan University, Shanghai. He is the Director of the Ecological Architectural Design Institute at the DeTao Masters Academy, affiliated with the Shanghai Institute of Visual Arts (SIVA).

He is an architectural pioneer in developing construction techniques for tourism, educational, institutional, commercial and industrial projects and creates a new language in the global architectural landscape. 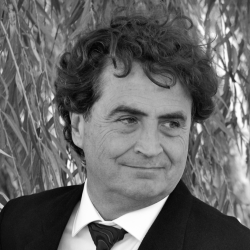 Winner on several occasions of the Regional Architecture Award of the Canary Islands, nationally and internationally, he is a finalist of the FAD and WAF Awards, of the Spanish Architecture Biennale, and is invited to participate consistently in the Venice Biennale or other exhibitions at the MOMA NY (2006), Aedes Berlin (2006), GA Tokyo (2009) and the recent addition (2013) to the permanent collection of MoMa NY with its Church of the Blessed Redeemer 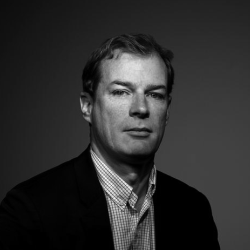 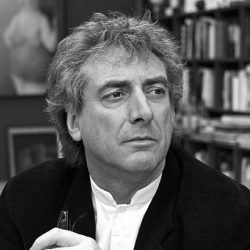 From 2003 to 2007 Valentiny was a member of the administration committee of the Fondation de l´Architecture et de l´Ingénierie à Luxembourg (today LUCA, Luxembourg Center for Architecture) which’s president he became from 2006 to 2007. From 2004 until 2006 François Valentiny was Luxembourg’s commissioner for the Venice Architecture Biennale.

In 2010 Valentiny hvp architects & partners designed the “green heart of Europe” pavilion for the World Expo in Shanghai. Since 2011 François Valentiny has been a professor for “Community Planning and Green Architectural Design” at the DeTao Masters Academy (DTMA) and the Shanghai Visual Arts Institute (SIVA) in China. In the same year Francois Valentiny founded together with Sabine and Carlo Lovatelli, Dominique and Reinold Geiger the “Musica em in Trancoso – MeT” festival in Bahia (Brazil). Three years later the building of the “Teatro l’Occitane“that should from now on house the festival was inaugurated.

In 2014 the Studio Valentiny hvp architects & partners was founded in Shanghai, China. In the same year the Valentiny Foundation in Remerschen opened its doors to the public. 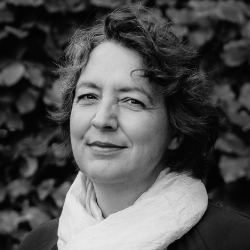 The Klinker Culture Centre and the Deventer Town Hall interior demonstrate the balance between functionality and social icon value.

Dorte frequently performs as keynote speaker at trade conferences on architecture of cure and care, education, culture and interior, national and internationally. 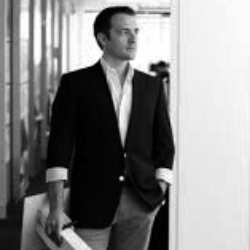 To his role as a Tall Buildings Leader, Lukasz brings a wide range of experience designing large-scale commercial, residential and public spaces.

Since joining Gensler in 2004, Lukasz has participated in a variety of international and multicultural projects, where he’s become known for his focus on challenging the boundaries of design.

He is a visiting tutor at the University of Nottingham’s Department of Architecture and Built Environment and a past jury panel participant for the World Architectural News commercial awards program. 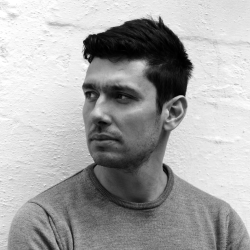 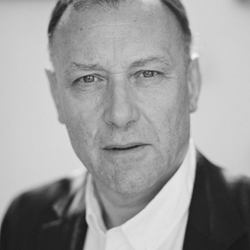 Andrzej Bulanda is a Polish architect, designer and partner at Bulanda & Mucha Architects. He is the co-creator with Włodzimierz Mucha of many award-winning competition projects and completed works such as the BRE Bank building in Bydgoszcz, the Old Paper Mill in Konstancin-Jeziorna, the Sports Hall in Konstancin-Jeziorna, the Cameratta complex at Eko-Park in Warsaw, the expansion of the Public Library building in Warsaw, the Prudential in Warsaw, the Kazimierz Pułaski Museum in Warka, the Koneser complex in Warsaw, Rother’s Mills in Bydgoszcz, sports club “Deski”, Piękna Nova in Warsaw and Chmielna 25 in Warsaw. 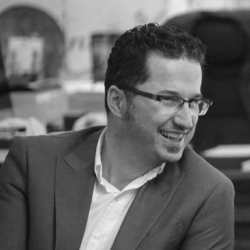 Armand Vokshi is the founder of the company AVATELIER, after his experience as planner and as university professor, and then the acquired experience with the collaborations with important architectural European firms.

He has collaborated with other internationally renowned architectural firms such as Archea and Coop Himmelb (l) au for the competitions held in Tirana. He has taught since 2009 Study and Theory of Architecture at the Engineering Faculty of Tirana and Polis University. He has written for AND magazine and other newspapers

Armand Vokshi coordinates a teamwork that for many years participated in numerous contests of architecture in Albania, Italy and foreign countries getting recognitions and prizes and developing his own professional activity on the themes of the architectural and urban planning.