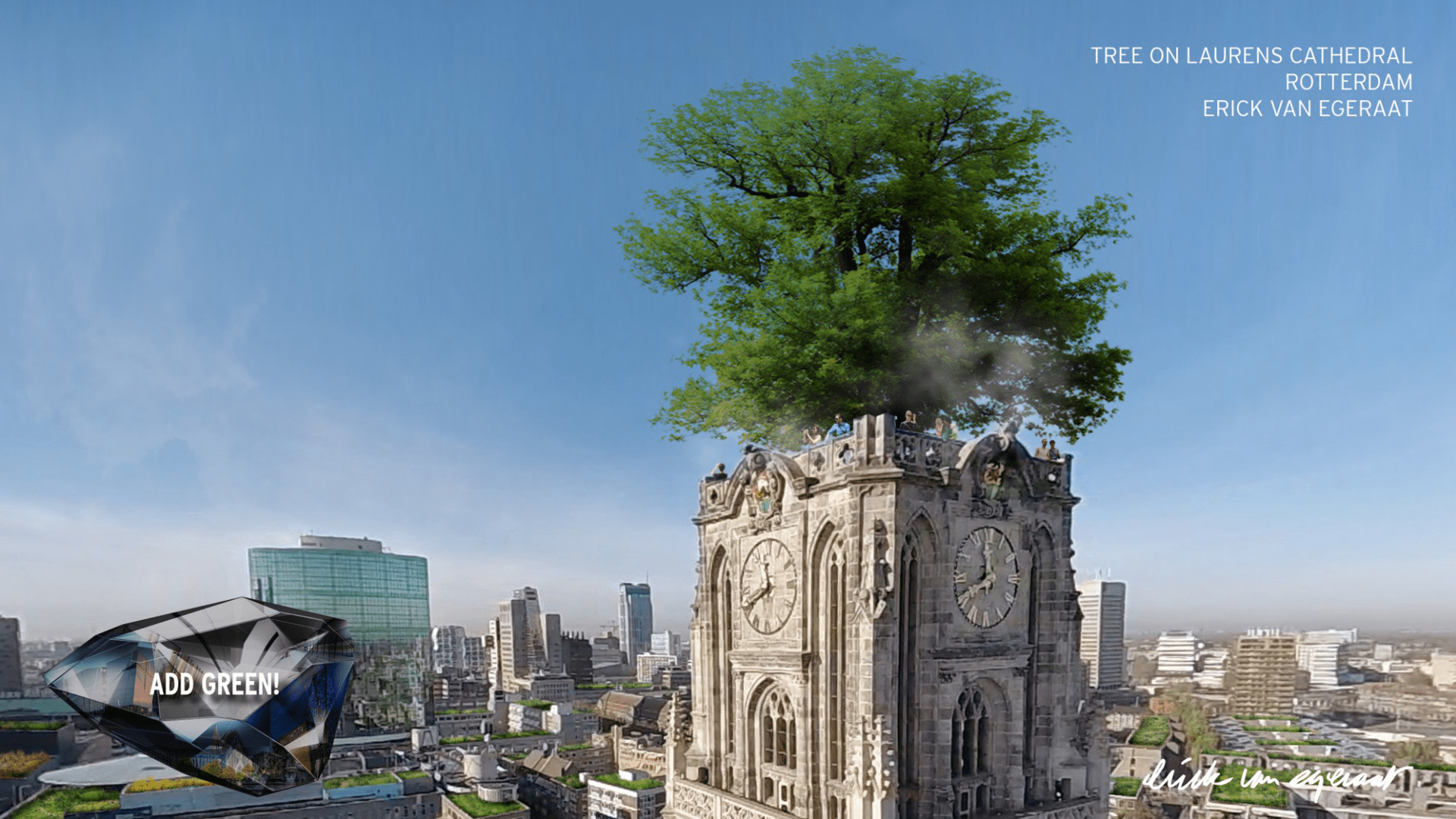 In the beginning, was the Word, and the Word was the State, and the State was the Savior.

Then there was the State of emergency, and we were all invited to board Noah’s Ark, the Ark of the State made of our individual boats. Our smaller or larger boats have suddenly become so important, our rescue cells, that we all realized more things about housing. Then we realized that we needed supplies, and we emptied the supermarkets, we ran for disinfectants, you find masks, you don’t find masks, you find gloves, you can’t find gloves. And the social distancing that was booming the technological closeness. And it was evening, and it was morning, week one.

Then it was the fear of the unknown that surrounded all of us. Where do we sail, in what direction, for how long? The State, the Savior, took over the helm and kept us connected to what was happening with the virus storm outside, fighting with those who wanted to go up to the Ark but carried the enemy as they had to be purified. And we, in our small boats, children with parents and grandparents together, with our eyes on the screens where the Word came from; every day, counting one case, ten cases, fifty, one hundred… And there were evenings, and there were mornings, the second week.

And then the third week, and the first month … evenings and mornings, looking from our little windows from the boat, speechless. The flood drowns our relationships, drowns savings, businesses, wedding plans…But look, what a surprise, nature was blooming in our absence.

Narratives from the Boats

We are sailing adrift, but it becomes clearer that the world will not be the same anymore. We keep asking ourselves if this “black swan” (in the sense of Nassim Taleb’s concept, as an unpredictable event that is beyond expectation with potentially severe consequences) could have been predicted?

Too many questions, forget them. We need visions. Visioneers. Architects. Where are the agitators in architecture today, revolutioneers, disloyals, those who destabilize and force vision to move? As the crisis will probably pass and the world will tend to return to “normal”, we asked ourselves what that “Brand New Normal” would possibly look like? Is it more sustainable? Is it more ethical? Is it even desirable?

From its boat, SHARE-Architects organized a series of online discussions with important architects from the international scene, who were invited in fascinating discussions on how to change the world through architecture in the post-pandemic era.

What after then? We asked Bernard Khoury from Lebanon:

“We have to look at the bright side of things. When this will be over, we will be out again but this time with a much greater appetite for the fundamentals… And with the convalescence will come great inventions, relevant questions that should shake our dormant societies and brake their comfort zones in which most creative practices have been confined for many decades…”

We all know Bernard as a strong voice, both in his messages and in his visions embodied in his architecture in a context of wars and deconstruction, pirates and disillusionments.

“The coming convalescence should bring with it questions that our practice did not address for way too long. We should stop glorifying the good conduct of those who have served and confirmed consensual values that disqualify the problematic, the complex… Architecture should reinvent itself and reevaluate its societal role. We should try to understand the world of pirates, the sour realities that can shake our confined comfort zones. We should try to perform where we were told that the architectural act was impossible. We should stop this pathetic obsession with museums, opera houses, and the so-called noble programs, which are the sole focus of the polished pages of our architectural publications… We should have the courage to address what is too often called the vulgar, the excessive, the immoral, the incorrect, the toxic… We should have the courage to take on the dangerous fights, the lethal battles. Architecture is sick of its politically correct cowards. We desperately need heroes.”

“We should use this type of moments, not to find fundamental answers to fundamental questions, or to find universal solutions. What I would like to see happening is that people now use the opportunity which they have to make exceptional value in the place where they work, for the people they work for.”
On contrary, “Entering the self isolation-mode” could be for Piotr Lewicki a direction in architecture after the crisis, in terms of how to escape the danger of the world. In terms of the economical impact that the profession has on the market, “I believe that we always respond to the questions market and clients ask us, so I believe what we do is just mirroring the economy.”

Tilemachos Adrianopoulos projected a vision of the “Post Pandemic Paradise” starting from the very notion of dwelling: “Architecture is essentially a space of protection. It creates a space of intimacy. It protects you from Cosmos and its threats… but you have to be also in contact with it, this is the paradox”. Begum and Kerem Yazgan identified another paradox of architecture that “is in the situation in between coexistence with nature and protection from nature’s inconveniences”.
“It is said that home is a refuge, but in some cases, it is not a refuge, it is a prison” added Sven Thorissen to this topic.” We have to urge to go out and meet other people which makes our life more complex. We need to design for this complexity of society. We need to design for a society which has limitations but also allows for what people need, which is social interaction.”

Quoting Yuval Noah Harari, he pointed out that privacy is an important matter to reconsider today, as governments tend to extend more and more their surveillance policies.

Haim Dotan from Israel is even more categorical when asked about this matters, believing that: “Technology is the pandemic, this is the virus. Technology is making people inhumane, it is not 2 sqm per persona but it is what you feel inside your brain. And when you run away from other people and constantly run away into this machine, then I think it doesn’t matter how far you are from each other. You can be very close to each other, but you’re not going to have each other because you’re going to be in another world, one of the technology. We have to balance this to. So is it this the pandemic of the technology? This is my question.”

Another subject that has been visited is the one concerning URBANISM, that has been largely debated, both by speakers but also through questions coming from the public. The discussion of the condensed city vs villages led Dorte Kristensen to the opinion that “I am not sure whether being a condense city or being a village changes anything to disease. So I think that this whole this is more about behaviour than it is about how we build”.

This opinion agrees with Roland Bechmann’s point of view that in the next 40 years, we need to double our building stock as to meet all the current needs we have and population growth. The carbon footprint is increased with less density, therefore keeping density which means higher buildings offer easy access to infrastructure. By keeping density you can also preserve better green spaces around/across cities. But with a mention: “We need skyscrapers, but maybe we need better ones”.

For Sven Thorissen from MVRDV that proposed a vision “Towards Resilient Urbanism”, the 15 Minutes City could be a possible answer to some urban issues, especially to those related to transportation and accessibility.

For Chris Churchman from the UK “the lockdown has taught us though that we shouldn’t just roll up to public space at the expense of private amenities. We may re-question the green space on the balcony and everyone could have a min. 10 sqm of greenery.”  The tendency of over-rationalizing from now on the architectural project in the sense of ensuring the so-called” social distance “will determine a” lost of the randomness of encounter, to naturally engagement with the neighbourhoods”. The happening: this is the magic made possible by well designed public spaces.

FLEXIBILITY and VERSATILITY were two concepts that were brought to discussion.

Roland Bechmann argues that “This current situation, compared to the long lifespan of architecture is a very short period of time hopefully, so even in the longest scenarios we are discussing for a year and a half, but I think that this current situation now shows us how flexible our designs need to be so that we cannot design for one permanent situation, our designs need to adapt to different scenarios and that’s true for the working space, for our space at home but also for the urban space. We need flexibility. Prefabricated architecture held an advantage that we can fabricate in factories where you can control the working and ensure that people have appropriate distance, as on the construction sites and you can build it very fast.”

Frans van Vuure director of UN Studio from the Netherlands talking about Versatile Healthcare Living, stated that “we never had an opportunity that gave us such a high prospect of thinking on what we need to adapt. I think the environment needs to be developed more versatile – today we want this, tomorrow we need a little bit different.” He adds that “we cannot look on a glass sphere and predict what is gonna happen in three months, a year or even five years…but definitely this crisis will have repercussions. UN Studio likes to collect data to learn, and we even started that among our own people for instance. You learn by the behaviour and pattern of people. That is a lot of data that we can collect, which is still hard to collect, but with data, we can do almost anything to make the environment adaptive, only that architects cannot develop by themselves, we need the help of scientist in this case, or doctors, or behaviour consultants and that is also the collaborations that we should look at in the coming period.”

Data that we have at our fingerprints can better inform our design process; a view also shared by Begum and Kerem Yazgan that made a call that: “we need to attain a multidisciplinary approach, combine scientific processes and change our understanding from object-based architecture to knowledge-based architecture”.

“I hope that we all wake up and find a positive side of the crisis that is happening to us. (…) We can get back to a normalized way, and for this, it should be an adaptive way of thinking.” concluded Frans van Vuure.

A world on pause. To beyond or not to be.

Pepe Gascon was asking himself: “What is normalcy? We should reconsider this question. We must start writing again. Write a new world”. In 1924, after the second world war Le Corbusier, a veridic agitator wrote: “Movement is the law of our existence: nothing ever stands still. Everything is revolutionized …the violent forces of life seem to have thrust us once more into a new adventure”. Brand New Adventure.