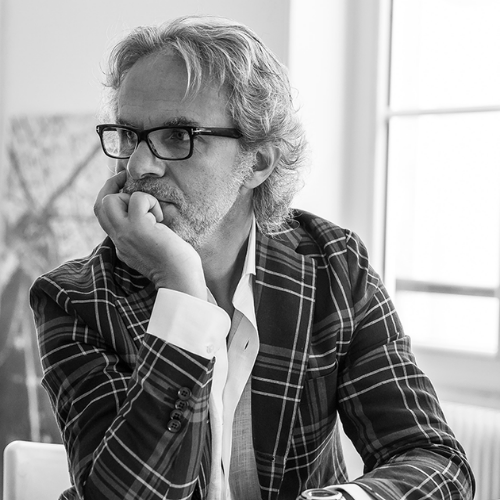 Alfonso Femia was born in Taurianova, Reggio Calabria (IT) on December 1966, the 7th. He graduated from the University of Genoa – School of Architecture in 1992. Register of Architects of Genoa (IT) since 1994. Register of Architects of Île-de-France (FR) since 1995. Register of Architects of Switzerland since 2014. Alfonso Femia has been a teacher of Architectural Design Didactics at Kent State University in Florence and at the Universities of Genoa and Ferrara – Schools of Architecture. In 2015, he created 500×100 and 500x100Talk, the city as a dialogue tool. He uses the SetTalk format in Milan and the City Talk in the main European and Mediterranean cities so that the city becomes a dialogue tool, a place of meetings and exchanges on the theme of the city itself. Atelier(s) Femia developed the masterplan of the Val d’Europe area for the candidacy of Paris at the World Exposition 2025. He won the competition for the construction of a cinema with a sports and leisure centre in La Ciotat.

All sessions by ALFONSO FEMIA