For noteworthy accomplishments in the fields of architecture, as well as for the role played in developing significant architectural projects throughout his career, the SHARE Opera Omnia Distinction went to: 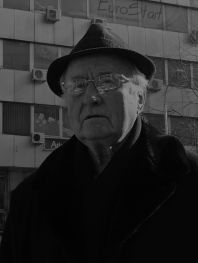 In 1956 he graduated from the Technical Faculty in Skopje – Architectural department. In 1957, after
his graduation, he started working in the Institute for Housing Construction (today Macedonia
project, Skopje) and remained working there until his retirement in 1990. 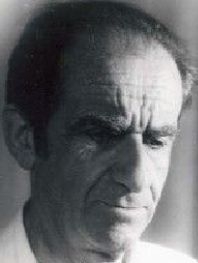 The Korca Library is known for its modern style that has stood the test of time. Kolevica is co-author of the National Museum in Tirana and the former ‘Albania Today’, the biggest exhibition center in the country. During his career, he was regularly confronted with obstacles from the totalitarian system, until he was sent to the ‘Valias’ mine as a construction technician. 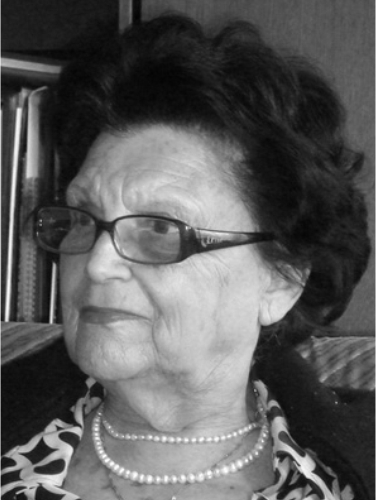 Mimoza Nestorova-Tomić is a Macedonian architect, planner, and urban designer, who played a significant role in the masterplan and reconstruction of Skopje after the 1963 earthquake. Initially she worked specifically in the team for social planning with Polservice, the Polish consultants, alongside Kenzo Tange, the winner of a United Nations international competition for the reconstruction of Skopje. In the period 1986-1989 Nestorova-Tomić was director of the City Institute for Planning in Skopje. As a female architect working within socialist Yugoslavia, Nestorova-Tomić presents a different trajectory to her counterparts in the West.

In 1964 she joined the Institute of Urbanism and Architecture in Skopje where she worked in a team with architectural conservationists, consultants, and engineers on the project for the reconstruction and restoration of the Stara Charshija (Old Bazaar), a large area of Ottoman urban morphology, including significant Ottomon architectural edifices, mosques and hamams, on the north side of the Vardar river in Skopje. This was a key component of the reconstruction of Skopje. It was followed with the project on the restoration of the historical Ottoman structure of Sulei Inn and constructing the department store, ‘Skopjanka’ in Skopje. 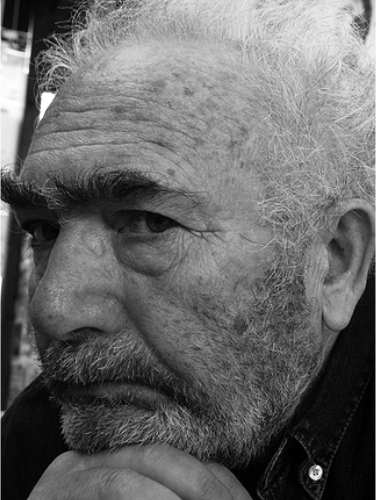 Architect Maks Velo (Albania) – Founder of Maks Velo architects. Maks Velo was born in Paris on August 31, 1935. After his birth, the Velo family returned to Albania, in the city of Korça, where Max has spent his childhood. After finishing the gym, he continues his studies at the Polytechnic Institute, in the engineering branch. He then specializes in architecture and in 1960 participates in the first project in Tirana. He worked further at Tirana’s design bureau. The years ’73 coincided with the beginning of a very difficult time of his life, because during this time he was arrested and sentenced to ten years in prison for modern tendencies in architecture and art, and consequently burned 250 works. His persecution and punishment continued for 18 years from 1973 to 1991.

In addition to the architect’s profession, he also creates and composes in some genres of art such as painting, sculpture, prose, poetry, and publicity, as he is constantly engaged in public affairs on issues of urbanism, architecture and various intellectual engagements in the entire Albanian territory. 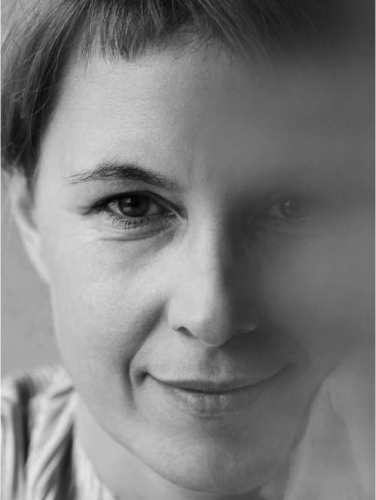 Špela Videčnik graduated from the Ljubljana School of Architecture and London’s Architectural Association and established OFIS Arhitekti in 1998 along with her colleague Rok Oman. Their ambitious projects and architectural attitudes made Zaha Hadid to nominate them among the top 10 exceptional emerging architects for Phaidon 10×10, while the Guardian designated their office as one of five young architectural offices ‘to look out for’ in 2001.

They have undertaken a diverse range of projects, from renovation to new-build and research prototypes, from small to large scale projects for many types of facilities. Their flexibility is the key to an architecture that responds to the ever-changing conditions in modern times. Most of their work is the result of winning competitions, including the student residence on Route des Petits Ponts in Paris and the Football Stadium Bate Arena in Belarus. Over the years, the two have realized numerous buildings in their home country of Slovenia, as well as in Germany, the UK, France and Spain and they are deeply involved in advocating the European and local Slovenian identity into a contemporary approach of architecture. 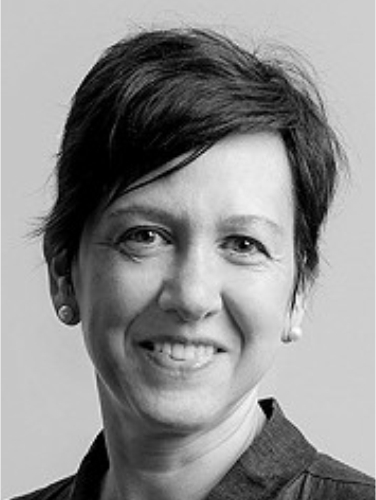 Katalin Csillag is one the leading designers of 3H architecture. She has completed her studies in architecture at the Technical University, Budapest. She got her degree in 1992. She has worked as an architect in Graz by Helmut Zieseritsch between 1992 and 1994. In 1994, she founds 3h architecture with Zsolt Gunther. She finishes the Master School in 2002. Lectures, reviews as visiting architect, contributions to exhibitions in Europe (Budapest, Pécs, Vienna, Linz, Berlin, Amsterdam, Rotterdam (NAI), Copenhagen). 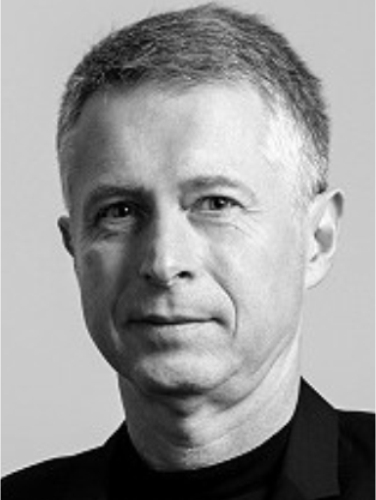 He graduated at the Faculty of Architecture at the Technical University of Budapest. He accomplished his master classes at the Academy of Applied Arts in Vienna under the leadership of Hans Hollein, one of the pioneers of postmodern architecture. He worked as an associate in various European practices between 1991 and 1994 (Mecanoo, Boris Podrecca, Volker Giencke and Ernst Giselbrecht).

He submits his doctoral degree in 2009 (DLA-degree; title: inverse tradition). By now he is leading 3h architecture together with Katalin Csillag. He devotes himself to architectural research beyond pragmatic design. One of the leaders of MOME Ecolab, founding member of Active House Alliance. He works on the principles of Hungarian social housing within the 4xM group.

Zsolt Gunther won the Hungarian Ybl Prize in 2005. The practice was nominated for the prestigious Mies van der Rohe Award in 2011 with their Institute for physically disabled. 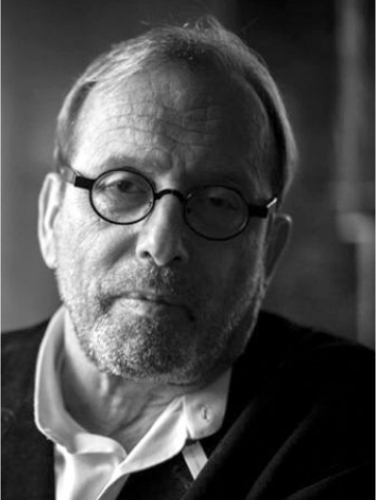 Born on January 30th, 1943, Mr. Beldiman became architect diplomat of the Ion Mincu University of Architecture in Bucharest in 1967. Two years later he became member of the Union of Architects in Romania (UAR) and acted as its president during 1990 – 1999. He was also vice-president of the International Union of Architects during 1999 – 2002. In 2001, he became member of the recently founded Chamber of Architects in Romania (OAR) and in 2005 of the Town Planners’ Registry of Romania. Ever since 1999, he has been president of the Simetria Foundation for Architecture and Town Planning. Professionally, Mr Beldiman acted as architect within Project Bucharest Institute during 1967 – 1993 and in 1993 became founding associate of the BBM Group office for architecture, where he currently functions as well.

Mr. Beldiman’s career comprises numerous works of architecture and restoration, whose value brought him in a great number of technical committees, international juries and research projects. He has also accomplished a valuable academic activity acting as professor with the Ion Mincu University of Architecture, and also as author of numerous publications, as lecturer within international conferences and as exhibitor and editor. In 1996, he acted as Romania’s curator for the Venice Biennale of Architecture and during 1994-1999 he acted as coordinator of the Bucharest Biennales of Architecture.

In recognition of his great professional achievement, Mr. Beldiman became member of honor of OAR in 2013, and received numerous awards and distinctions, such as the Duiliu Marcu Award for Architecture from Romanian Academy, the Bene Merenti medal of the Ion Mincu University of Architecture and the Faithful Service as Commander national order. 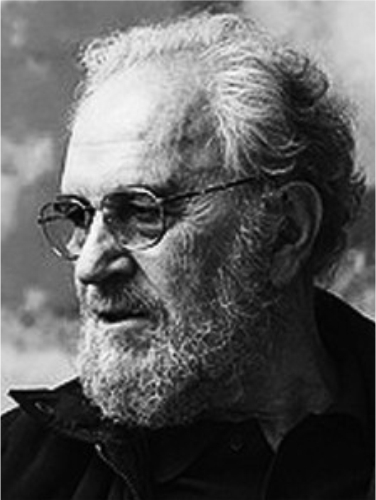 Past President of The Union of Architects in Serbia - SRB

After graduating from the Faculty of Architecture in Belgrade in 1957, Aleksandar Stjepanovic was employed in the Town Planning Institute. In 1963, around the time of important achievements in architectural competitions in Belgrade and Zagreb, he became an assistant at the home university. Habilitated in 1972 and his work verified in 1977, while a professor at Belgrade University became the 1988th year. In this profession he served as dean of the 1983rd to 1987th and the provost of the 1977th 1979th year.

He was president of the Association of Belgrade Architects (since 1995) and the Union of Architects of Serbia, a member of the editorial board of the magazine “Architecture-Urbanism”. Is an architectural and urban design, of interior architecture and publishing business. His body of work includes over 80 projects, of which more than a third were realized. On the proposal of fellow previous winners of the highest honors the Union of Architects of Serbia, won the Grand Prize for Architecture in 1992. Year. It is also the holder of two of Belgrade (1975th and 1978), central government awards the daily “Borba” (1975), awards ULUPUDS (1993), as well as the Grand Prize (1975) and special recognition Salon of Architecture (1993). He was a founding member of the Initiative Committee of the Academy of Architecture of Serbia (1995). 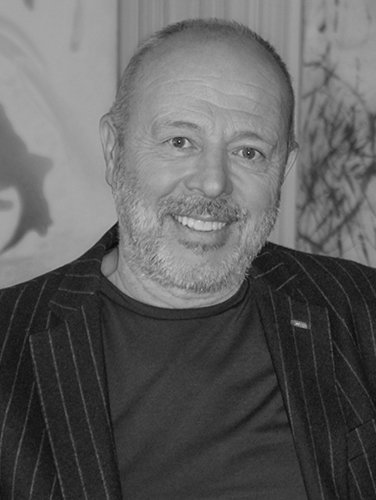 LP Consult Ltd., established in 1998, is the successful product of the professional evolution started in 1989 from the small architectural studio called IRA – Atanas Panov Project, founded by Atanas Panov and Lorita Panova. Possessing extensive experience in some of the leading design collectives in Bulgaria at that time, such as those led by the prominent architects Lozanov and Tomalevski, Atanas Panov and Lorita Panova established a design oriented firm dedicated to combining functionality, esthetics, and efficiency. Gradually the bureau started providing additional services such as consultancy on project planning and construction.

Many of the projects designed by the company are trend-setting for the contemporary Bulgarian architecture. Designs, buildings, and some of the company’s leading architects are laureates and winners of a number of national and international awards, including several Architect of the Year and Building of the Year Awards, and a nomination for the 2005 Mies van der Rohe Award / European Union Prize for Contemporary Architecture. 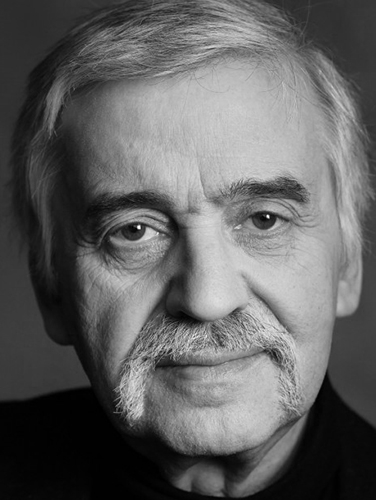 Romuald Loegler, who was born in a town in south-western Poland in 1940 and graduated from the Faculty of Architecture of Kraków University of Technology in 1964, started his professional practice a year later as a member of the architectural team of the Bureau of Technical Projects and Services in Kraków. Atelier Loegler and partners was founded in 1987 and in 1999 Loegler received a doctorate in technical sciences from the Faculty of Architecture of Warsaw University of Technology.

Apart from practicing architecture, Loegler is active as an animator of architectural life – Romuald Loegler is also a co-creator of the Architecture Biennale in Kraków (1985), former editor-in-chief of the magazine Architect (1985-1991). He has been the chief editor and Partner of the publishing house RAM , which publishes the monthly Architektura i Biznes. 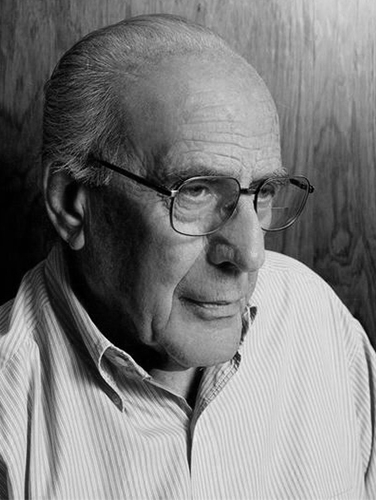 He was president of the Architectural Department of the Technical Chamber in Greece (1962), Vice president of the Architects Association in 1961 and board member in 1960 and 1962. He has been a member of the Greek Architectural Society since 1977 and founding member of the Greek Institute of Architecture (1995).
In 2007 he was elected member of the Academy of Athens.
He has designed a considerable number of public and privately-owned buildings, banks, tourist complexes, schools as well as private villas.
Amongst his most significant projects are the two villas in Anavyssos (1961), the Alpha Bank Headquarters on Stadiou Street (1978-90), the ‘Latsis’ Athens College in Kantza (1986-95), the E.D.P. Centre for the Commercial Bank in Holargos (1990-97), the ‘Daidalos’ Tourist complex on the island of Kos (1999), the ‘Amalia’ Hotels throughout Greece, the residences in Vouliagmeni (1994) and Kilada (2001), and the A.T.E. Insurance Companies Headquarters Building, 173 Syngrou Avenue, Nea Smyrni (1997-2009).

The Museum of Modern Art Network included his own private residence in Philothei in the exhibition held in Milan as well as in Gennaro Postiglione’s book ‘One Hundred Houses for One Hundred Architects, of the 20th century, 2004’ by Taschen Publications, where the house was also illustrated on the front and back covers.
In 2007 an exhibition of his work was held in the Benaki museum.
In March 1999 Nicos Valsamakis was awarded the Distinction in Letters and Arts by the Greek Academy for the total of his work.