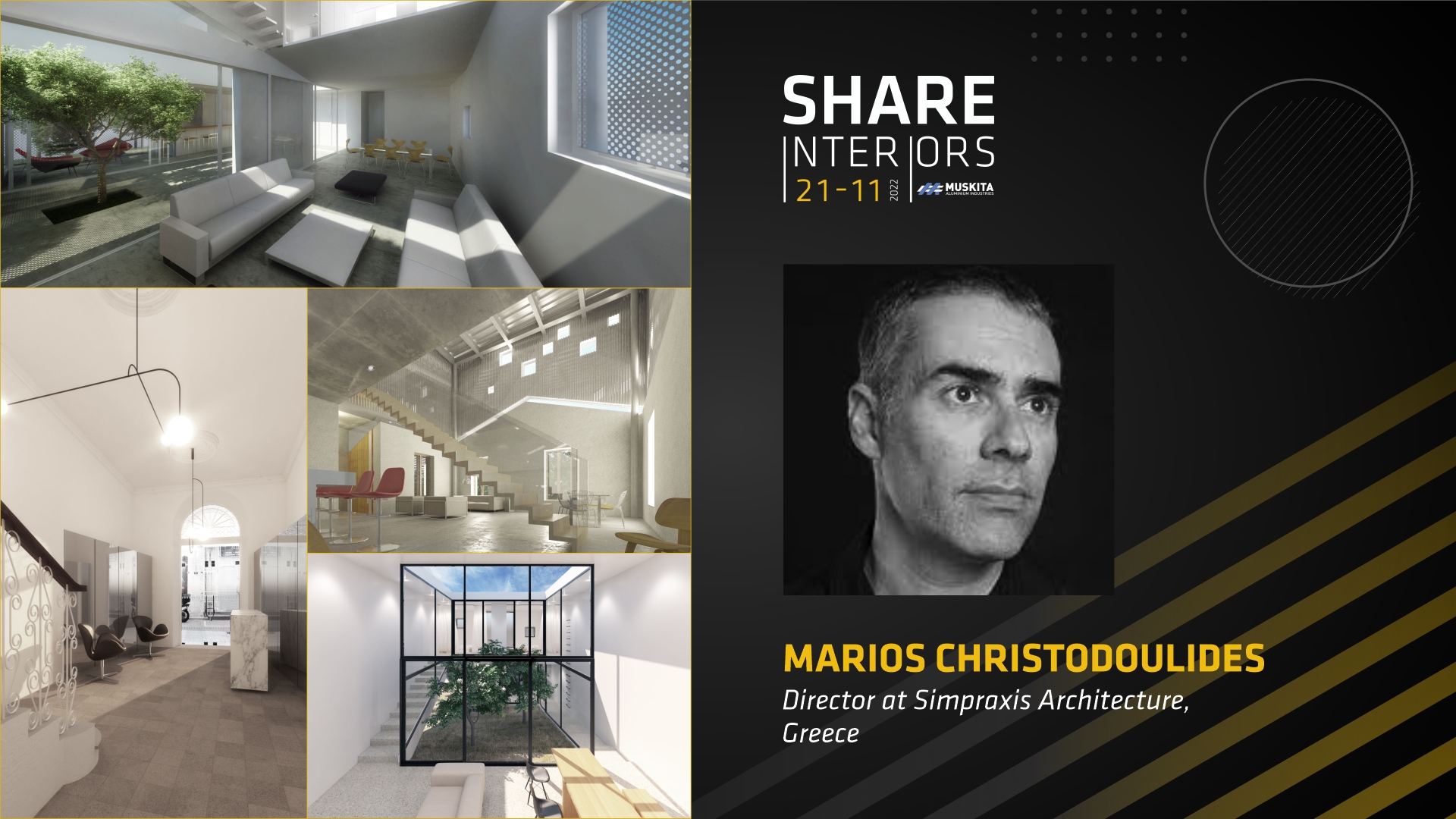 Marios Christodoulides studied at the Massachusetts Institute of Technology where his research investigated the design process in studios and the development of computational design tools.

He earned his BArch from  California State University, SLO where he was the recipient of the AIA student gold medal award. His collaborative research work has been published in journals such as Architectural Design and was exhibited at the museum of modern art in Tokyo among others. After the completion of his graduate studies he was employed in Boston, first as a junior designer and subsequently as Project Architect.

He has worked on projects ranging from housing, urban redevelopment, and university campus projects. Group work has been published in journals such as Architectural Record, Business week, and International Design, and also exhibited at MIT and the Rhode Island School of Design. In 2003 he returned to Cyprus where he set up an independent practice.

He was an adjunct faculty at the University of Cyprus from 2005 to 2009 and 2020. His Architecture studios have focused on ephemeral urban interventions. His work was exhibited at the Venice Architecture Biennale in 2006 and was an associate curator with Peter Cook for the Cyprus Pavilion in 2008. Build and theoretical work has been awarded in competitions and published in the local media as well as abroad.