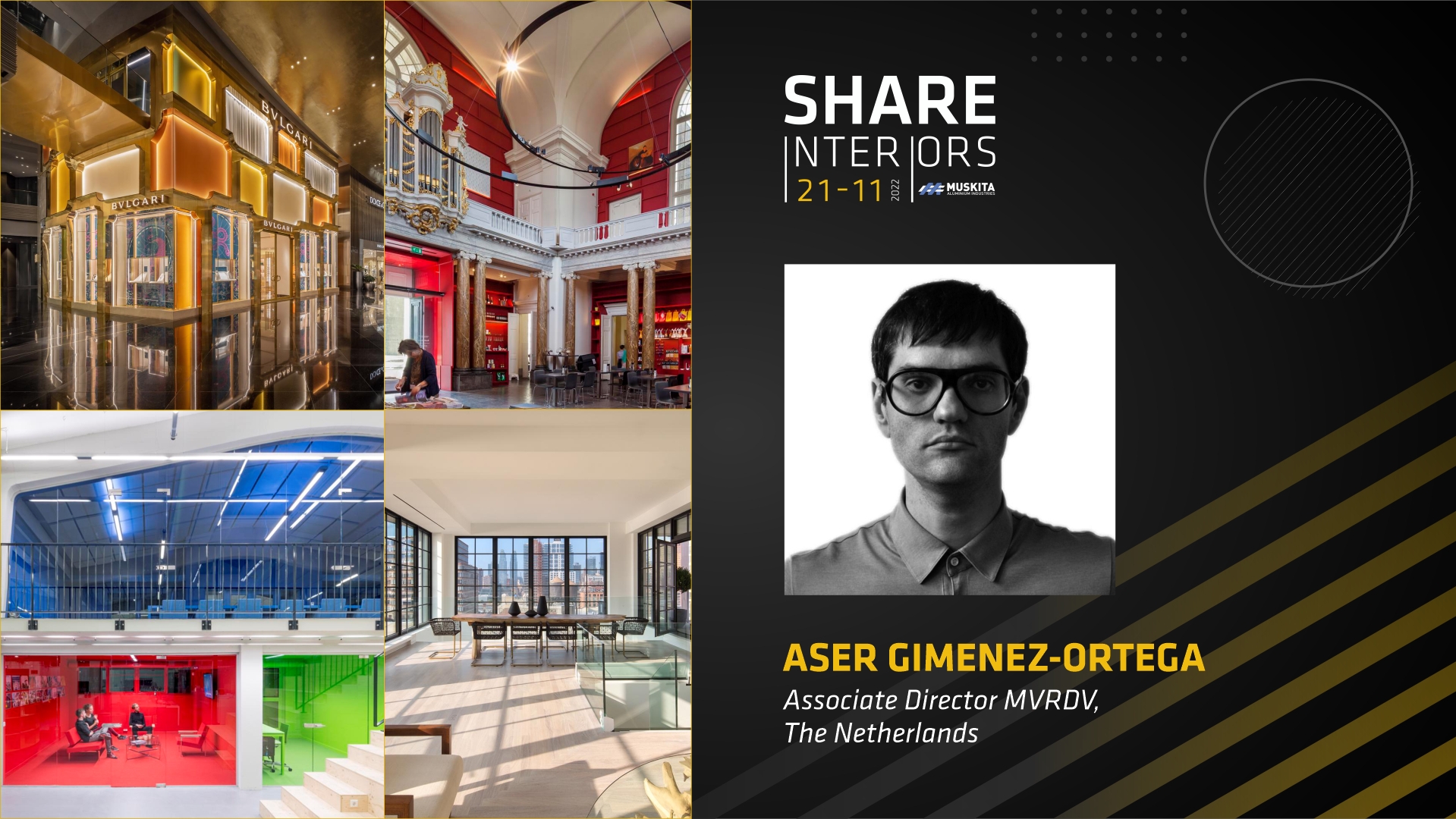 Aser Giménez-Ortega (Murcia, Spain, 1979) is a Spanish architect and associate director at MVRDV. He studied at TU Eindhoven, the Netherlands and Universidad Politécnica de Valencia, Spain, graduating with a Masters in Architecture in 2005. Before joining MVRDV, he worked as an architect and urban designer in Spain, Brazil, and the Netherlands.

Aser joined MVRDV in 2007, and has experience leading projects of various scales and phases, ranging from masterplan to interior design and from concept to construction. Aser overlooked the conceptualization and realization of Oslo’s DNB bank headquarters and Shanghai’s Hongqiao CBD, both exemplary green projects with a fast, smooth construction process.
“For me the quality of MVRDV projects lays in the combination of a visionary ambition with radical pragmatism,” he says. “We have a sense of fun, which is rare in architecture, but without being shallow, which enables us to tackle global urgencies while maximizing playfulness in the built environment.”

Aser’s other works include the transformation of a former concrete factory into Roskilde Festival Folk High School and The Vertical Village research in collaboration with The Why Factory. He is also responsible for a range of interior and retail projects both in Europe and in Asia, such as the façade for the BVLGARI flagship store in Kuala Lumpur, Malaysia and a temporary Dolce & Gabbana store in Paris.

He has lectured and conducted student workshops in different cities and universities such as The Hague, Oslo, Istanbul, Lisbon, Jerusalem and Plovdiv.